Lynwood – Hosler Middle School eighth-grader Andrew Boyd leaped as high as he could but could not reach the basketball held in the outstretched hand of 6-foot-5 Los Angeles Lakers legend Michael Cooper.

Like Boyd, many Lynwood Unified youngsters were inspired to reach for their goals after Cooper visited with about 100 District students on Feb. 6 at Cesar Chavez Middle School, where he shared secrets to his success and put them to the test during brief shooting drills.

The event gathered students from Hosler, Lynwood and Chavez middle schools in a Think Together after-school program to interact with Cooper, who starred with the Lakers in the 1980s alongside Magic Johnson and Kareem Abdul-Jabbar.

“He’s pretty tall, and I didn’t realize that he played in the NBA for 12 years,” Boyd said. “He gave me confidence that I can make my dreams happen if I work hard and stay focused on the right path.”

Cooper attended his hometown Pasadena City College and said his lack of focus on academics almost derailed his basketball hopes.

“I was an athlete student instead of a student athlete,” Cooper said. “I became academically ineligible to play basketball during my freshman year and had to sit out games away from my team. It was a fork in the road and I knew I had to improve as a student.”

Cooper solicited the help of counselors and professors to create better study habits, improving his grades enough to transfer to the University of New Mexico, where he caught the attention of the Lakers. The team drafted him as a third-round pick in 1978.

Cooper credits his success to what he calls the “five Ds”: determination, dedication, desire, discipline and decision-making.

“Basketball was just a small portion of who I am, but the lessons I learned as a student have helped me to become successful in life,” he said.

Lynwood Unified students, along with Chavez Principal Maria Pimienta, showed off their jump shots during shooting exercises that evoked cheers from the student audience.

Cooper answered questions about his relationship with former Laker Kobe Bryant, retirement, and whether he can still dunk – he cannot – during a Q & A session.

“To have Michael Cooper interact with our students and share his journey with them humanizes his great success,” Lynwood Unified Superintendent Gudiel R. Crosthwaite said. “Our students were inspired to tackle their own challenges and work their way to positive results.”

Cooper’s visit to Lynwood was arranged by Think Together, a program that partners with California schools to expand learning programs for students.

“We are thankful to Think Together and Michael Cooper for coming together to embolden our students to dream big,” Lynwood Board President Alfonso Morales said. “We look forward to the day when some of today’s Lynwood students return to share their own stories of achievement.”

020918_LUSD_MICHAELCOOPER1: Los Angeles Lakers legend Michael Cooper talks with a student during a visit to Cesar Chavez Middle School on Feb. 6. Cooper shared secrets to his success and put students to the test during brief shooting drills. 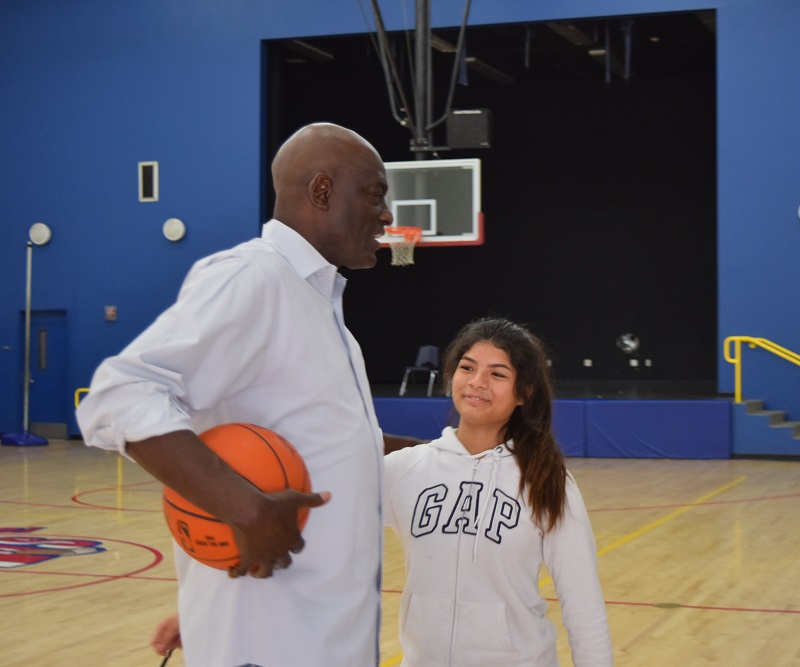 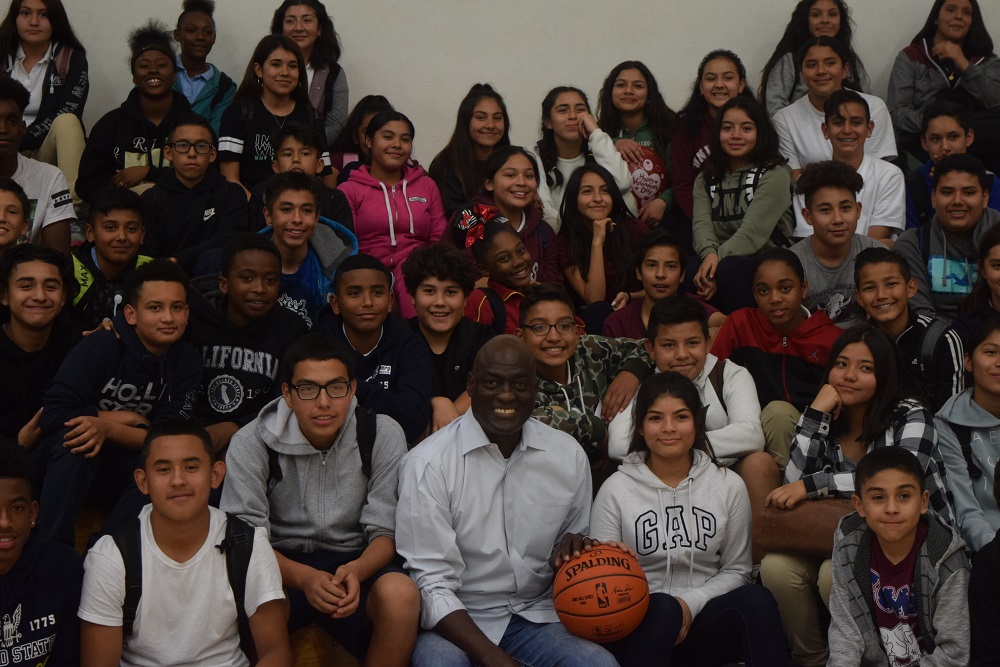