Holland eighth-grader Lorenzo Gomez had a flash of panic at the VEX State Championship when he realized that his USB drive with the programming for the team’s robot was left in the classroom.

Gomez, lead programmer for the Bulldog’s robotics team 68689B, pored over his laptop to identify and input the correct coding instructions prior to the day’s tournaments on March 9.

After a series of all-day competitions, team 68689B outmaneuvered its opponents and excelled in the autonomous period, earning top points in the qualifying portion and ending the tournament with a spotless 7-0 record.

“A major reason why we won was because of the autonomous programming and our points for the driver control component,” Gomez said. “As the team’s programmer, it will be a great experience to go to the World Championship and see how other teams program and deal with solutions.”

This is the second year in a row that a robotics team from Holland Middle will represent Baldwin Park Unified and California at the VEX World Championships.

“When we found out that we won, it was exciting and felt like a dream,” Holland Middle School eighth-grader Danny Li said.

Li serves as the driver coach, and was on the Holland team that made it to the World Championship in 2018.

“What I learned from last year, I can share with my team mates and help them with what they need,” Li said.

In preparation for the World Championship, Holland’s team upgraded its programming to a next generation hardware and software that allows for easier bot coding and control. 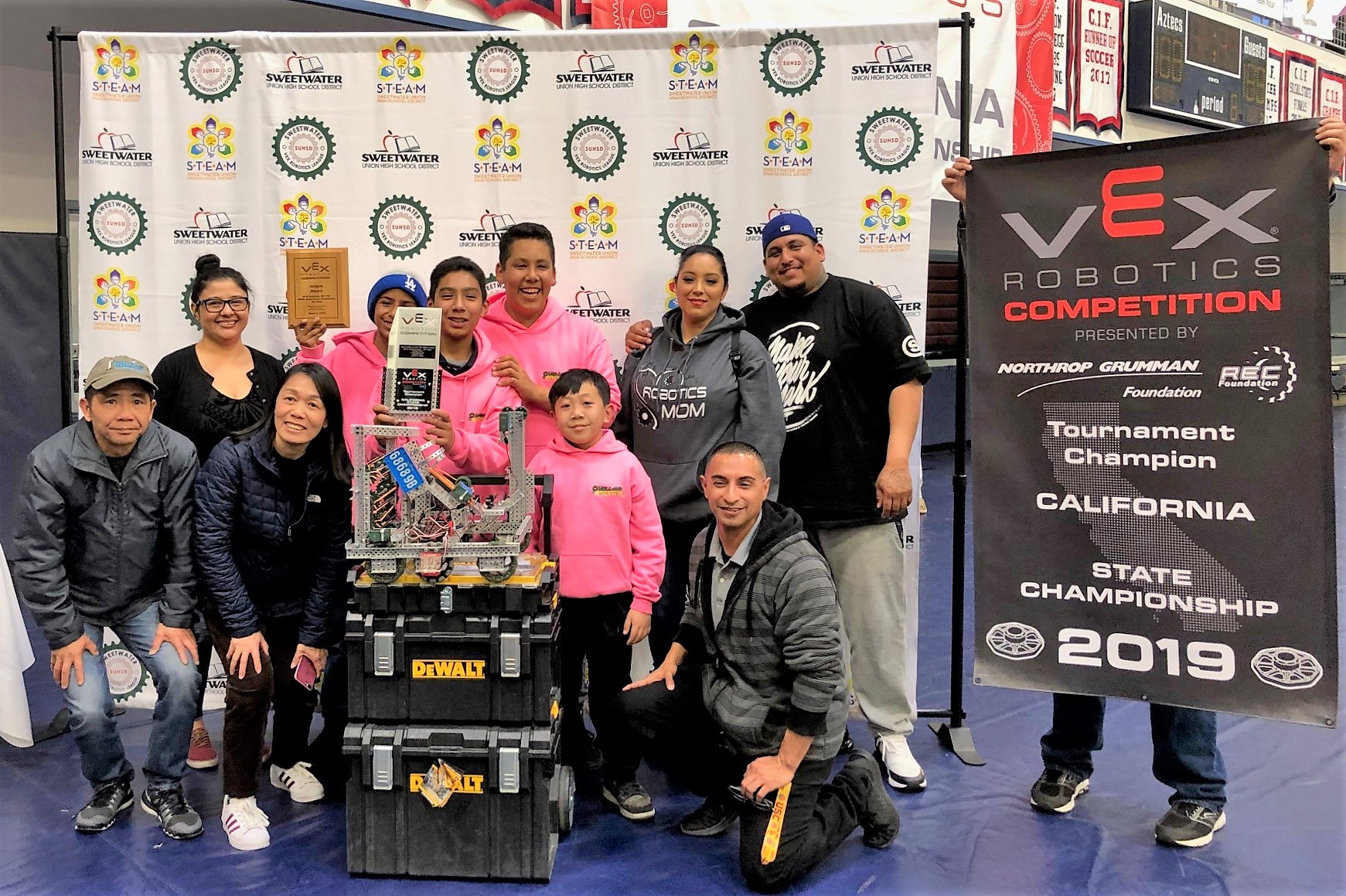