CITY OF INDUSTRY – Hacienda La Puente Unified School District’s new Board of Education members, Gino Kwok, Esq. and Nancy Loera, as well as returning Board member Jeffrey De La Torre, took their oath of office during the Board meeting on Dec. 13.

State Senator Bob Archuleta swore in Kwok and Loera, while De La Torre was sworn in by daughter Anna Maria De La Torre, mother Maria De La Torre and wife Elena De La Torre. During the meeting, the Board reorganized for one-year terms, electing Christine H. Salazar as Board president, Stephanie Serrano as vice president and Jeffrey De La Torre as clerk, with Leora and Kwok serving the community as Board members.

Kwok, the new representative of Area 4, previously served on the Board from 2011 to 2020, twice serving as its president. His notable achievements on the Board include the establishment of a summer math enrichment program at the middle school level, helping to create and expand the Spanish, Chinese, and Korean Dual Immersion Programs and spearheading a $45 million capital improvement project for schools across the District.

Kwok also said he looks forward to using his expertise in public education and the law to help address the long-term mental, emotional and physical effects that the COVID-19 pandemic has had on students.

Sixth-grade teacher Loera is taking over representation for Trustee Area 2. She has worked as an educator for 18 years in Compton Unified School District and said she is looking forward to using her expertise as an educator to serve the students and staff of HLPUSD.

Loera said she is a huge proponent of the District’s Science, Technology, Engineering, Arts, and Math program and the Visual & Performing Arts pathways, and aims to advocate for these programs and other similar educational endeavors while serving the Hacienda La Puente Unified community.

Returning Board member and representative of Trustee Area 5, De La Torre has been an educator for more than 30 years. In his next term on the Board, De La Torre said he hopes to see the implementation of ethnic studies in schools and the completion of District facility projects, including the Center of the Performing Arts, Aquatics Center and William Workman High School Sports Complex.

De La Torre added that he looks forward to advocating for educational equity for all students, transparency in the District’s use of resources and continuing to incorporate supportive and innovative learning experiences for all students.

“We are incredibly fortunate to have such an outstanding Board of Education serving our students and community,” Superintendent Dr. Alfonso Jiménez said. “At Hacienda La Puente Unified, we continue to develop, sustain, recognize and promote programs of excellence and strong partnerships with parents and the community. Together, we will work to ensure all students in the District will succeed in meeting high standards and achieving immeasurable success.”

HLPUSD_BOARDMEMBERS1: Re-elected Board member Jeffrey De La Torre and his family celebrate after being sworn in to office on Dec. 13.

HLPUSD_BOARDMEMBERS2: Gino Kwok brings his family to the podium upon being sworn in by State Senator Bob Archuleta during the HLPUSD Board meeting.

HLPUSD_BOARDMEMBERS3: State Senator Bob Archuleta swears in new Hacienda La Puente Unified Board member Nancy Loera in front of her family and the District community during the Board meeting on Dec. 13. 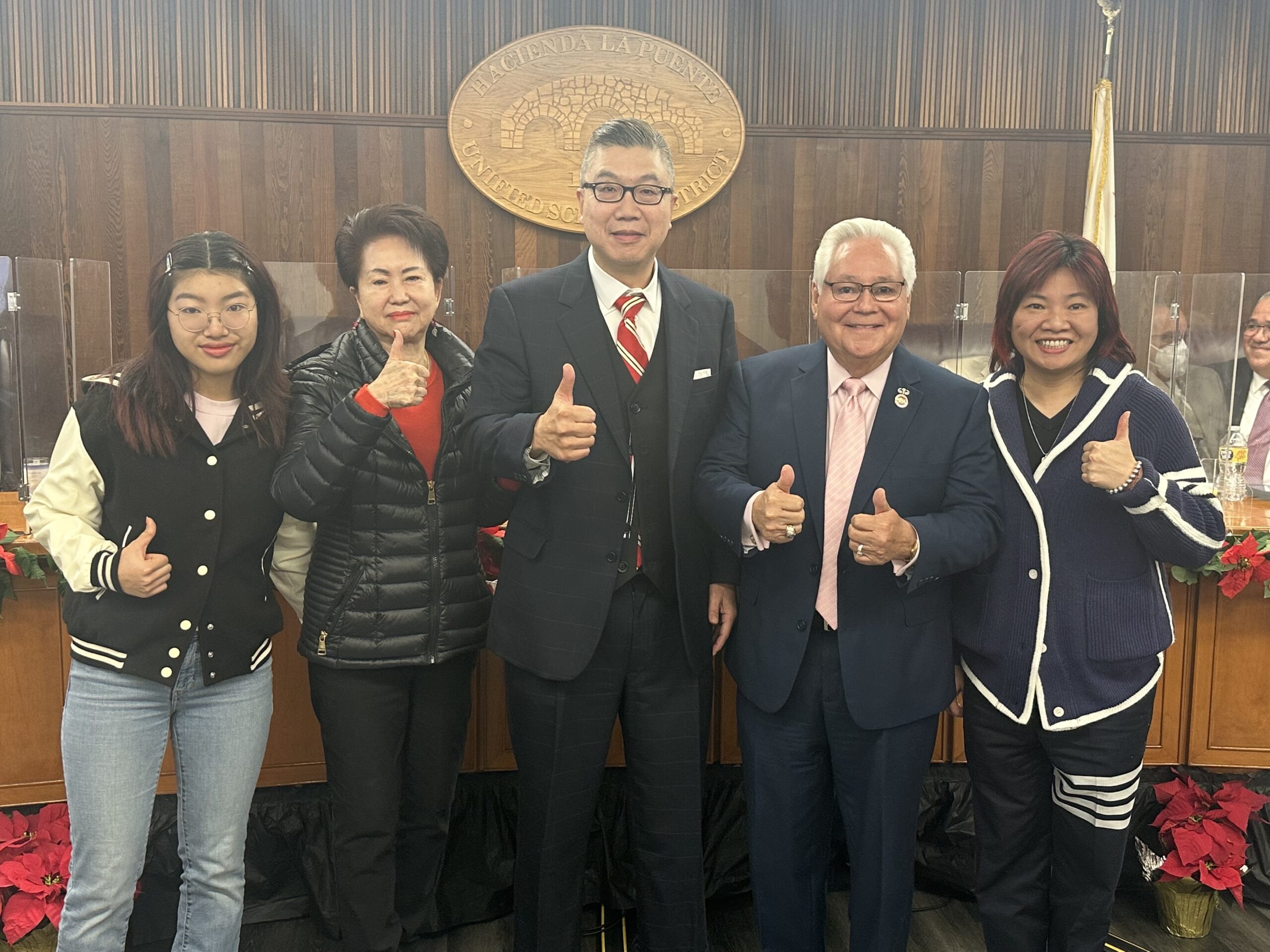 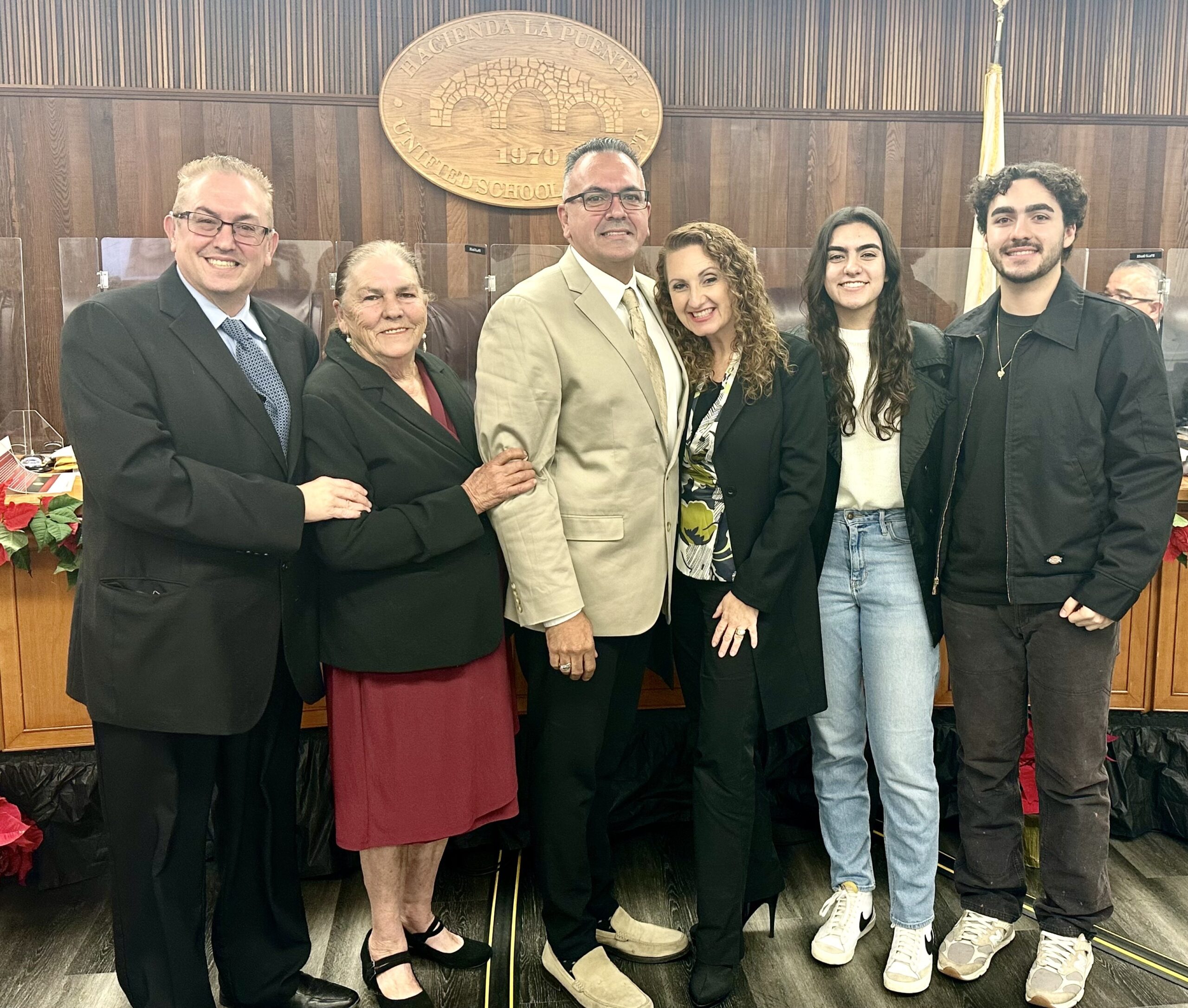 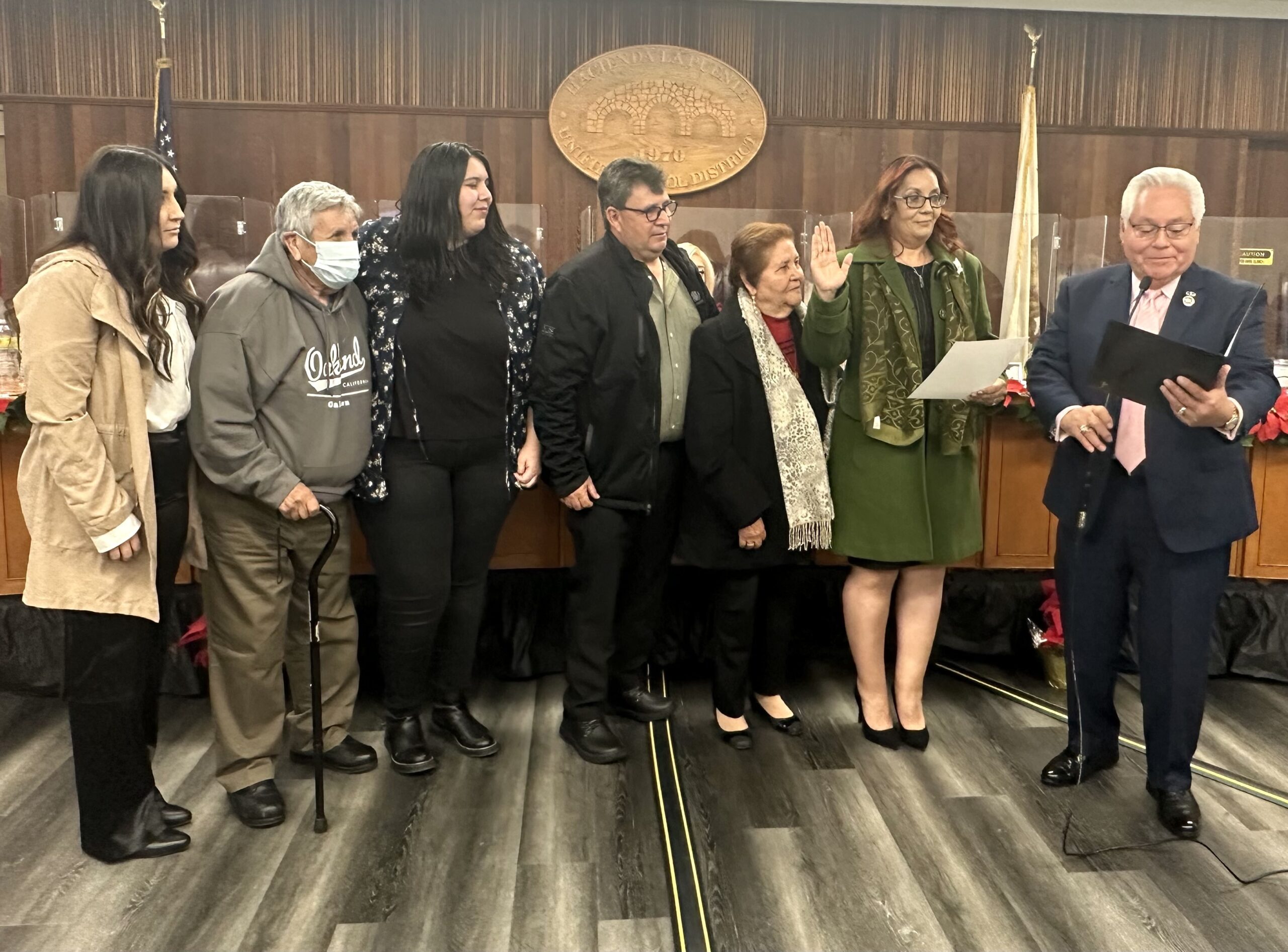