Tang became Gabrielino’s 20th individual state champion in the program’s 25-year history with a speech on the properties of aviation and why it is an important but overlooked career. She will be joined by 20 Gabrielino students at the National Speech and Debate Tournament, to be held June 16 to 21 in Dallas, Texas.

“Being a part of speech and debate has taught me how to work persistently, meet deadlines, find joy in what I do, how to collaborate, how to be more productive and how to manage my time more efficiently,” Tang said. “On a personal level, before being on the team, I only saw things for what they were on the surface, but now I feel that I can empathize with other’s situations

Gabrielino’s speech and debate program challenges students like Tang to enhance their public speaking and communication skills while addressing current national and global events in a highly competitive environment. 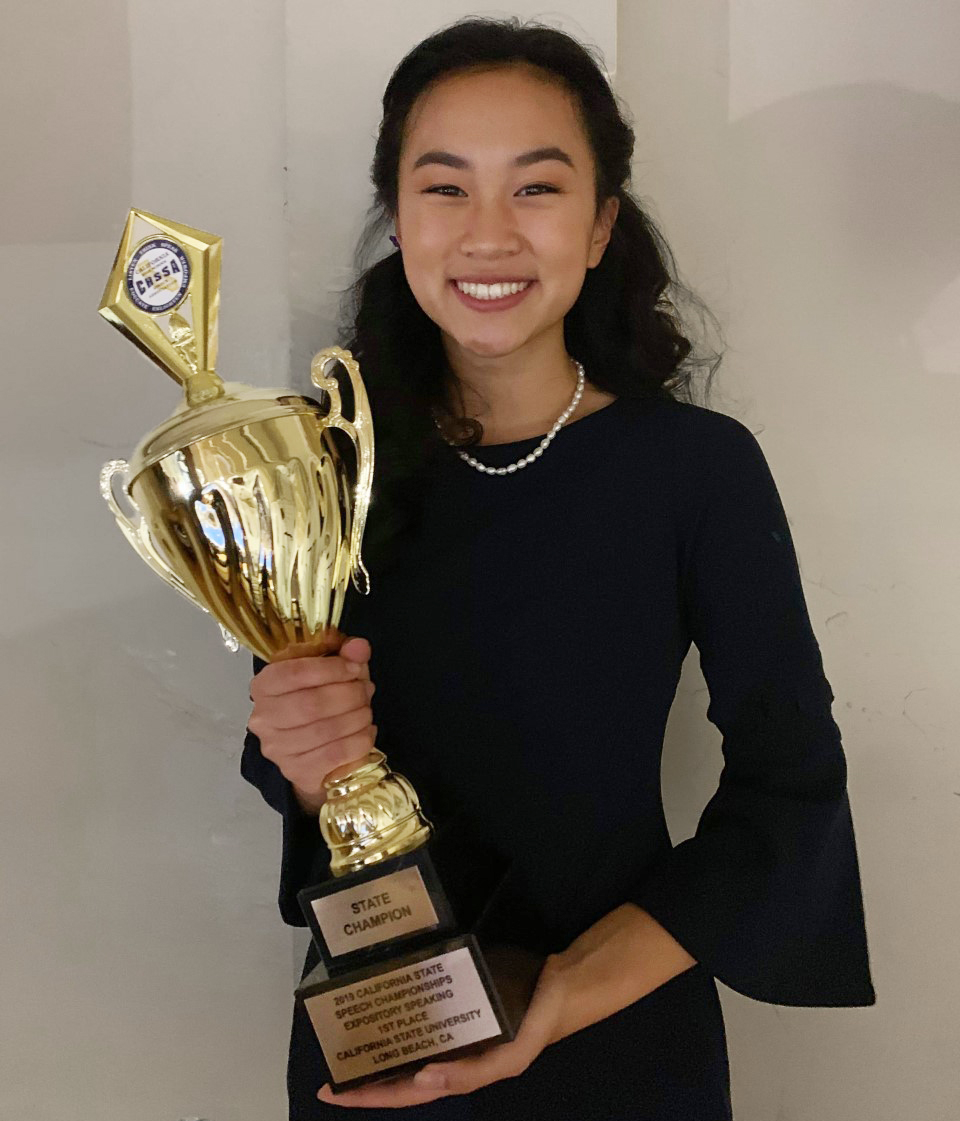