SAN GABRIEL, CA – Gabrielino High School senior Alyssa Liu received the surprise of her life during her AP physics class when a representative of Edison International arrived to announce Liu as a 2018 Edison Scholar, presenting Liu with a $40,000 STEM college scholarship.

“I thought we were just having a photo day in class,” Liu said. “I was so honored to be recognized as an Edison Scholar in front of my classmates, and so proud my mother was able to be there. She is my inspiration and role model, the one who taught me what is important in life.”

Liu, who holds a 4.8 GPA, will attend the University of Southern California, where she is still considering a major in bioengineering, environmental studies or a science field that will put her on a career track to be a surgeon.

Liu grew up as a first-generation American in an immigrant household. While her family struggled with financial difficulties, Liu grew independent and determined to succeed in school, completing 14 AP classes while holding leadership positions on the badminton team and STEM club.

“Alyssa is a true Gabrielino Tongva, putting her heart and soul into everything she does, whether tutoring elementary school students or challenging herself with a full schedule of AP classes,” Gabrielino High Assistant Principal Christopher Guyer said. “Alyssa is a quiet leader, and we have great expectations for her in college, career and beyond.”

Liu is a member of Interact Club, volunteers for Big Brother/Big Sister and tutors students at the San Gabriel public library. Liu also served as a Student Ambassador for the Rose Parade, where she greeted guests from around the world, helped organize the high school marching bands prior to the parade and assisted in building floats.

“Alyssa Liu represents the caliber of high-achieving scholars we have in San Gabriel Unified,” San Gabriel Unified Superintendent Dr. John Pappalardo said. “As an Edison scholar, Alyssa will have the opportunity to pursue academic and professional opportunities that could change the world. Congratulations to Alyssa for this tremendous honor.”

051818_SANGAB_EDISON_SCHOLAR: Gabrielino High senior Alyssa Liu and her mom pose with the surprise check for her $40,000 Edison International STEM scholarship, which will help fund her academic pursuits at USC in the fall. 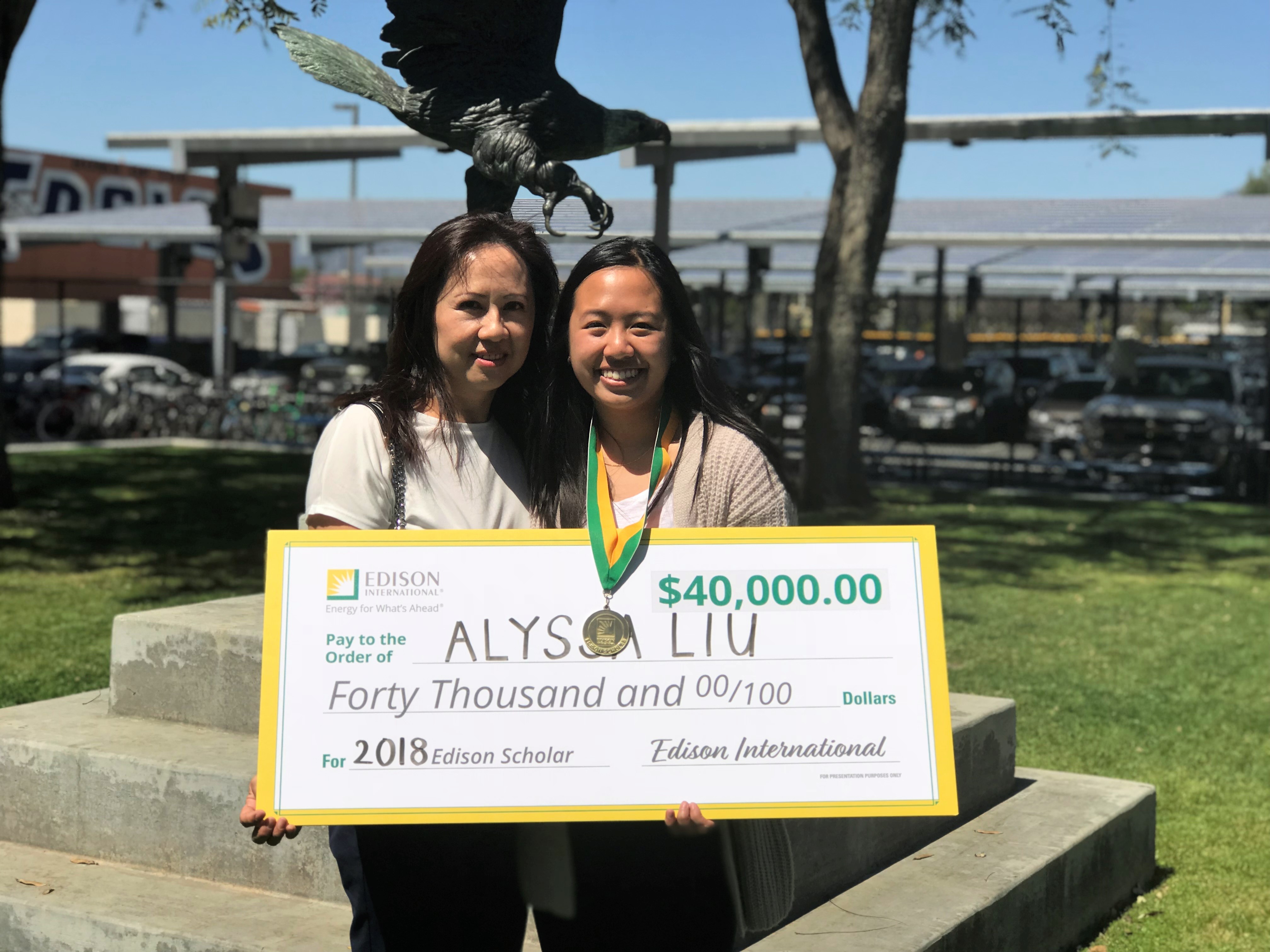