A DJ played music while visitors and alumni took a trip down memory lane, leafing through class pictures, a history of Fontana, a “Where Are They Now?” display and checking out a vintage Ford Crestline police car.

Attendees also enjoyed the presentation of colors by the Fontana High JROTC, performances from Kaiser High School’s band and Kaiser and Palmetto cheerleaders and decorations provided by Jurupa Hills High, as children colored in 50s-era cartoons like “Tom and Jerry.”

Sitting in a corner holding court was former Palmetto Elementary sixth-grade teacher Carol Ragan, who spent 36 years teaching at the District – 23 years at Palmetto – before retiring in 1993.

Ragan is the matriarch of a Fontana Unified teaching family, with son Jeff Ragan, a social studies teacher and coach at Fontana High, and Jeff’s wife, Patricia, a Palmetto kindergarten teacher, close by her side. Ragan’s late husband, Dan, taught in Fontana Unified for 35 years.

Many of Ragan’s former students stopped to chat with her and pay their respects. One former student, Kaiser High Assistant Principal Felix Jones – a Palmetto student from 1980-86 – took the time to thank Ragan for all the lessons she taught.

“The best thing about Palmetto is the relationships; I have friendships that date all the way back to first-grade,” Jones said. “Many of my friends are also educators in the District. Ms. Bowen, Ms. Dison, Ms. Ragan were teachers who made such an impact on me. They took special interest in their students and though they were strict, they were invested in your future.”

Later in the afternoon, current Palmetto students pored over memorabilia that will go into a Palmetto time capsule, including Tiger T-shirts, class photos, a Pete the Cat book, a National Geographic magazine, a list of items from the Fortnite video game and wrapping paper. The capsule will be buried under a tree in the main quad.

“Palmetto Elementary is a school with a rich history that continues to inspire with its dedicated teachers and staff, hard-working PTA members, and industrious students who are proud to be Palmetto Tigers,” Fontana Unified Superintendent Randal S. Bassett said. “It’s been a great 60 years at Palmetto, and we look forward to another 60 years of excellence.”

FUSD_PALMETTO_ANNIVERSARY2: Former Palmetto Elementary School sixth-grade teacher Carol Ragan, who spent 23 years at the school before retiring, helped the school celebrate 60 years of excellence during a gala celebration on Sept. 27. Ragan’s son Jeff is a teacher at Fontana High and Jeff’s wife Patricia is a Palmetto Elementary kindergarten teacher 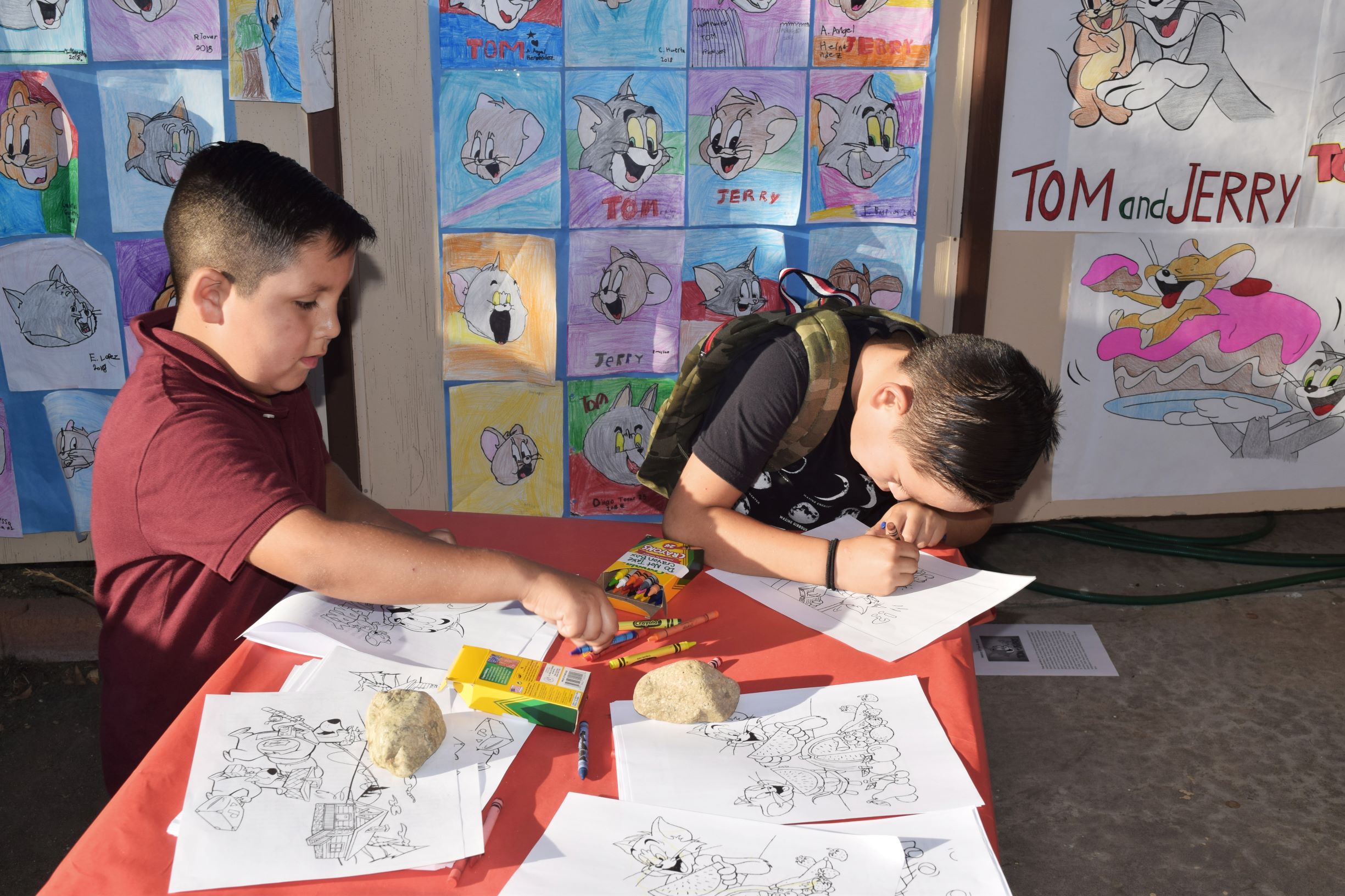 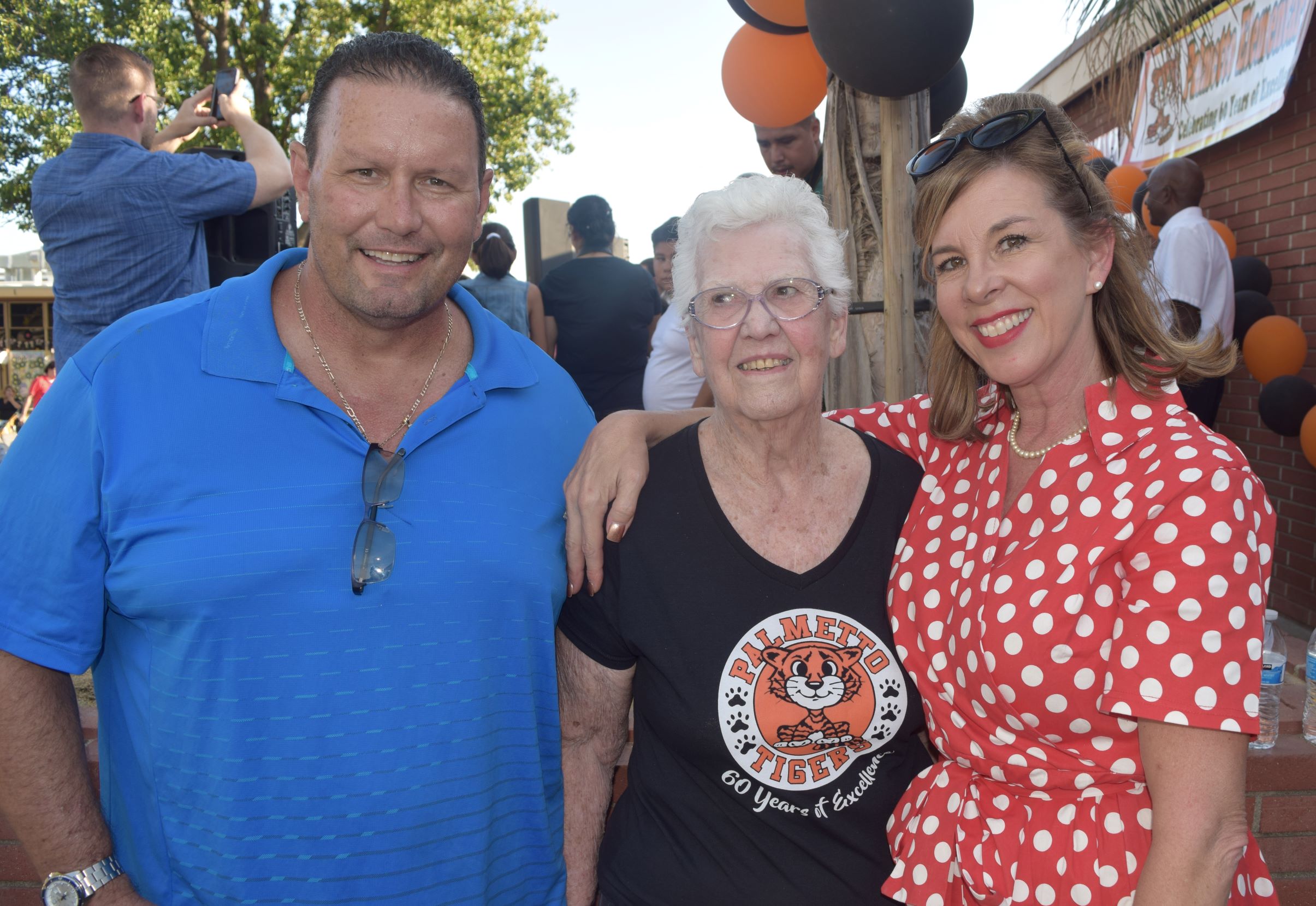