Kaiser’s band and color guard will be the featured band during the opening ceremonies of 2019 Rose Parade, and perform a show highlighting the parade’s theme, “The Melody of Life.”

“We are very proud of our band and color guard for this monumental accomplishment,” Kaiser High Principal Terry Abernathy said. “We look forward to cheering them on as they represent our school, our district and our city on a world stage.”

Kaiser’s band, known in the community for the musical support it provides to Fontana Unified’s elementary and middle schools, is among at least 20 bands from across the United States and around the world that will march in the 2019 Rose Parade.

“Our band is considered one of the premier parade bands in Southern California,” Kaiser band director Anthony Allmond said. “This selection is a culmination of years of hard work by our students and support from our community and talented musicians.”

Before marching in the five-and-a-half-mile Rose Parade, Kaiser and other bands will perform in one of three Bandfest events on Dec. 29 and 30 at Pasadena City College.

“Kaiser High School’s band and color guard exemplifies the outstanding arts programs we offer at Fontana Unified, and we are proud to see them represent our District at the Tournament of Roses,” Superintendent Randal S. Bassett said. “Congratulations to Kaiser’s talented students and hardworking staff on this well-deserved accomplishment.”

040518_FUSD_KAISER: Kaiser High School’s Catamount Pride Band and Color Guard will perform in the opening ceremonies of the 130th annual Rose Parade on January 1, 2019. Kaiser is the first Fontana Unified school to ever earn the invitation to perform in the parade. 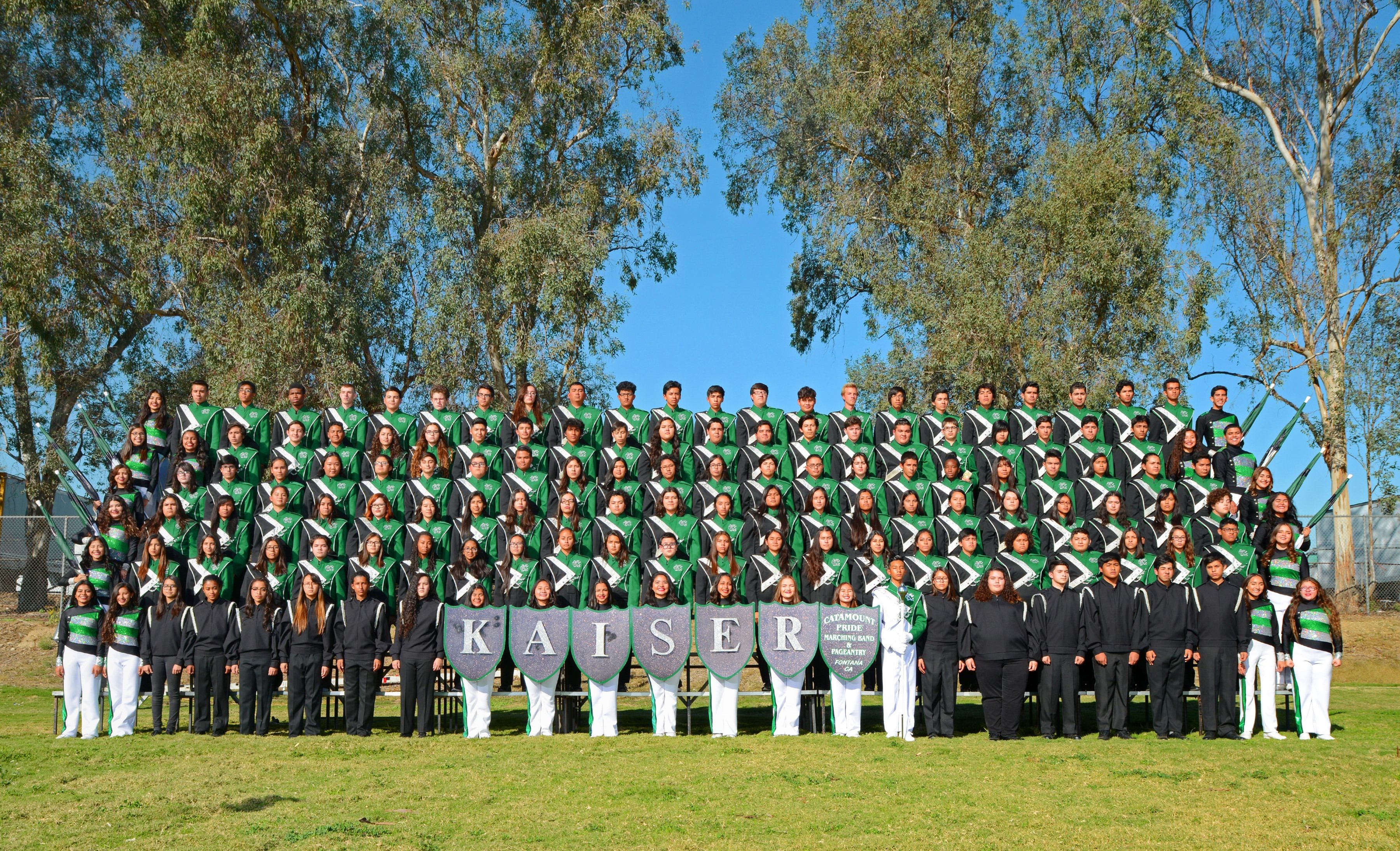