This overall graduation rate encompasses alternative education, which is traditionally lower than rates at comprehensive high schools. District grad rates also topped the 2016-17 numbers for San Bernardino County and the state, according to data released by the state Department of Education.

“Fontana Unified is dedicated to helping our students prepare for the rigors of high school, college and beyond from the moment they enroll in the District,” Superintendent Randal S. Bassett said. “We are thrilled to see our schools produce a strong number of graduates and will continue to expand and support programs that ensure lasting academic success.”

Fontana’s 2016-17 grad rate increased slightly over its 2015-16 figure of 90.1 percent, despite a new state calculation methodology that reduced the overall number of eligible graduates and yielded lower graduation rates for many school districts.

In 2016-17, Fontana Unified was also one of just four districts in San Bernardino County to post a graduation rate above 90 percent and a rate of graduates meeting UC/CSU requirements above 40 percent. Fontana Unified’s UC/CSU readiness rate climbed to 45.1 percent in 2016-17.

Fontana Unified has focused on boosting academic success and promoting college and career readiness through programs like Link Crew and Advancement Via Individual Determination (AVID), as well as Advanced Placement (AP) and International Baccalaureate (IB) programs.

Summit High School is known for its Link Crew program, which earned a 2016 Golden Bell Award for its success in providing freshmen with mentorship and guidance from upperclassmen. Part of Summit’s Freshman Success Intervention Program, Link Crew uses data and statistics to improve academic performance and ensure student achievement in high school.

Kaiser High School achieved a 96.3 percent graduation rate in 2016-17, which Principal Terry Abernathy credits in part to the peer support and intervention provided through Link Crew.

Fontana High School is an AVID National Demonstration School – a status it has held since 2006 – and serves as a model for other schools and districts implementing AVID across the nation.

Meanwhile, Jurupa Hills High has prepared students for lasting success through its two-year IB Diploma Program, which provides internationally-focused, college-preparatory instruction. Students who earn the IB diploma can receive preferential admission and credit at many colleges and universities.

“Fontana Unified’s steady graduation rates are a testament to the quality of our student support programs and the hard work of our students, teachers and staff,” Fontana Unified Board President Peter Garcia said. “As we continue to expand our academic offerings, we hope to see continued growth among student success indicators.” 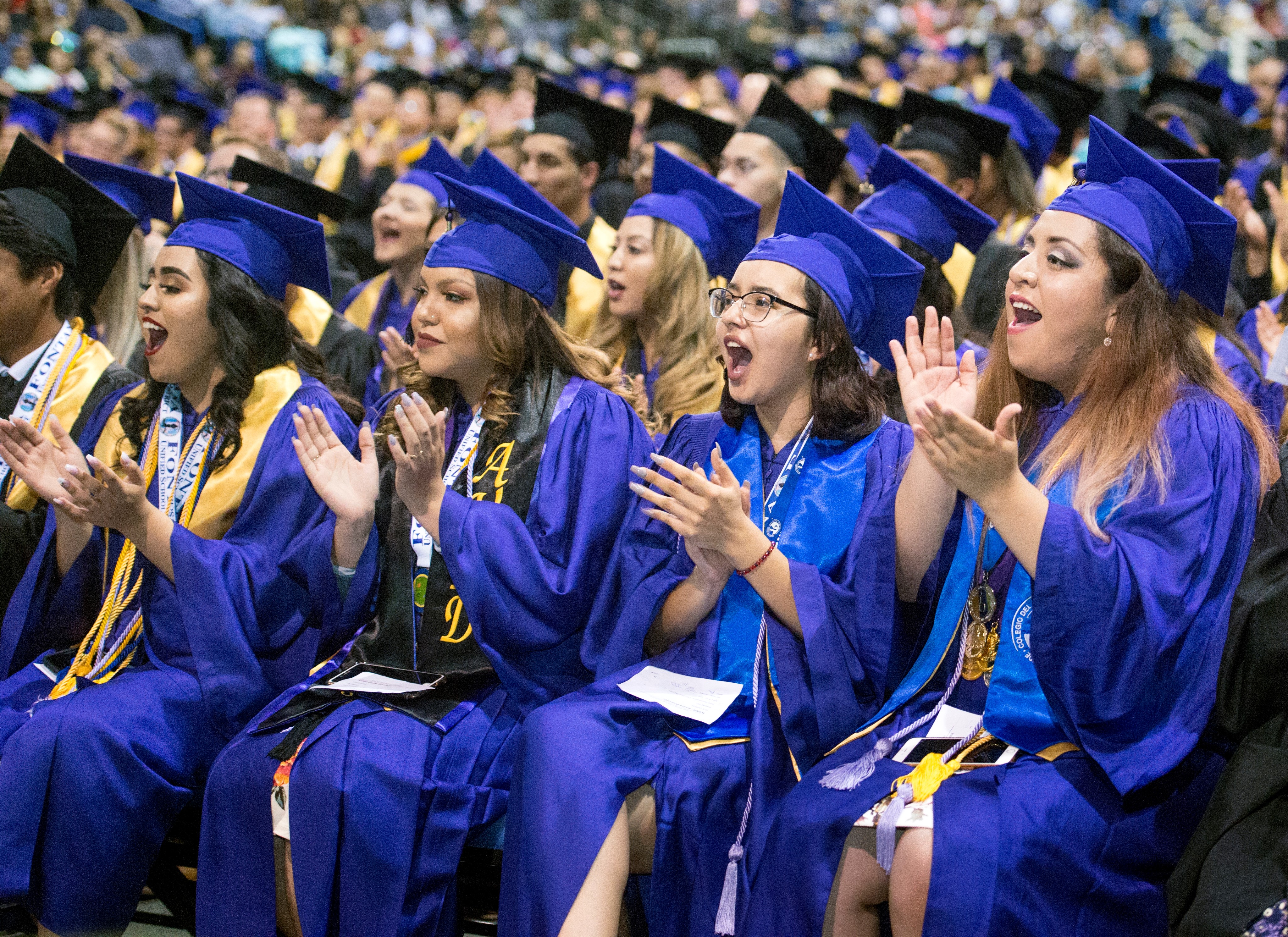