The Jurupa Hills videos were all created as segments of “The Couch,” a variety show produced by TV3 students that debuted at the beginning of the 2021-22 year. In contrast to the journalism-centered “Spartan TV,” “The Couch” focuses on developing field production and screenwriting skills, incorporating sketch humor and entertainment.

“I am so proud of my students. It is a joy to see their creativity and talent shine,” Jurupa Hills TV Production CTE pathway director Jhoann Acosta-Idda said. “Our students are storytellers at heart and watching them learn the skills to turn their stories into film, working with their friends, is simply amazing. Thank you to San Bernardino Valley College for allowing them the chance to show their work.”

Jurupa Hills senior Alexzander Zavala was recognized for his film “Impractical Spartans Tie Breaker,” a spoof on the popular Tru-TV prankster show. In the video, two Jurupa Hills students are judged on their ability to maintain a straight face while pranking their teachers – who think they are being interviewed for a news program – with a series of absurd requests and statements.

When Zavala joined the TV/Film CTE pathway as a freshman, he knew very little about film. Under the guidance of Acosta-Idda, he said he quickly realized that creating content and working in collaboration with a production team was his passion. Zavala will continue to study film at San Bernardino Valley College after he graduates from Jurupa Hills High.

“Film inspires me, and Mrs. Jho is an amazing teacher. She’s a great leader,” Zavala said. “I wouldn’t have ever thought this would be something I was passionate about, but now I have a goal of being a film director. I love working with my team. The film festival was a great experience. Being on the red carpet made us feel important and while screening the film I wanted to shout, ‘hey, that’s me!’”

“Impractical Spartans” was named an SBVC Film Festival official selection, and Zavala and his team were honored at the award ceremony. Zavala also appeared as an actor in “JHHS Killer,” a murder mystery short created by Jurupa Hills senior Trinity Lugo, which received two nominations, one for Best High School Production, and one for Best Actor, honoring Jurupa Hills senior Noel Salinas.

Each film screened at the film festival received a laurel watermark indicating its status as a screened, nominated, or winning entry. The film festival is supported by SBVC’s Institute of Media Arts (IMA). The IMA offers volunteer opportunities and internships through the PBS affiliate KVCR, which is located adjacent to the college campus.

“Congratulations to our budding Spartan filmmakers, who are receiving invaluable experience and making memories through the Jurupa Hills TV/Film CTE pathway,” Jurupa Hills Principal Caroline Labonte said. “We couldn’t do it without the enthusiasm and expertise of Jhoann Acosta-Idda, whose intuition and insight inspire our students to go beyond what they feel they are capable of doing and shoot for the stars.” 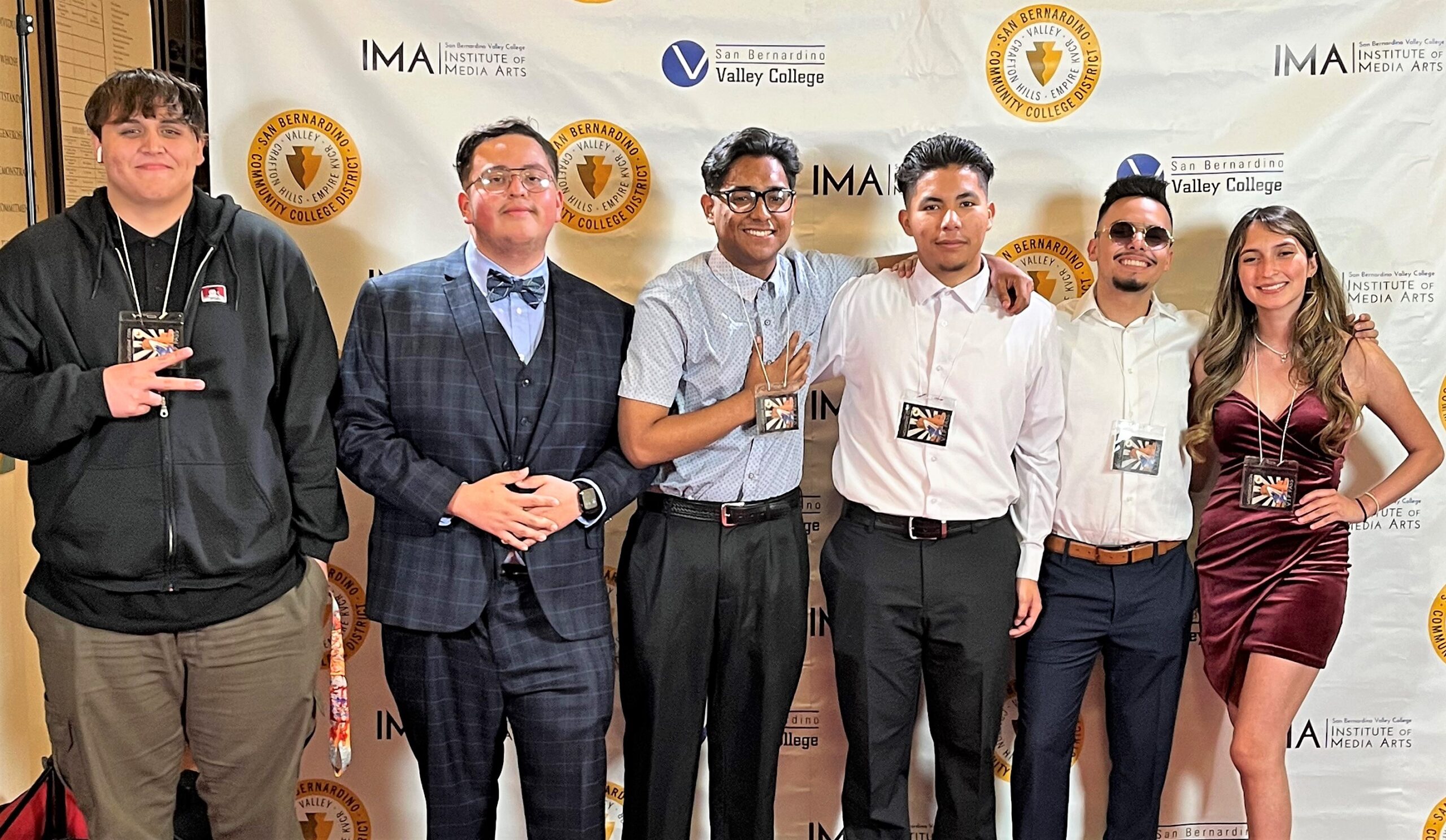