FONTANA, CA – Summit High School student Leslie Madrigal will represent Fontana Unified at the National History Day competition – which challenges students to examine history through extensive original research and creatively express their findings before a panel of historians and educators – after taking top honors at the state competition on May 5 and 6.

“I’m very excited to have made it to this far and am proud to be representing Fontana Unified,” Madrigal said. “I am proud of the project I have created and look forward to showcasing it at a national level.”

Madrigal was named a champion of the Individual Exhibit category in both the regional and state competitions for her project, “The Non-Proliferation Treaty: The Decision to Save the World.”

Her project – a 6-foot-tall exhibit with collages of photos and historical facts – focuses on the panic caused by the U.S.-Soviet Union nuclear arms race and the efforts to create a compromise through the Non-Proliferation Treaty.

“I chose this topic because we still see discussion about nuclear weapons on social media today,” Madrigal said. “I wanted to highlight the panic and conflict this issue caused in the past, and how it remains relevant today.”

This is Madrigal’s sixth time competing in History Day and her first time advancing to the national level. She will present her project at National History Day from June 10-14 in Maryland.

“We are proud of all the Fontana Unified students who took on the challenge of History Day and produced well-researched, visually impressive projects,” Fontana Unified Randal S. Bassett said. “We wish Ms. Madrigal the best of luck as she represents Fontana Unified at the national competition.” 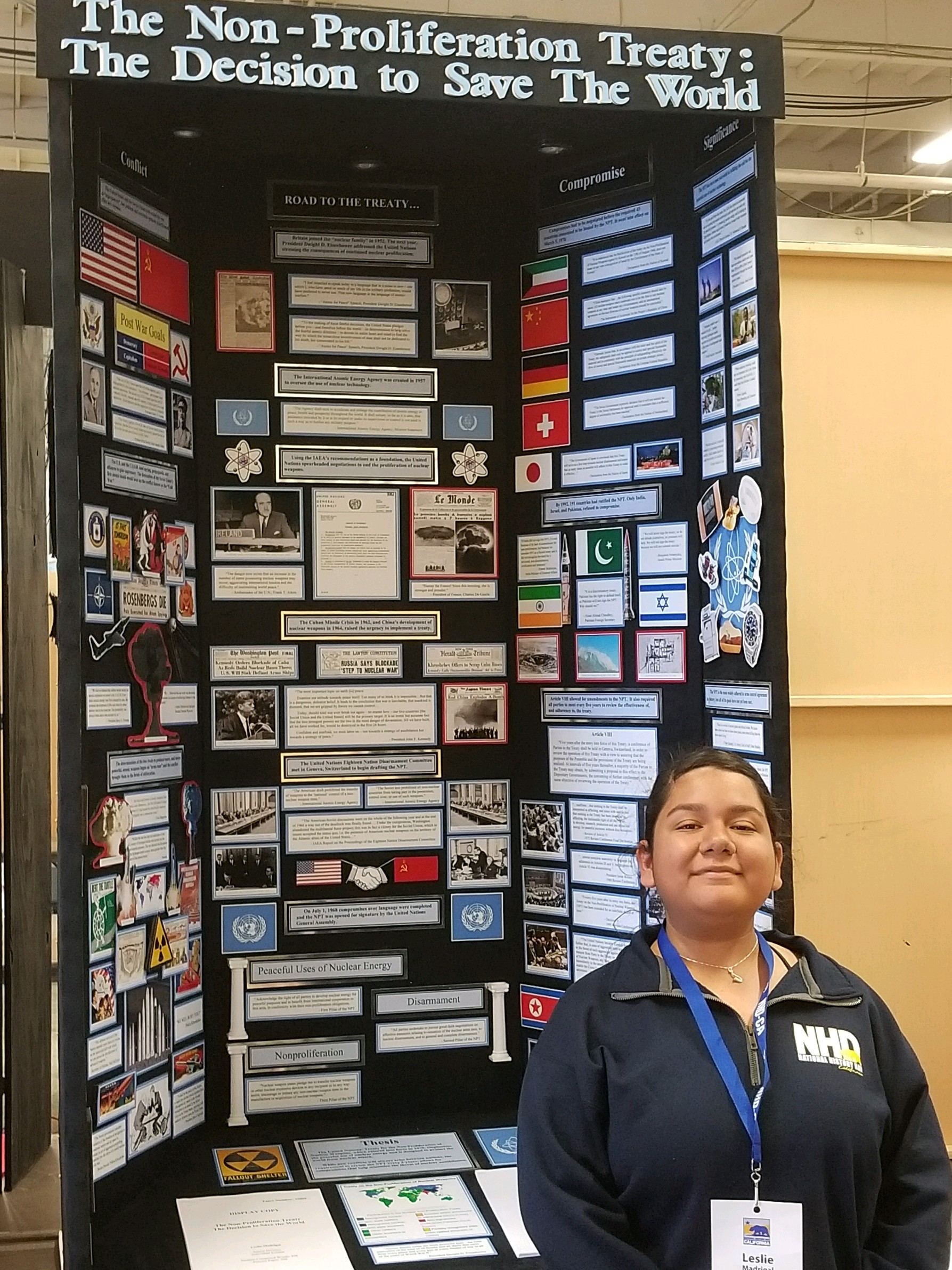