FONTANA, CA – Family means everything to Jurupa Hills High School senior Alejandro De La Torre, who routinely rises at 5 a.m. so he can better balance his studies and cross country training, while also making time to work at his father’s auto repair shop and serving as chief nutritionist and caretaker for his parents.

De La Torre, who said he feels he can best serve his family and community by learning more about e-commerce and pursuing a law career, will attend the University of Wisconsin at Madison to pursue his goals, thanks to a full-ride Posse Foundation scholarship. He is among just 10 Los Angeles Posse Scholars who were selected to attend the school.

“To me, winning the scholarship reaffirmed my parent’s sacrifice in giving me and my siblings the opportunity to study and live a life with stability,” De La Torre said. “I hope to contribute to the legacy of the program and my college with my future work as a corporate lawyer and serve as an agent of benevolent change. Thank you to all of my great mentors and the friends I have made at Jurupa Hills.”

De La Torre, an International Baccalaureate Diploma Programme candidate ranked first in his class with a 4.72 GPA, keeps an extremely busy schedule. In addition to his academics, De La Torre serves as the Jurupa Hills cross country team captain, is first chair saxophonist and lead woodwind in the Jurupa Hills concert band, and acts as Jurupa Hills student representative and advisory board member for the Fontana Unified Superintendent Advisory Committee. He is also an altar server for his church.

Despite all his extracurriculars, De La Torre said his primary responsibility is to his family. Because his father cannot afford to hire staff to work at his shop, De La Torre spends much of his free time assisting him after school and on weekends.

“Since arriving at Jurupa Hills as a freshman, Alejandro has been an academic standout and campus leader,” Jurupa Hills counselor Mary Malloy said. “Alejandro is super focused and driven. He has established goals for himself and knows what he wants to do. Family and college are his priorities and earning a Posse scholarship is the culmination of his years of hard work and dedication.”

De La Torre serves as the main translator in the family and is also in charge of grocery shopping and cooking. Both De La Torre’s parents have diabetes, but through a rigorous diet plan monitored by De La Torre, they have both lost 30 pounds and are on track to recover.

De La Torre expanded his computer science and online skills as a member of the Pomona College Academy for Youth Success (PAYS) college-prep summer program. Working with PAYS classmates, De La Torre studied HTML, CSS and JavaScript, learning how to build a website. Through his research, De La Torre gained insight into what constitutes digital space and an understanding of online systems.

The Posse Foundation is a national nonprofit that recruits promising students from diverse backgrounds and prepares them for higher education and careers in lucrative professions, supporting these students with specialized initiatives that ensure they achieve at a high level and complete their schooling.

“Congratulations to Alejandro De La Torre, whose hard work and dedication has been rewarded by the Posse Foundation,” Jurupa Hills High Principal Caroline Labonte said. “From the moment Alejandro came to Jurupa Hills he has been a leading scholar and a true campus leader. We are certain that he will continue to achieve at a high level at the University of Wisconsin.” 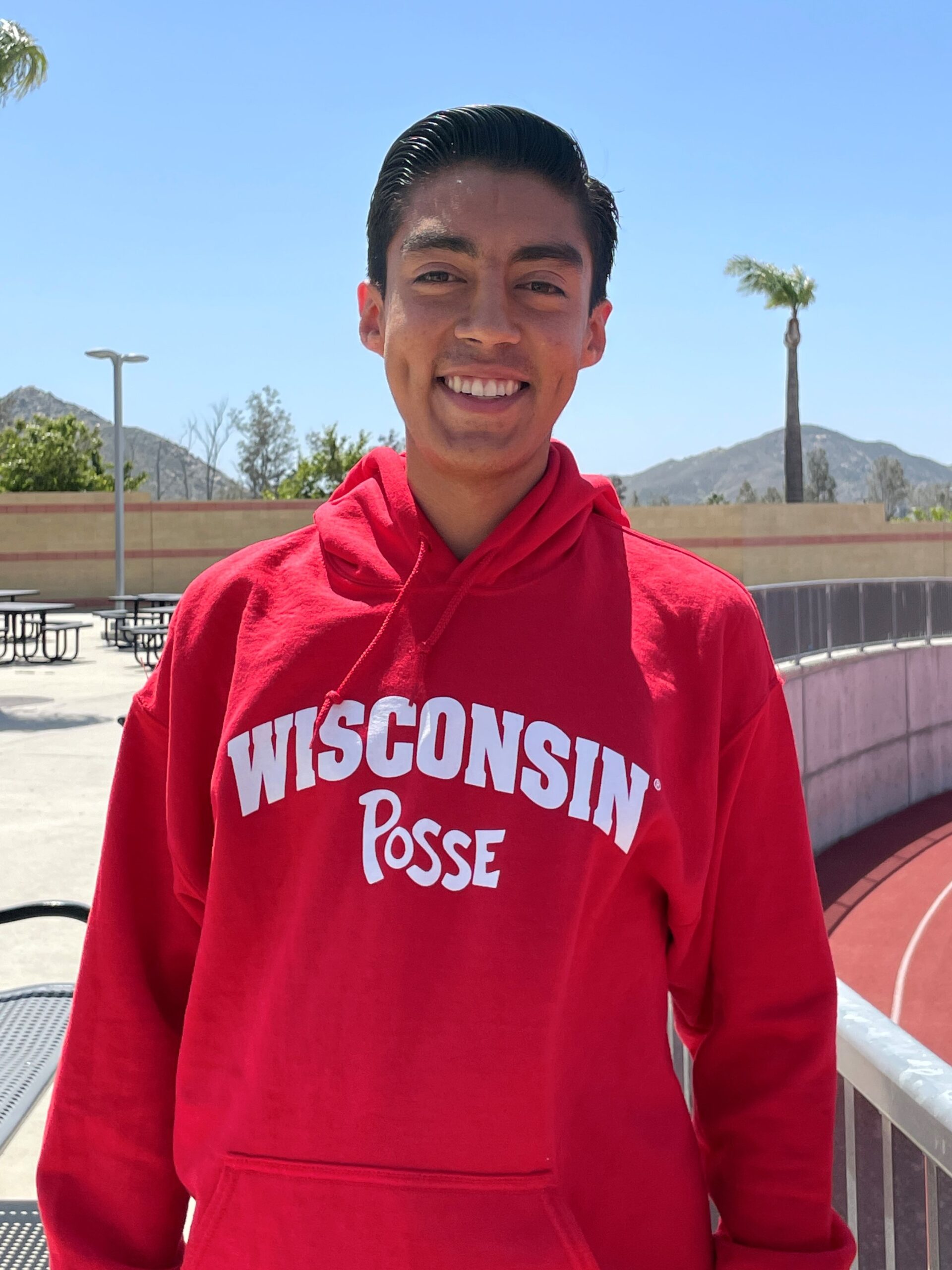