FONTANA, CA – A.B. Miller High School senior Damien Herrera has always had an interest in flying – one that turned into a passion through the school’s aviation career technical education (CTE) pathway. Now, Herrera will have the opportunity to turn that passion into a career, aided by a $10,000 scholarship from the Experimental Aircraft Association (EAA).

Herrera, who was surprised with the scholarship on Nov. 11, is the second A.B. Miller aviation student to receive a scholarship this year. Fellow senior Nathan Aguilar also secured one in June 2022 from the EAA, a community of engaged aviation enthusiasts dedicated to growing participation in aviation.

The U.S. Bureau of Labor Statistics projects there to be more than 18,000 openings for airline and commercial pilots each year, on average, until 2031. The median annual wage for airline pilots, copilots, and flight engineers was $202,180 in May 2021.

“We’re definitely trying to fill that need,” McGlocklin said. “Damien and Nathan’s success is huge to show all the other students that it’s possible. The more students see that, the harder they’re going to end up working because there’s a lot of aviation scholarships that go unfilled.”

After high school, Herrera plans to attend a four-year college to complete his degree, pilot certificates, and ratings. His goal is to move up the ladder from flight instructor to commercial airline pilot and one day, to be a captain at United Airlines. Herrera said the $10,000 scholarship from the EAA will make that pathway much easier, as it will cover the cost of his private pilot certificate once he takes his written exam in December.

“This is going to help me a lot, not having to pay a super expensive first step,” Herrera said. “That was a big stress relief for my family, knowing I don’t have to stress my mom over having to pay for this. I was awarded this, it’s such a blessing.” 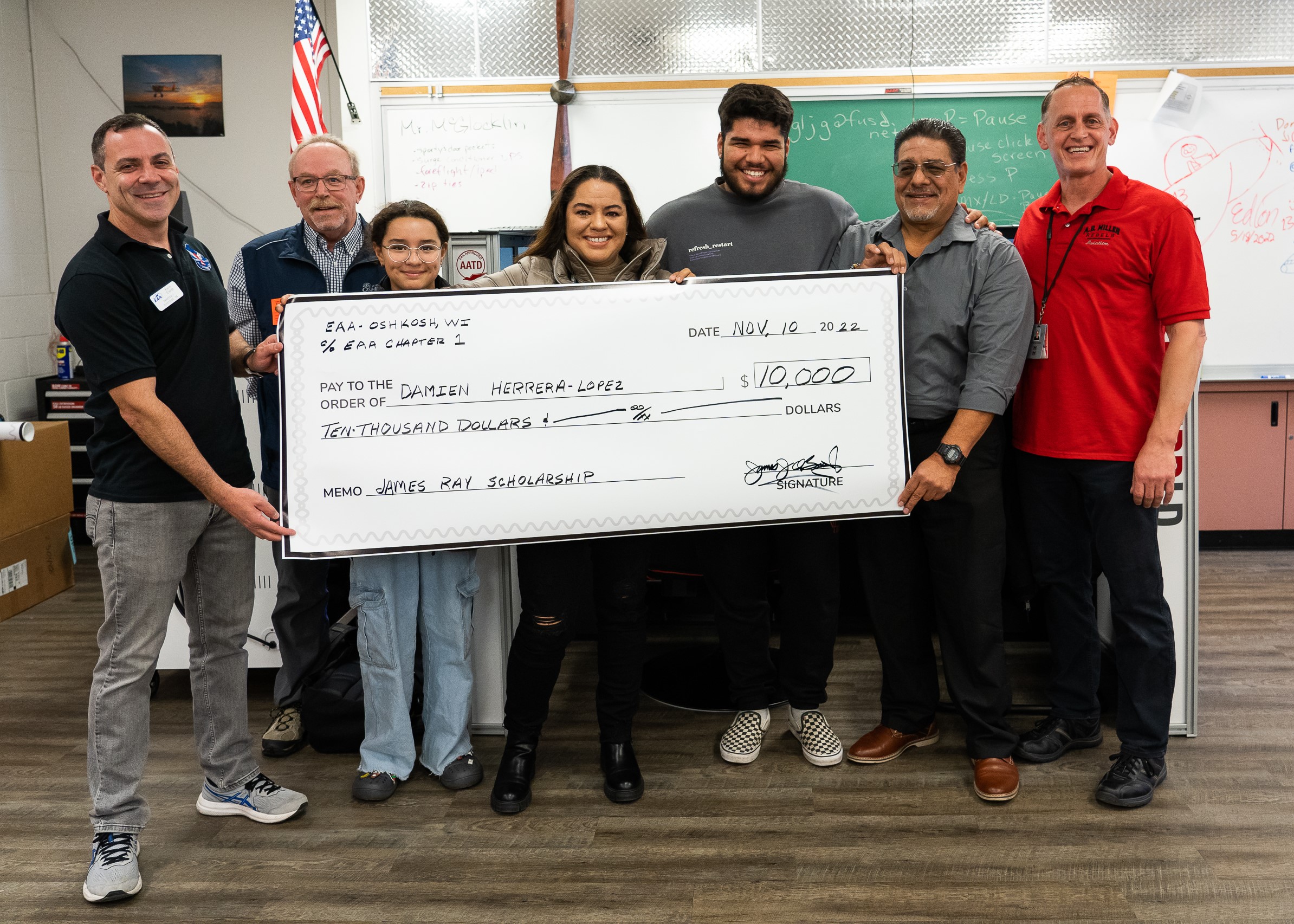