FONTANA, CA – Two Fontana Unified scholar-athletes will take their games to the next level after signing letters of intent to play college ball with Western Athletic Conference universities.

Mayes, a two-time All-League defensive back for the Spartan football team, is fulfilling a dream he has had since he began playing football at the age of five.

“It’s really a great feeling. This is something I’ve been looking forward to my whole life,” Mayes said. “I have a great support system behind me. It’s a village. My family, my friends, my coaches and my teachers have all been there for me. It means a lot to me that my family will be able to come see me play at the home games.”

Mayes credits Jurupa Hills football coach Citos Marinez for having the confidence to use him as both a shut-down defender and as a deep threat wide receiver on offense. Mayes also starred as a sprinter on the Jurupa Hills track team, running 100 meters, 200 meters, 110 meter hurdles and 4×100 relays. Additionally, Mayes played for the Jurupa Hills basketball team, serving as the Spartans’ shooting guard.

“I can’t say enough about Antonio. He brought a lot of life and energy to the Spartan football team,” Marinez said. “Antonio is very competitive. He practiced like he played, full steam ahead. He was a two-way threat, with an ability to score when we put the ball in his hands. He brought that same focus to the classroom. I have no doubt he will make a positive impact at his new school.”

Mikayla O’Brien, a star goalie on the Summit girls varsity soccer team for four years, is capping a prep career that saw her achieve All-League three times and lead her team to the quarterfinals of the CIF Division VI Southern Section playoffs during the 2020-21 school year.

“I feel honored to get the opportunity to play at the college level,” O’Brien said. “I will miss the camaraderie and fun I shared with my teammates over the years. But I am ready to take on a new challenge.”

O’Brien will study business management at Cal Baptist and credits enrolling in Summit’s Advancement Via Individual Determination (AVID) college-prep elective for keeping her organized and focused on attending a university. Her AVID teacher, Steve Jennings, is also the Summit High girls soccer coach.

“Mikayla is a scholar-athlete who is humble, kind and helpful,” Jennings said. “Not only is she a star on the field, she is a leader in the classroom. Mikayla serves as an AVID tutor to our freshmen. She is a role model who can be very proud of what she has achieved here at Summit High.”

FUSD_ATHLETE1: Cheered on by family and friends, Jurupa Hills High School senior Antonio Mayes signs his letter of intent with Dixie State University in St. George, Utah, where he will play football.

FUSD_ATHLETE2: Summit High School senior Mikayla O’Brien will continue her education at Cal Baptist University in Riverside, where she will also play soccer. 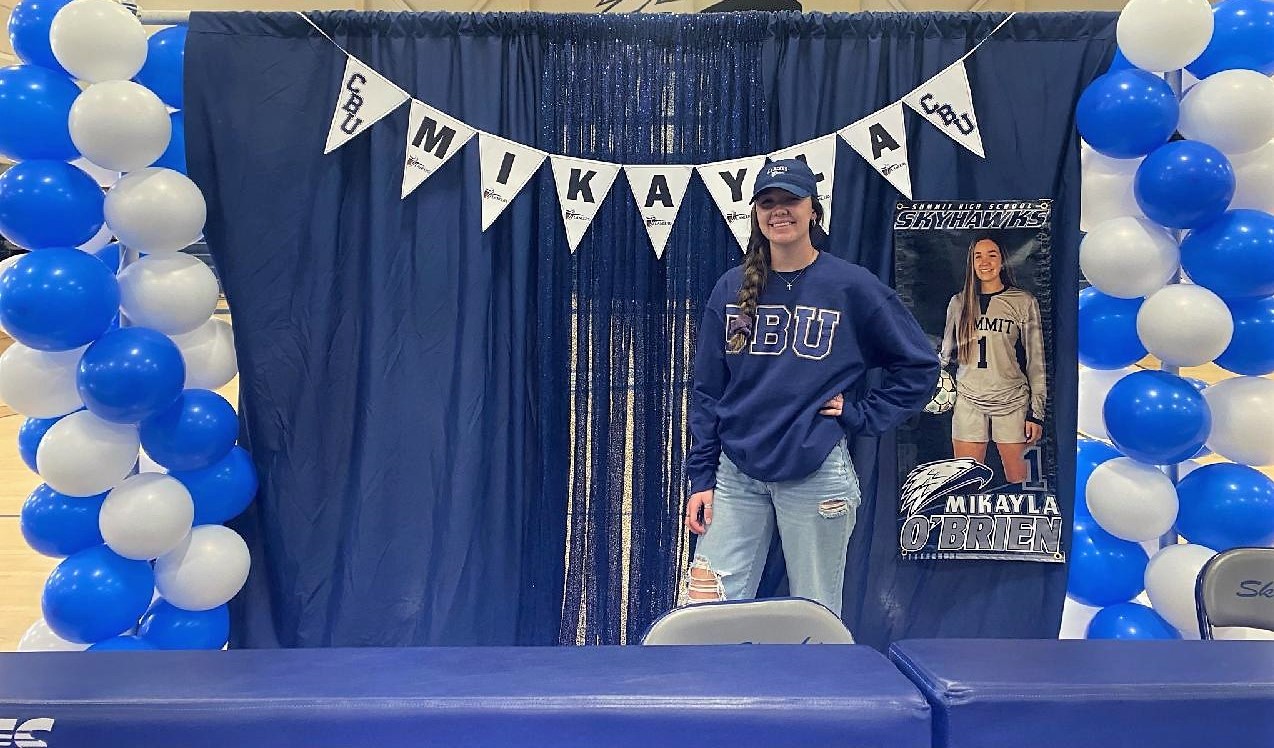 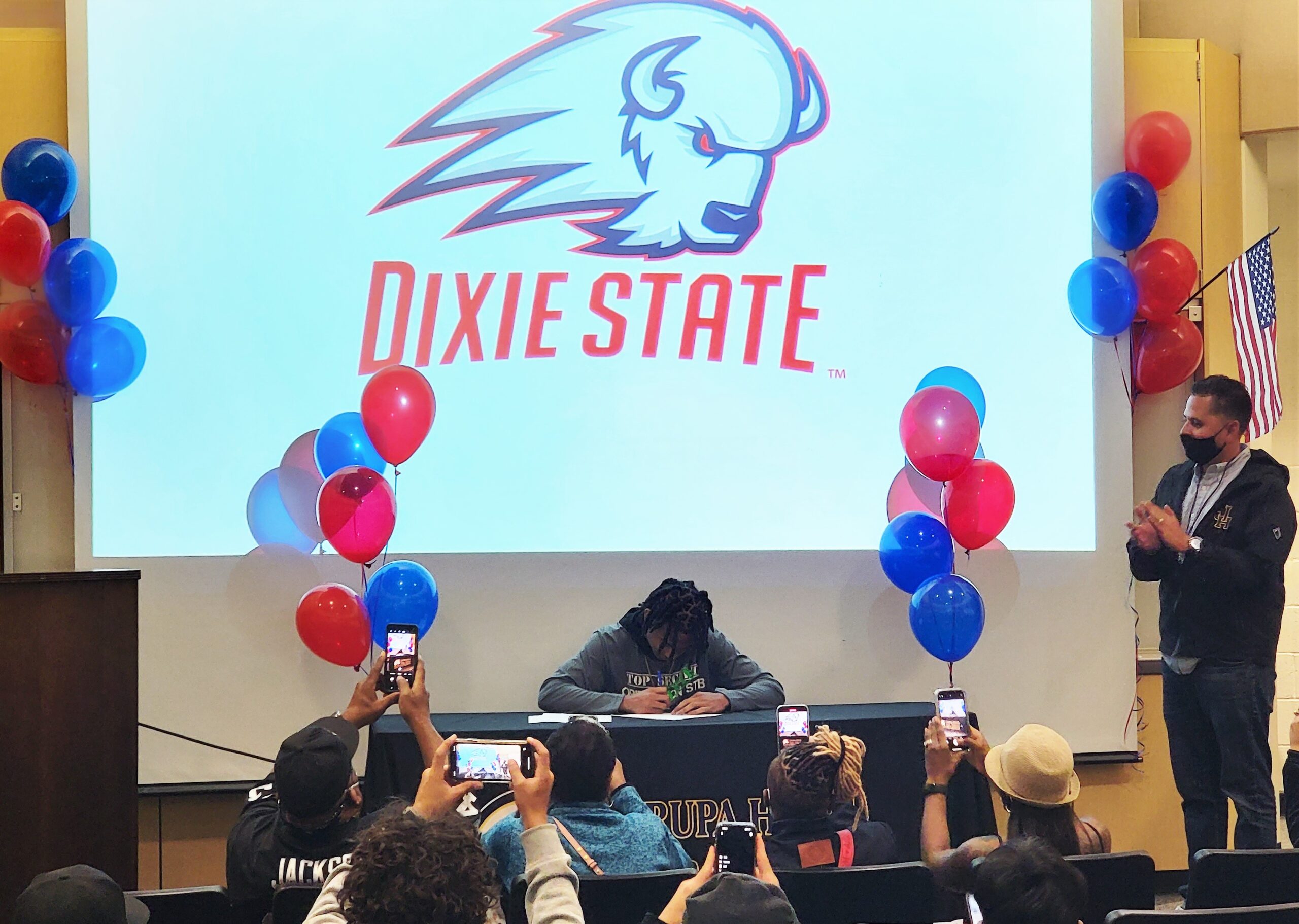