The renaming was approved by the Fontana Unified Board of Education during its June 2 meeting.

“I’d like to thank the players I had the opportunity to coach. It was more than athletics; it was also about succeeding after baseball. If they took the life skills I taught to heart, that is the biggest compliment of all,” Martinez said. “It’s the best job I could ever have and in fact I never even considered it a job. Thank you to everyone who made the Frank Martinez Baseball Field a reality.”

The effort to rename the baseball field was initiated by former A.B. Miller players, including Class of 2001 graduate and current Summit High School baseball coach and teacher Samuel Lopez and Azusa High School Principal Dr. Martin Gomez, who helped collect nearly 300 letters of recommendation from former students and players in a single weekend.

“Coach Martinez played such an important role in pushing me to further my education,” Lopez said. “It was my senior year when I understood what Frank really meant to his players. He worked tirelessly with his teams and with parent support to improve our facilities. It is only appropriate this field is named after him. Coach Martinez was a tough coach, but you always knew he cared for you.”

Martinez arrived at A.B. Miller when the school opened its doors in 1991 and the baseball diamond resembled a sandlot field. Working with A.B. Miller school staff, students, parents and local businesses, Martinez helped renovate the field into a state-of-the-art facility, adding a dugout, batting cages, grandstands, landscaping equipment and a scoreboard.

“We built everything from scratch and did all of the fundraising to pay for the renovations,” Martinez said. “For the dugout, we received a huge donation of concrete blocks from a local business. At the time, A.B. Miller had a masonry class, and we recruited the students to build the dugouts. My goal was to add something new every year, so that the players had something to look forward to.”

Martinez played baseball at Chapman University for two years. After leaving college, Martinez worked in the private sector but quickly realized his calling was in teaching and coaching. After receiving his teaching credential at Chapman, Martinez worked at schools in Santa Ana, Corona and Norco before being hired as P.E. teacher and baseball coach at A.B. Miller.

“Frank’s legacy at A.B. Miller is the positive impact he had on all of his scholar-athletes, giving them the tools to develop into productive adults with experiences to carry them beyond high school,” A.B. Miller athletic director Jeff Omar said. “Frank will always be a large part of A.B. Miller, and the renaming of the baseball field to honor his legacy by his former athletes is a testament to the impact he had on their lives.”

Among those who submitted letters were former A.B. Miller stars Jesse Chavez, who has played 13 years in the major leagues, including stints with the Los Angeles Dodgers and Los Angeles Angels, and Abe Alvarez, who pitched for the Boston Red Sox and is currently the baseball coach for the University of Nevada at Reno.

Martinez retired as A.B. Miller baseball coach in 2011 after 20 years, continuing as a P.E. teacher. After stepping down as coach, Martinez began a new career as an umpire for the California Interscholastic Federation (CIF). In retirement, Martinez will continue to umpire, play golf and travel with his wife.

“It has been an honor and privilege to work beside Frank Martinez, and we wish him all the best in his retirement,” A.B. Miller Principal Dr. Dustin Saxton said. “As a member of the original faculty at A.B. Miller, Frank brought his values and work ethic to this campus and inspired his players to be role models and community leaders. Frank will be sorely missed, but his legacy will live on.” 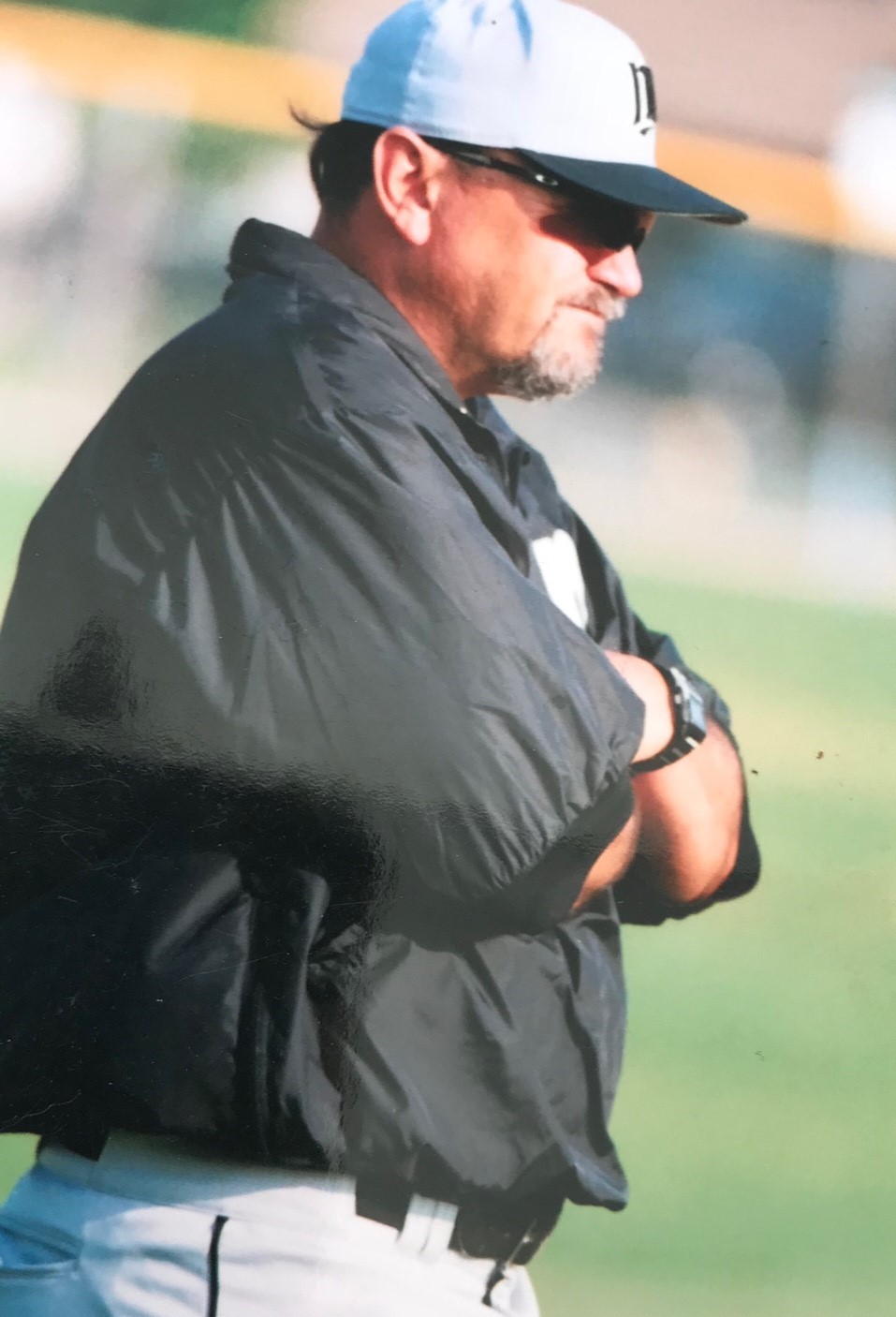