FONTANA, CA – A Summit High School pilot program designed to support parents as they transition into their first year as high school parents will be used by peer mentoring provider The Boomerang Project to be implemented by high schools across the nation, beginning in 2020-21.

Inspired by Summit High’s Golden Bell award-winning Link Crew program, in which juniors and seniors act as mentors to incoming freshmen, the Boomerang Project selected the school to be the first in the nation to implement an adult version of the program, titled Parent Link Crew.

“The Boomerang Project came to us with the idea for Parent Link Crew, asking us to help develop the program,” Summit Link Crew Coordinator Jennifer Karpinski said. “We provided feedback and assisted in the editing process. It was such an honor and we have worked so hard to achieve our goals of meeting all levels of parent engagement.”

Summit High is one of just two high schools in the United States – along with Hatboro-Horsham High in Pennsylvania – to pilot Parent Link Crew in 2019. The pilots proved so successful that the Boomerang Project, which provides Link Crew curriculum to more than 3,700 schools in the U.S. and Canada, will make it available to all of its member schools next year.

The Parent Link Crew mentors introduced themselves, then split into groups of eight to 10, reviewing rules and advising parents on what to expect over the course of the school year; meanwhile, student Link Crew members gave campus tours and supervised younger children.

Heather Mead, a seventh-grade teacher at Wayne Ruble Middle School, is parent to Summit senior Jacob and freshman Jenna. Mead said she volunteered for Parent Link Crew because the transition from middle to high school can be just as difficult for parents as it is for students.

“The turnout at orientation was amazing; we didn’t know what to expect,” Mead said. “It was clear that Parent Link Crew was a vital service. I couldn’t wait to share my experiences with new parents. It was a great bonding moment. We talked and laughed and brought them all into the SkyHawk family.”

Parent Link Crew leaders exchanged contact information with their freshman peers and will meet with them regularly over the course of the year.
“Parent Link Crew is already bringing our community closer together,” Karpinski said. “I had one Parent Link Crew mentor tell me that they were recognized at the supermarket. They are like rock stars now. We couldn’t ask for anything more.”

In 2016, Summit High’s Link Crew program won a prestigious Golden Bell Award from the California School Boards Association for its innovative Freshman Success Intervention Program, which went beyond social and emotional support to include strategic intervention and support focused on academics.

“We are so honored that a Fontana Unified school has been chosen to lead this nationwide program,” Fontana Unified Superintendent Randal S. Bassett said. “Congratulations to Summit High, which is setting a high bar for excellence with their Link Crew programs. Their success reflects the hard work and innovation we see every day throughout the District.”

FUSD_PARENT_LINKCREW: Summit High School is one of two high schools in the country to pilot Parent Link Crew, a program designed to support parents as they transition into their first year as high school parents. 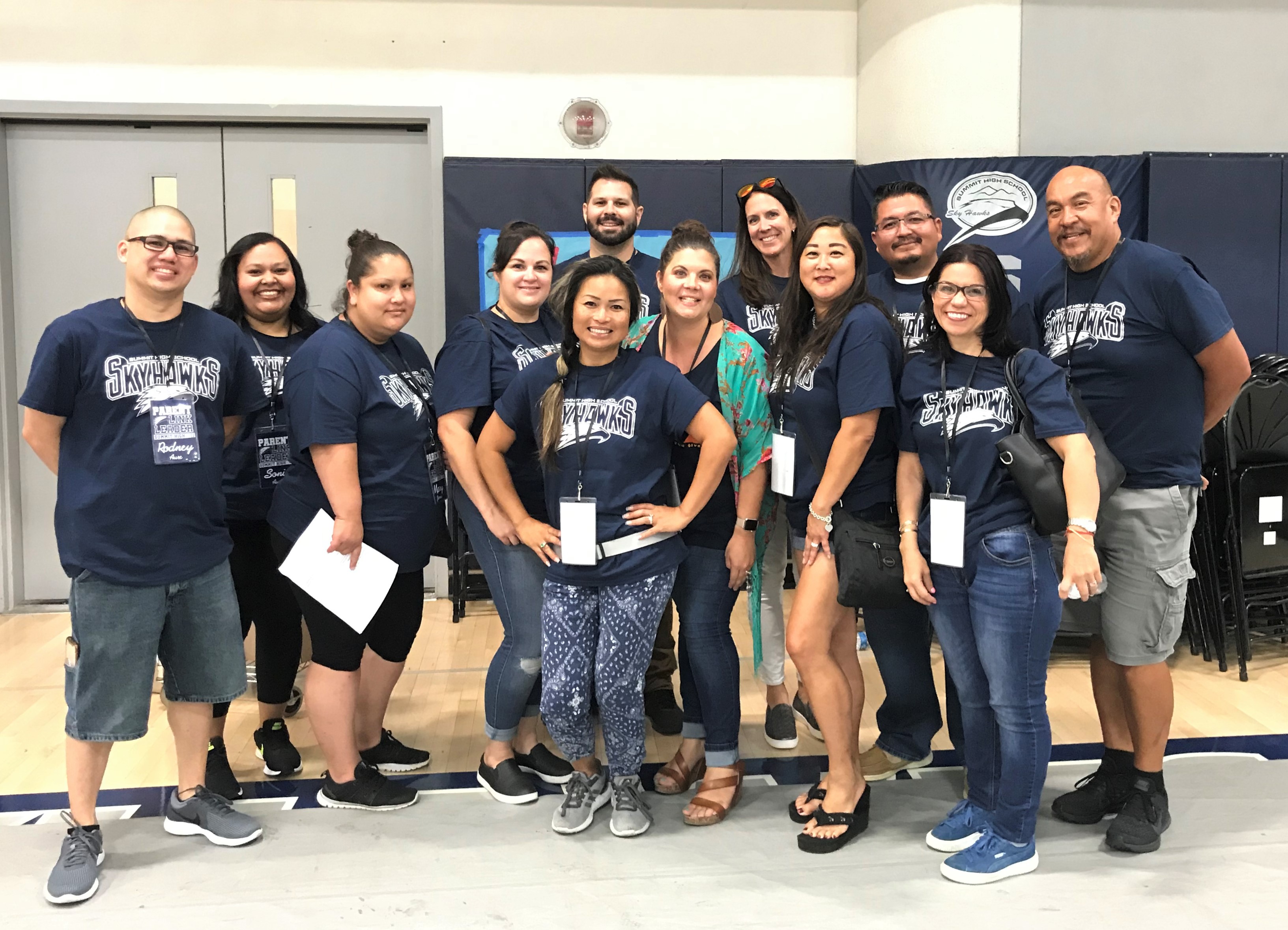