Southridge Tech and Wayne Ruble middle schools are among 31 high-performing California middle schools to be re-designated as Schools to Watch this year. First designated in 2019, both schools were re-evaluated to retain the designation – a process that occurs every three years.

“Congratulations to the students, teachers and staff at Southridge Tech Middle School and Wayne Ruble Middle School on their well-deserved recognition as 2022 California Schools to Watch,” Fontana Unified Superintendent Randal S. Bassett said. “This honor celebrates the continued efforts of these school communities to ensure that students have the knowledge and tools to achieve their academic goals, supported by positive and engaging learning environments.”

Both Southridge Tech and Wayne Ruble middle schools offer a variety of programs and services to support student success – from preparing for the rigor of college and careers to providing resources to bridge achievement gaps and support social-emotional wellness.

Both schools aim to support student connectivity and foster a positive campus culture through programs such as Where Everybody Belongs (WEB), a peer mentorship program that helps ease the transition into middle school and fosters leadership skills among older students.

Southridge Tech and Wayne Ruble middle schools have also focused on bolstering student achievement through the Advancement Via Individual Determination (AVID) program, offering elective courses and implementing AVID strategies to help students gain valuable skills in writing, collaboration, organization and more as they prepare for the rigor of high school and college.

Since its first School to Watch designation in 2019, Southridge Tech Middle School has expanded its offerings to include the International Baccalaureate (IB) Middle Years Programme, which engages students in inquiry-led learning that fosters creative and critical thinking.

As part of the Middle Years Programme – which inspires the exploration of local and global issues in real-life contexts – Southridge Tech students are developing community service projects that benefit the environment, senior citizens, homeless or struggling community members, their classmates, or a focus area of their choosing.

To ensure every student is provided instruction that prepares them to excel in the workforce, Wayne Ruble Middle School has enhanced its robust academic program, aligning its courses and instruction with its feeder high schools – both in core subjects, such as English language arts and math, and in its electives. Wayne Ruble Middle School students can explore journalism/studio production, robotics, aviation, dance, integrated computer coding and computing through the school’s array of elective courses.

Wayne Ruble Middle School has also continued to bolster instruction through the use of digital learning tools that were first adapted during remote learning. Students and teachers are continuing to enhance their digital literacy by using Microsoft programs for lesson access, note-taking and collaboration, as well as utilizing online resources that support District-adopted curriculum.

Wayne Ruble Middle School’s efforts to narrow the achievement gap on California standardized tests and boost overall student performance also earned the school its first-ever inclusion in the Educational Results Partnership (ERP) Honor Roll. Wayne Ruble was named a Star School, a category for high-performing schools that have significant populations of students who are socioeconomically disadvantaged.

The Schools to Watch program is sponsored by the California Department of Education, California League of Schools and the California Middle Grades Alliance, in association with the National Forum to Accelerate Middle-Grades Reform.

FUSD_2022_SCHOOLSTOWATCH: Educators from Fontana Unified School District, Southridge Tech and Wayne Ruble Middle Schools celebrate their schools’ recognition in the 2022 Schools to Watch program. Both middle schools were first recognized in 2019 and received their re-designation this year. 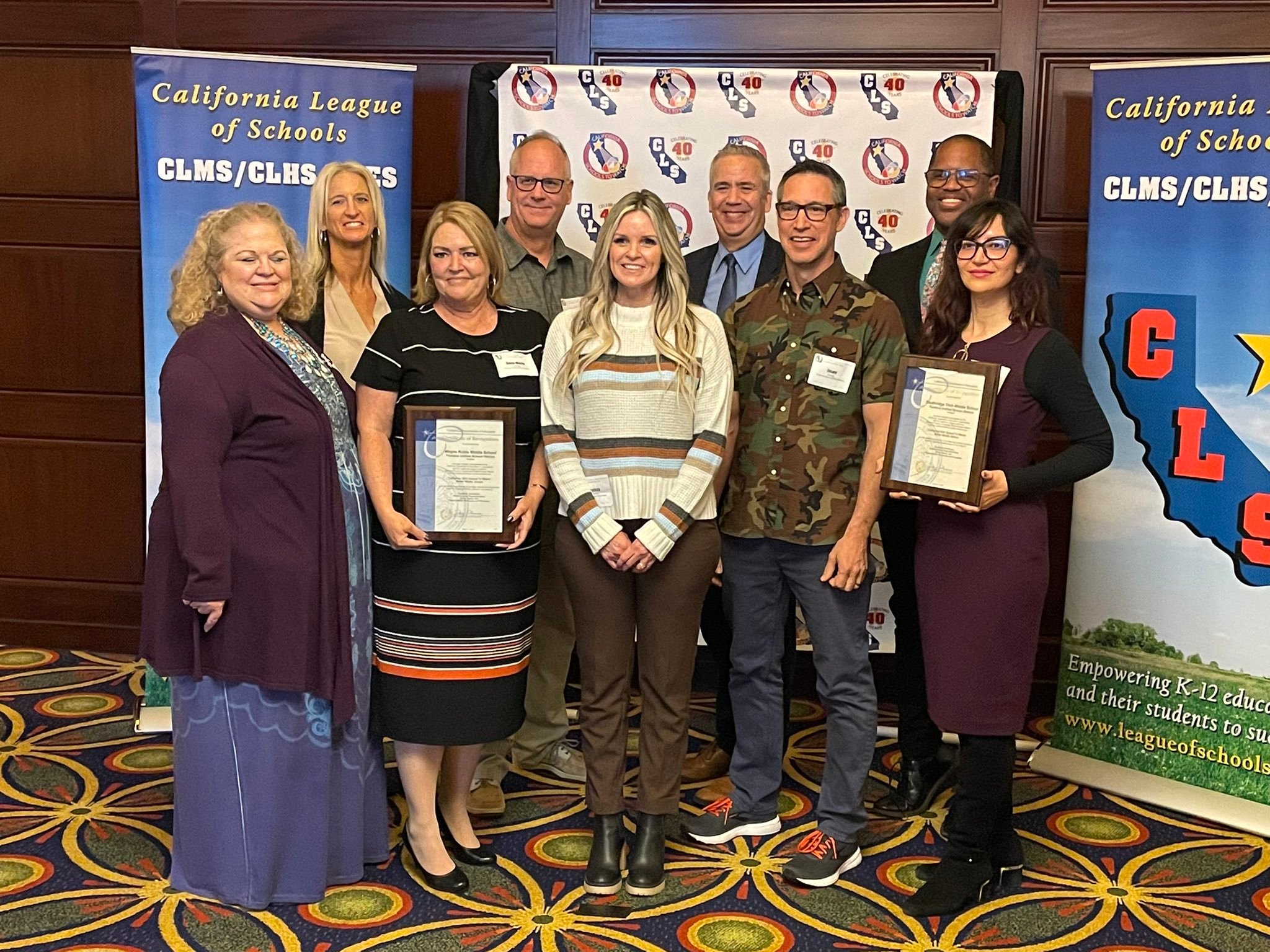