FONTANA, CA – Southridge Middle School sixth-grader Taralyn Pew displayed a model of the earth’s core she designed with the help of Microsoft Paint 3D, marveling at how quickly it took to transform her idea into reality on a computer. Invigorated by the access to education software, Pew is reconsidering a career in engineering.

“When I was younger I thought about engineering, but I lost interest because it didn’t appeal to me,” Pew said. “But with Paint 3D, it is much easier to design projects and study on my own. So now I am interested in engineering again.”

Pew was among more than 100 students who demonstrated their programming skills at Southridge’s Digital Footprints Showcase on Nov. 28, using applications like PowerPoint, Discovery Education and Flipgrid to enhance their knowledge of robotics, 3-D printing, space exploration, art, multimedia and gaming.

Southridge was named a Microsoft Showcase school in August, one of only 40 schools in the United States to receive the designation in 2018. As a showcase school, Southridge receives exclusive access to Microsoft Office 365 and Education software, professional development and Information Technology support from Microsoft. The showcase was the first of three they will stage during the 2018-19 school year.

To create a realistic racetrack game in Excel, Southridge sixth-graders Julia Grace and Jocelyn Aparicio calculated how much time it took for them to run 25 meters, then added the information into the program. Grace and Aparicio also programmed animals and a feature that projects how fast a person will run in the future.

“We wanted a game that was simple to play but with a lot of different match-ups and outcomes,” Grace said. “It took us about a week to develop it.”

“Southridge students have taken to the software enthusiastically and are quickly creating projects that incorporate critical thinking, collaboration and communication,” Southridge Middle School Principal Dr. Roy Rogers said. “We have been able to accomplish this with our amazing team of educators, who have worked so hard to bring this technology to Fontana. It’s been a complete team effort.”

O’Neil described a recent classroom lesson on civil rights pioneer Jackie Robinson. Students were able to access video clips of Robinson, download literature that expanded on his legacy, then write essays that were shared with the whole class, with students encouraged to peer edit the essays. As a result, O’Neil said, students received a more comprehensive overview of Robinson’s life than they would have received from a standard textbook.

“This is so exciting to see. Our students are accessing 21st century technology in ways they never have before,” O’Neil said. “You see it happening all across the campus. The students are very comfortable navigating through the applications. Quite often, they are teaching us.”

In 2018-19, Southridge achieved a 1:1 student-to-device ratio in all English language arts (ELA), social studies and math classes. Sixth-grade students are enrolled in an introductory Microsoft computer elective where they learn Office 365 programs such as Sway, PowerPoint, Word and Teams. Seventh- and eighth-grade students are taking advanced classes that build on these skills, incorporating creativity and problem-solving as they learn advanced computer concepts.

“Fontana Unified recognizes that the careers of tomorrow will be technology-based, and we are committed to providing students with the support and resources to develop their skills, compete for these jobs and be on the cutting edge of innovation,” FUSD Superintendent Randal S. Bassett said. “Southridge Middle School is providing a model for what the future will hold for Fontana Unified: modern technology at the student’s fingertips.” 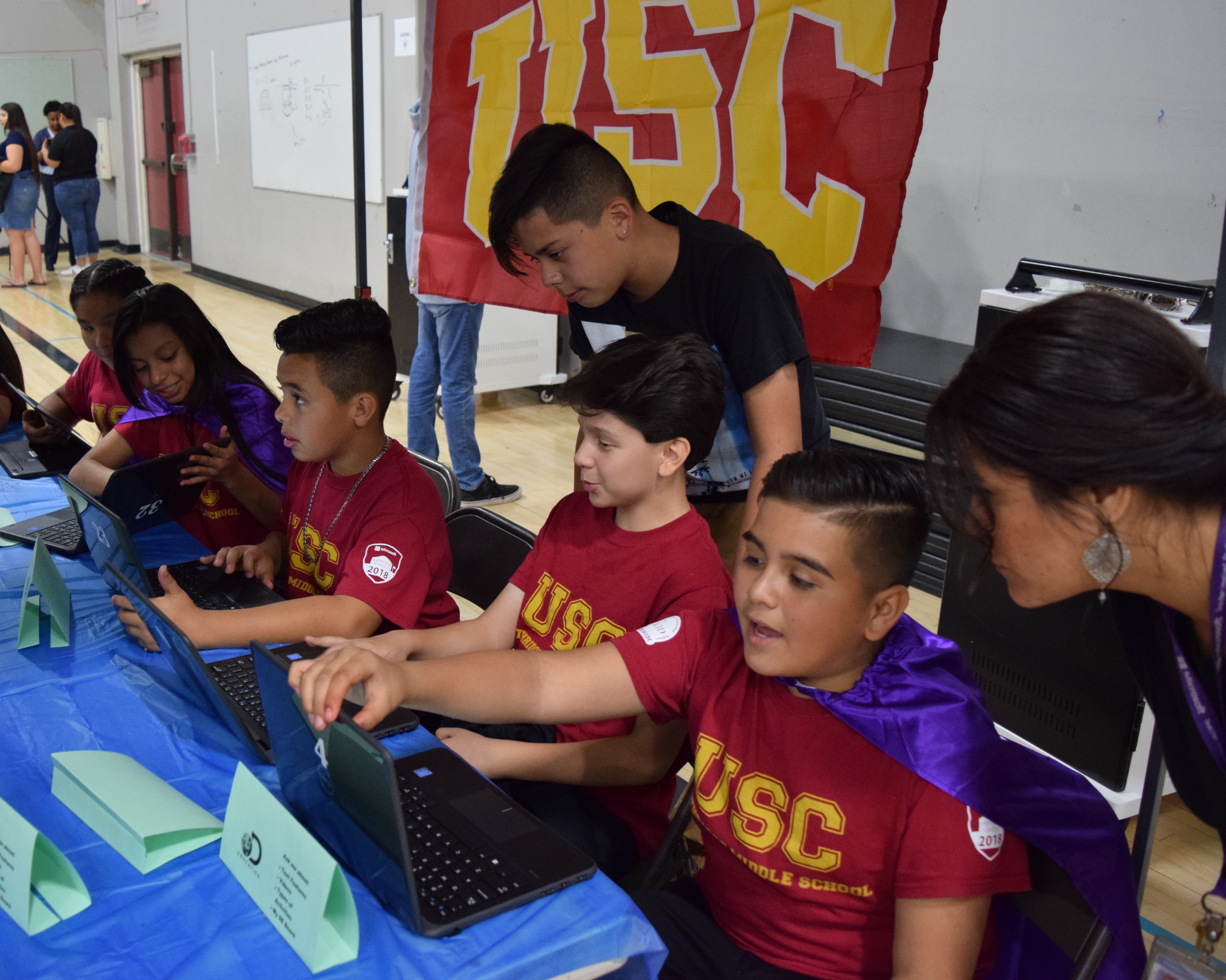 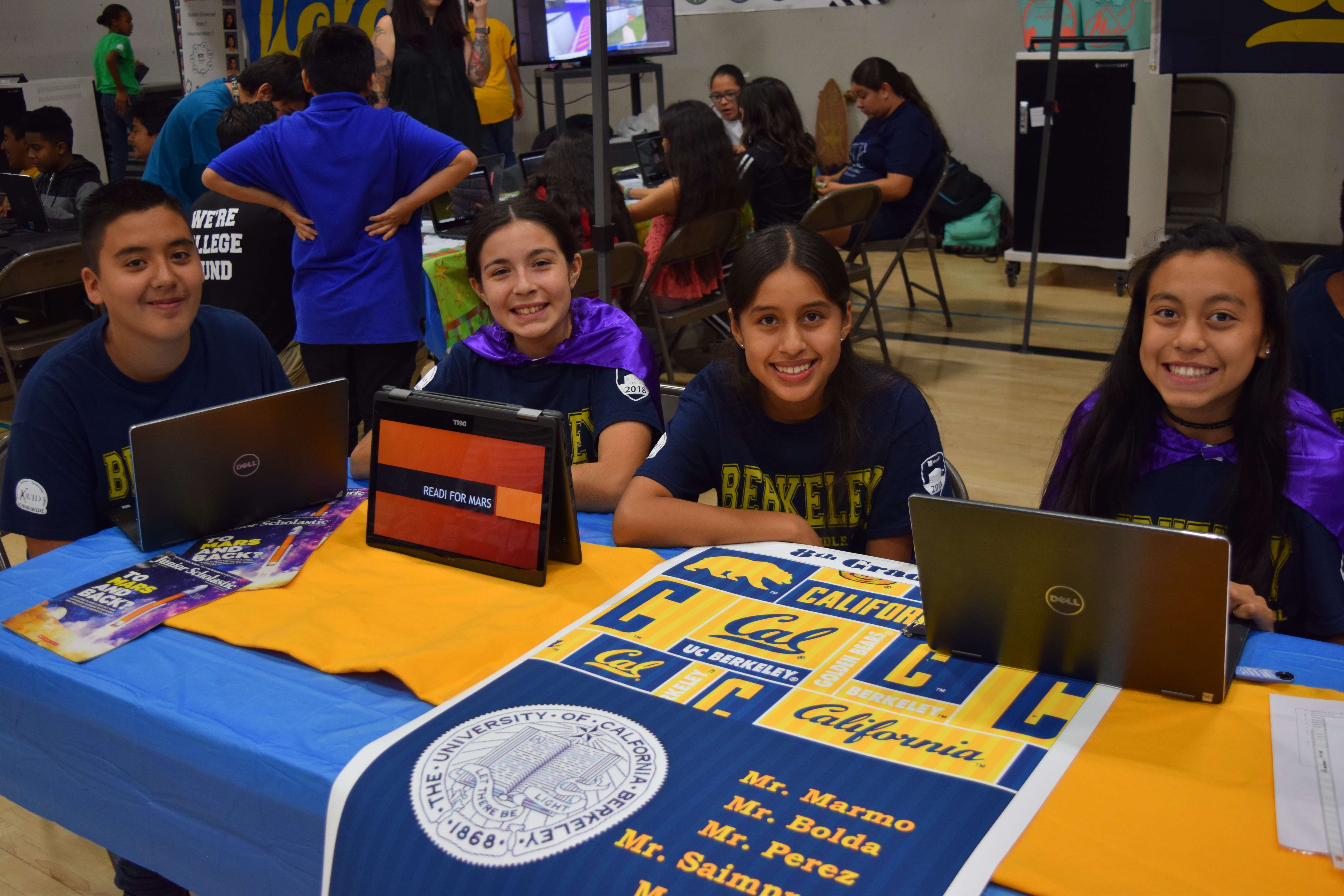