Two Summit teams – Varsity Boys and the all-female STEMettes – will compete in the rigorous Platinum tier, while its two JV teams qualified for the Gold level. This is the first year Summit has advanced four first-year teams into the state round.

“Our CyberPatriot competitors are amazing students and are working so well together,” Summit Ethical Hacking teacher Bruce Tuttle said. “Their initiative and creativity go beyond what they are learning in class, which is exactly what you need to excel in a competition at this level.”

CyberPatriot is co-sponsored by the Air Force Association and the Northrup-Grumman Foundation. Working in teams, students are tasked with finding vulnerabilities in Windows and Linux operating systems and must complete an online quiz and a virtual networking exercise in less than six hours. The challenges become more complex in each round.

During the competition, the Varsity Boys and STEMettes use computer script they wrote to locate a majority of vulnerabilities. Any other flaws in the code must be located using cyber-detective skills and creativity.

STEMettes member Veronica Salas, a Summit senior, is the only student who has participated in CyberPatriot for four consecutive years, bringing valuable experience to her team. Salas said she was compelled to join the team after taking an Advanced Placement computer science class.

“What I love about ethical hacking and computer coding is that there is always more to learn,” Salas said. “It’s more than a class, it’s fun. The future will revolve around tech and what I am learning now will be relevant to my future career, which may be in computer science, business or finance.”

Varsity Boys member Gabriel Navarro, a Summit sophomore, looks forward to a career as a computational physicist. He is fluent in a number of computer coding languages, including Python, Java, C++, HTML and CSS.

“This is a great challenge, and we like the rigor and teamwork,” Navarro said. “Studying astronomy got me interested in space and NASA. In our spare time, my classmates and I are working on building a server. It’s fun and it guides me toward my academic and career goals.”
The Summit student teams qualified for the CyberPatriot state finals based on results of two separate rounds held in October and November. They hope to advance to the semifinal round in January on their way to the National Finals, to be held March 19-23 in Bethesda, Maryland. 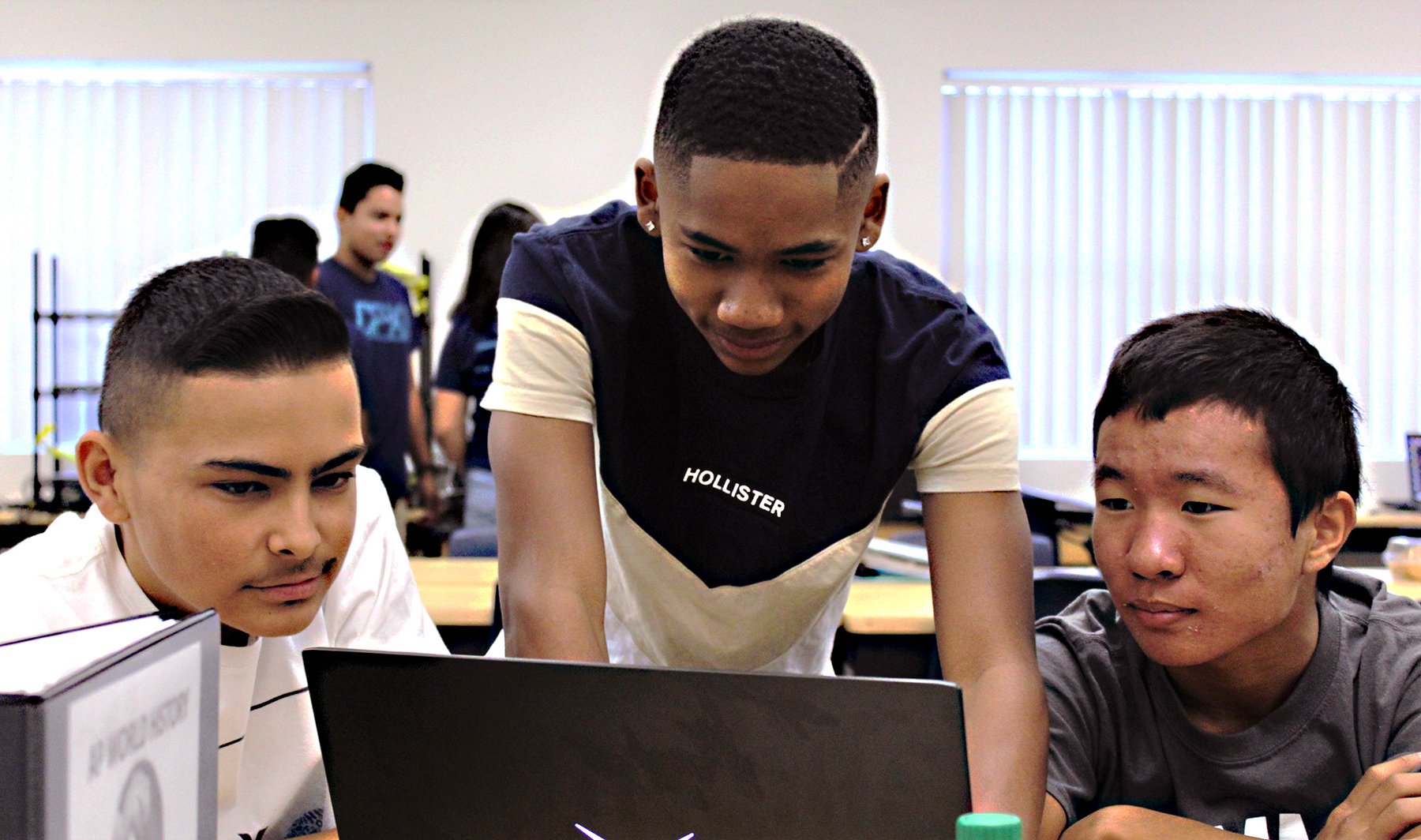