FONTANA, CA – Canyon Crest Elementary School fifth-grader Dominic Romanio’s track and field career is off to a strong start, after he helped his 10 East track club teammates sprint to a third-place finish in the 4×100 relays during the 2022 USATF National Junior Olympic Track & Field Championships, held July 31 in Sacramento.

Racing against the top relay teams in the country – ages nine and 10 – Romanio took the anchor leg in the relay as the team completed one lap around the track in 54.93 seconds, narrowly edging the fourth-place finisher by .08 seconds and securing their place on the winner’s podium as bronze medalists.

“I feel good about the race. I was happy we won. It makes me want to work harder to win gold next year,” Romanio said. “I worked really hard, even practicing when we were on vacation in Pennsylvania.”

Romanio’s mother is Fontana Unified Social Emotional Support Specialist Elizabeth Romanio. Romanio met her future husband, Devin Romanio, while in high school, and they both attended Youngstown State University in Pennsylvania, where Devin competed on the track and field and football teams.

“Running is in Dominic’s genes. He’s had it in him the whole time,” Mrs. Romanio said. “When he came home last year and told us that he was racing and beating all the fifth-graders, we decided it was time to enroll him at the 10 East track club. Devin is super proud. He loves taking Dominic to practice, giving him tips. The week before the Junior Olympics they watched the world finals together.”

Besides running track, Romanio is in the Gifted and Talented Education (GATE) program at Fontana Unified. He loves playing Minecraft and constructing Lego buildings, hinting at a future career as an engineer. 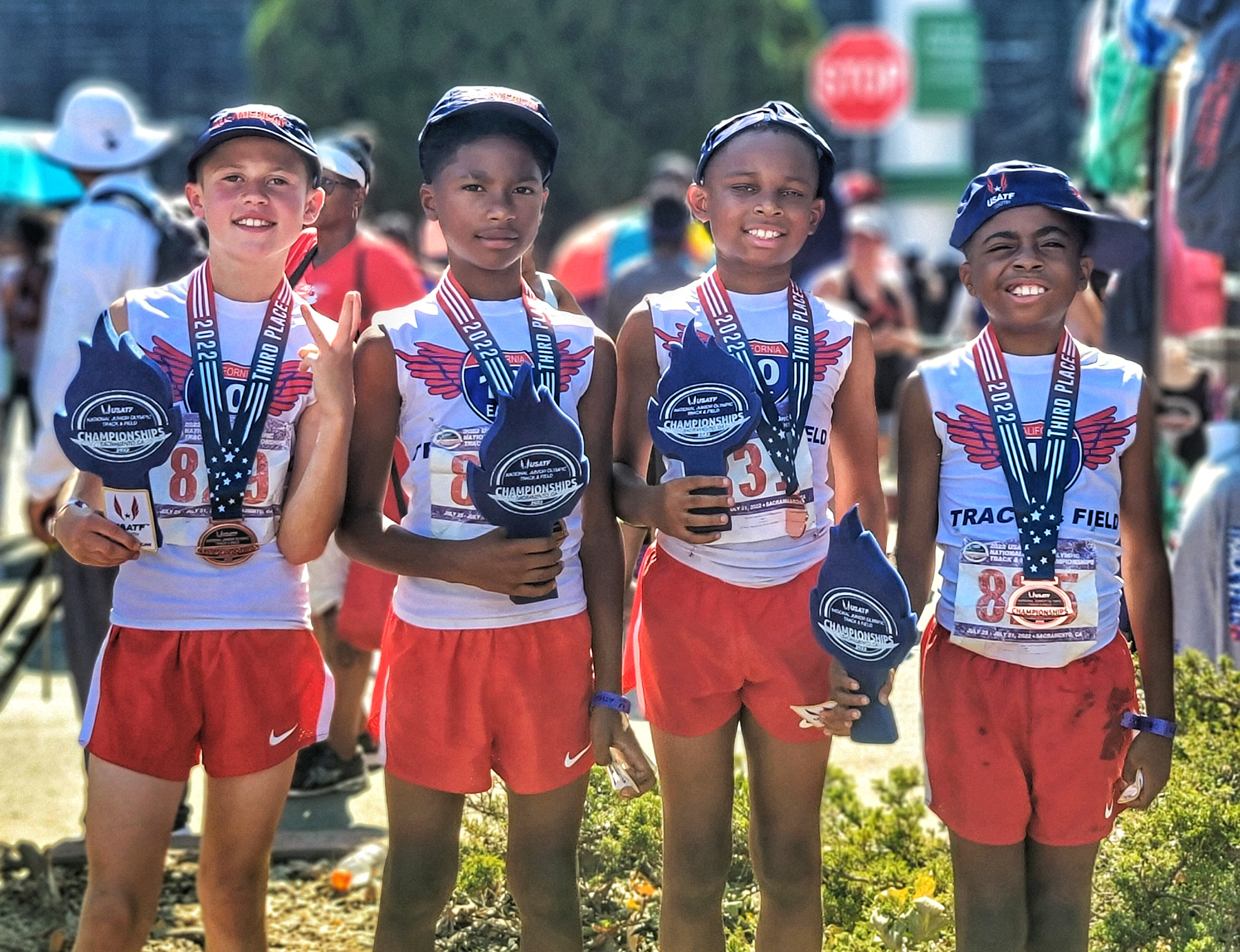