FONTANA, CA – Almond Elementary School students are being encouraged to put on their director’s caps and call out “lights, camera, action!” as the school launches its Pacer Production Studios after-school video program, where Almond students are learning the basics of filmmaking with the assistance of Summit High School TV production students.

Nearly 50 Almond Pacer fourth-, fifth- and sixth-grade students meet three days a week to learn a variety of film production techniques, including lighting, camera positioning, editing, scriptwriting, adding music and title sequences and how to be an on-air personality. The video production club has quickly become a favorite activity on the Almond campus.

“Pacer Production Studios has really resonated with our students. We want to give them those relevant experiences and let their creativity shine through video production,” Almond Elementary Principal Tim McCaffrey said. “Our kids have top-notch equipment and a great partnership with Summit High School TV production students, who come to Almond and serve as mentors.”

Pacer Production Studios will have two learning tracks: one for traditional filmmaking and one to produce daily, student-led morning bulletin announcements. Almond production students use Filmora, a user-friendly film editing software program that allows them to add special effects and other post-production features to their project.

Once a month, Summit High TV Pro students visit Almond Elementary to provide one-to-one mentoring, offer feedback and share tips and techniques they have learned while encouraging them to use their imagination to create film projects.

“Our goal is to create a partnership with Almond that will be beneficial to students from both schools,” Summit High TV Pro teacher Artie Casas said. “I teach my students to push the limits to see what they are capable of, and that’s what we want to convey to the students at Almond. Especially in film production you can’t be afraid to fail because it’s how you get better.”

The Pacer Production recording studio is also equipped with a set that includes a couch, coffee table and plants, which will be used for an eventual “Good Morning America”-style talk show production. In addition to teaching its students communication skills, Pacer Production Studios also includes instruction on ethics, safe practices, and how to approach creating media responsibly.

“Fontana Unified is committed to providing instruction and tools that assists in the development of technological skills for every student,” Superintendent Randal S. Bassett said. “We are thrilled to see Almond Elementary students developing their skills and talents with support from their Summit High peers, and cannot wait to see the creative projects that will result from this partnership.”

FUSD_ALMOND_TV1: Almond Elementary School fifth-grader Alyssa Estrada works on a video project as part of the school’s Pacer Production Studios after-school program. Almond students learn the basics of filmmaking, including lighting, editing, scriptwriting, and how to become an on-air personality. 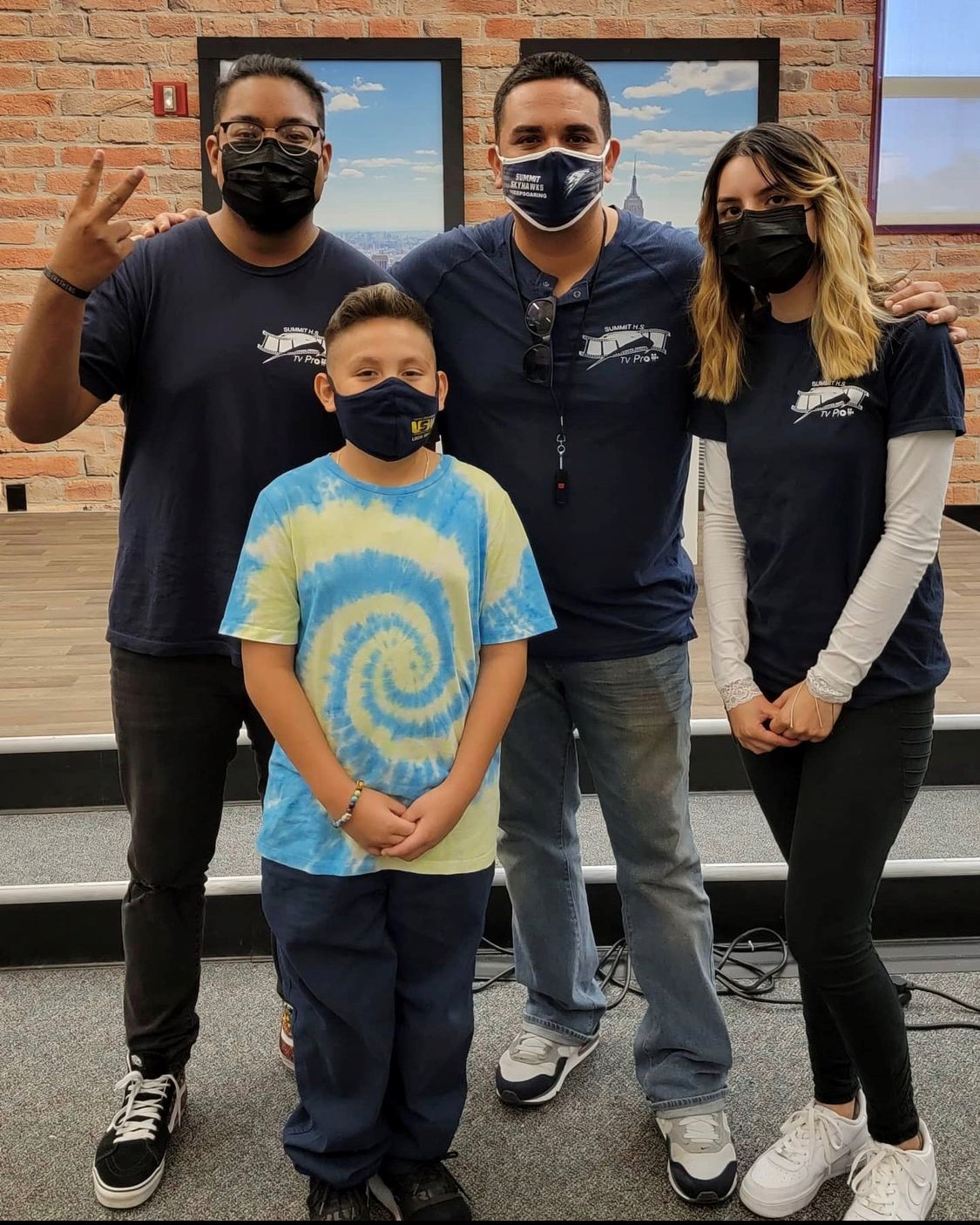 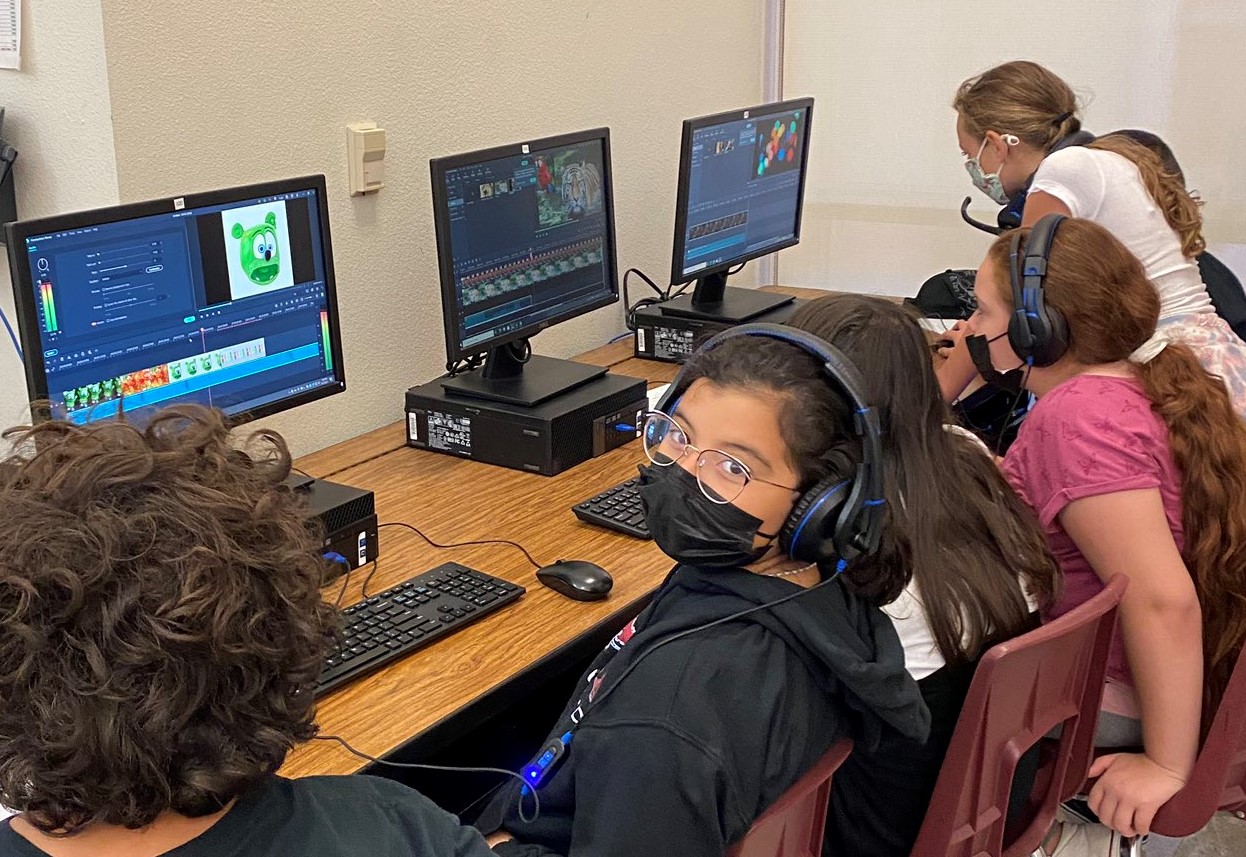