FONTANA, CA – Fontana Unified School District was recognized as a state leader in the field of cybersecurity education during the inaugural Inland Empire (IE) Cybersecurity Apprenticeship Symposium, held virtually on May 24.

The symposium, moderated by California Labor Secretary Julie Su and featuring a prerecorded message from Gov. Gavin Newsom, brought together local leaders from IE business and academic sectors to pledge support for an apprenticeship initiative that can be replicated in regions across the state.

“The District goal is to identify career pipelines within our CTE programs and partner with industry on a pre-apprenticeship model that will support a living wage income and introduce those careers to our students while they are in high school,” said Tracey Vackar, Fontana Unified Executive Director of College, Careers and Economic Development. “We are honored to be a part of this pioneering initiative.”

Summit High School junior Gabriel Navarro spoke to business and academic leaders about the importance of building a skilled local workforce through apprenticeships. He recounted how his passion for physics and mathematics has led him to consider a career in cybersecurity, as well as the years spent honing his skills as an Ethical Hacking pathway student and member of Summit’s cybersecurity team.

“I began my involvement in freshman year when I joined my school’s STEM program and began competing in CyberPatriot,” Navarro said. “I focused on Ethical Hacking, preparing me for cybersecurity certification as well as competitions that give us an outlet to refine our skills, and gives us an overview of what a career in cybersecurity would be like.”

Navarro told the symposium that participating in cybersecurity competitions prepares students for the certification needed to enter the cybersecurity field, a process that would be bolstered by the opportunity to be hired as an apprentice.

As an integral member of Summit’s cybersecurity team, Navarro has helped lead the team to gold medals in events such as the Mayor’s Cup and SkillsUSA. Summit will send a two-person team to the SkillsUSA National Conference in June after sweeping both the state and regional conferences.

“I want to acknowledge Fontana Unified’s investments in its students,” Su said. “The District is not only changing individual lives through its work, but also changing the face of cybersecurity. Our goal is to dramatically expand apprenticeship opportunities to meet employer needs, and to expand racial and gender equity so there can be more success stories.”

Local and national businesses participating in the symposium included Robert Half, a Fortune 500 global resources and staffing firm; ESRI, a world leader in mapping software; ConvergeOne, a leading IT service provider; Loma Linda University Health; and the County of Riverside.

“The IE Cybersecurity Apprentice initiative will provide our students with opportunities to achieve their college and career aspirations, as well as serve as a template for other regions across the state,” Fontana Unified Superintendent Randal S. Bassett said. “Thank you to Tracey Vackar, Garth Masik and Bruce Tuttle for their unwavering support and hard work engaging with industry and academic leaders and the State of California to bring this program to the District.”

FUSD_CYBERSECURITY_NAVARRO: Summit High School junior Gabriel Navarro spoke to business and academic leaders about the importance of building a skilled local workforce through apprenticeships during the inaugural Inland Empire Cybersecurity Apprenticeship Symposium, held virtually on May 24. Navarro is enrolled in Summit High’s Ethical Hacking pathway and is a member of its cybersecurity team. 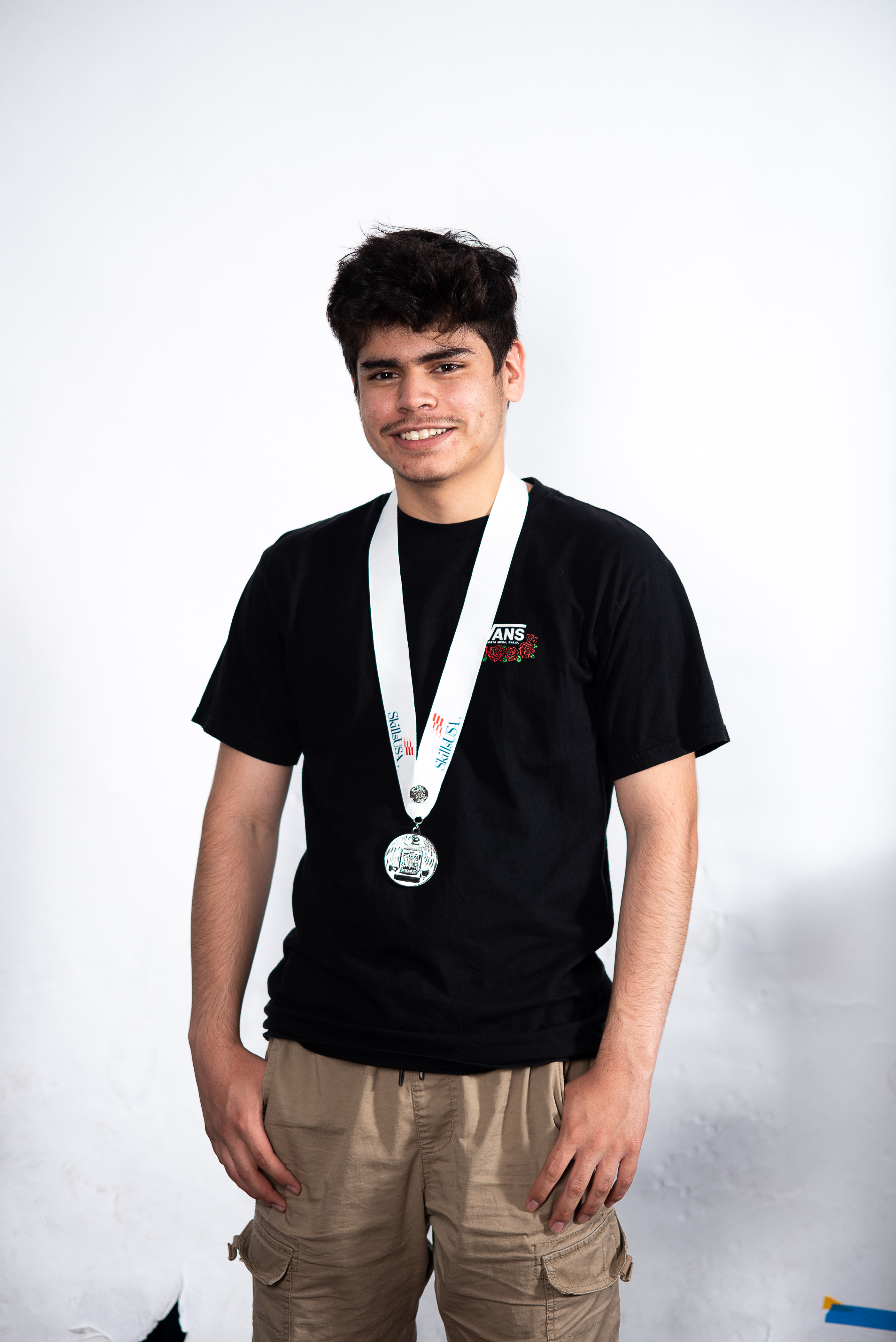