The FOHI students, with only five months of carpentry instruction to guide them, outpaced more experienced teams with twice the number of builders, gaining many admirers in the field of 17 high schools and community colleges from across Southern California.

The second-place finish is a stunning success for FOHI’s newest career technical education pathway (CTE), Career Connections. Taught by Lamar Hanger, a 32-year member of the Southwest Regional Council of Carpenters, Career Connections is designed to introduce the craft to students and prepare them for lucrative jobs in the future, and placement in the union.

“Our FOHI Steeler carpenters are the underdog story of the century,” Hanger said. “These kids have won my heart. To do so well with half the man force of the other teams is unbelievable. They did it the union carpenter way, with every student poised and ready. Many of our builders are being offered jobs this summer or entering training programs, which is amazing. These students are our future leaders.”

Hanger teaches his students practical carpentry and the essentials of construction site safety, with an emphasis on goal setting, positive attitude, punctuality, teamwork and taking initiative. Students learn the proper way to swing a hammer, how to properly conduct measurements and the most effective ways to design and build frames.

After submitting their design plans and blueprints, the FOHI team, working on a space that measured 96 square feet, built a shed with four walls, an electrical box, a light switch and a plug. The students added a porch and hung a sign on the shed that read “FOHI Steelers Woodshop.” The team finished their build so quickly that they had time to help a competing school complete their project.

FOHI freshman and design build participant Cyrus Sapien began woodworking with his father at a young age. After meeting with Hanger at the beginning of the school year, Sapien was so excited about the pathway that he came in mornings and afternoons to help clean up and prepare the woodshop for classes.

“Mr. Hanger has so much energy and enthusiasm. He makes the work fun and makes every student believe they can achieve anything,” Sapien said. “I believe in this program. I want to help make this the top program in the state and win every competition. The way to be successful is to make everyone around you successful. I love Fontana and it makes me happy to see that we are getting recognition.”

Sapien joined several of his classmates in attending Saturday classes at the Ontario Carpenters Union Training Center, where they earned Occupational Safety and Health Administration (OSHA) 10 certification, which qualifies them for higher pay at job sites. Sapien is also working to recruit the next class of carpentry students, designing logos and fliers to distribute to incoming freshmen.

“FOHI’s success at the Design Build competition shows how much impact a well-run CTE program can have on students, inspiring them to achieve at high levels and open the door to potential careers,” Superintendent Randal S. Bassett said. “Lamar Hanger has done a great job in preparing his students, and is a great example of why CTE, led by experienced industry leaders, is so important to our community.” 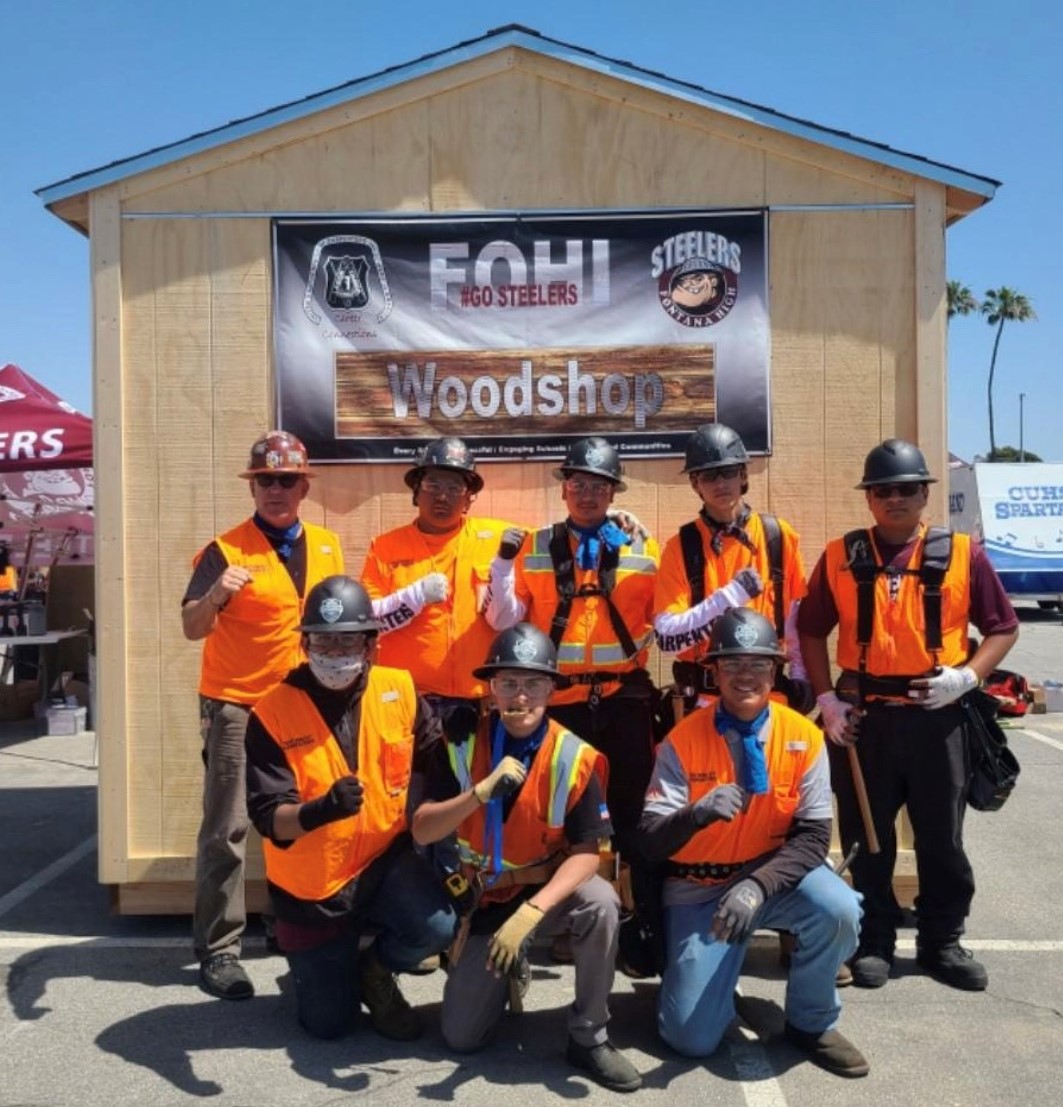