FONTANA, CA – Fontana School Police Department officers are displaying pink patches on their uniforms during October, signaling their support for breast cancer awareness and research for a cure.

The department is engaged in the 2019 Pink Patch Project, a nationwide awareness effort in which pink versions of an agency’s uniform patches are sold to raise funds to research, treatment and care.

“This project is very near and dear to us because everyone has been affected by this in some way,” Fontana School Police Lt. Lee Powell said. “We all know someone who has been diagnosed with breast cancer and we like to help in this effort to find a cure.”

The pink patches are available through the end of the month and can be purchased for $10 by calling the Fontana School Police Department at (909) 357-5060. The fundraiser will benefit City of Hope, where the department will deliver its donation in November.

The Pink Patch Project, launched in Southern California in 2015, is a collaborative effort among law enforcement and other public safety agencies. The campaign aims to educate the public about early detection and prevention of cancer.

“Fontana Unified believes that empowering students to become engaged citizens is a vital aspect of a well-rounded education,” Fontana Unified Superintendent Randal S. Basset said. “Thank you to the Fontana School Police Department for providing an outstanding example of providing community support and giving back to those in need.” 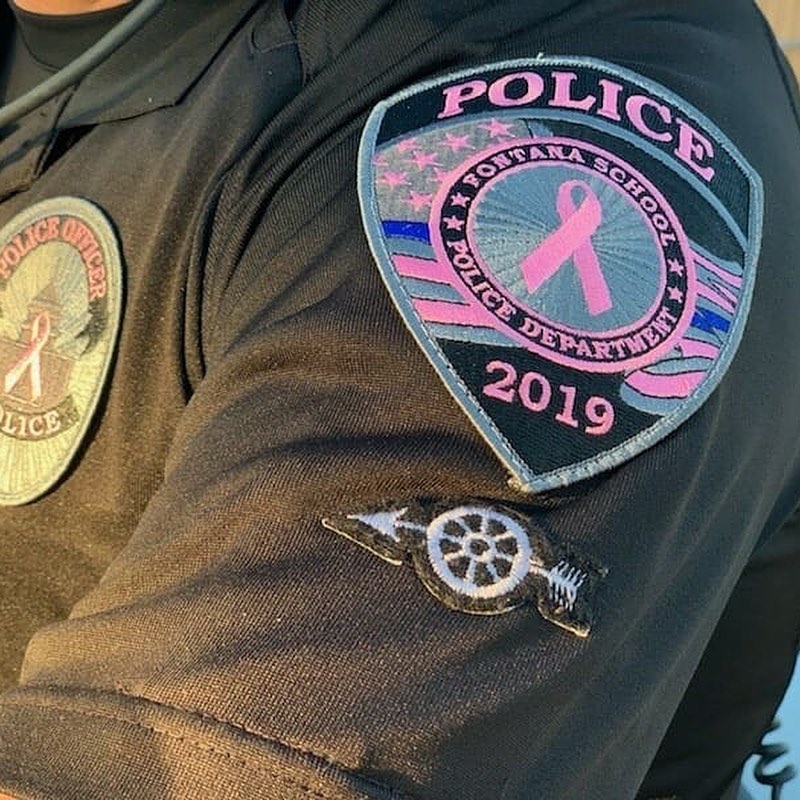