EL MONTE – El Monte Union High School District partnered with the El Monte Promise Foundation to honor the Class of 2021 with an Aug. 19 ceremony at El Monte High School, celebrating the hanging of graduate banners that will be displayed throughout the cities of El Monte, South El Monte and Rosemead.

Banners displaying photos of graduates will be hung from poles throughout the EMUHSD boundaries, honoring the Class of 2021 for their hard work and perseverance.

“As the Superintendent of the El Monte Union High School District, it is a privilege and honor to be able to celebrate our students who are going off to college and starting new and exciting careers,” Zuniga said. “These banners are not only a way for us to congratulate our grads, but they also serve as a reminder to current students that anything is possible, and that our District is committed to preparing them for their future.”

The new banners will replace the Class of 2020 banners, which will be kept at their respective school sites.

“The Promise Foundation is excited to have partnered with El Monte Union and the cities of El Monte, South El Monte and Rosemead to honor our graduates with these banners – it truly is a collaborative effort and we hope to continue this tradition in the future,” Cobian said.

El Monte Union, alongside the El Monte Promise Foundation, Supervisor Hilda Solis and the cities of El Monte, South El Monte and Rosemead, partnered to ensure that the Class of 2021 would be celebrated with congratulatory banners to be displayed throughout the community.

A representative from the office of Supervisor Hilda Solis presented certificates to El Monte Union, the Promise Foundation and the cities of El Monte, South El Monte and Rosemead, recognizing their outstanding partnership and dedication to students.

“Over the past four years, I have experienced many ups and downs, the latest and greatest being a global pandemic, but that didn’t stop me from becoming the top tier student I wanted to be,” Herrera said. “This community has supported me every step of the way.”

Herrera, who currently attends UC Davis, plans to return to El Monte and give back to the community that raised him.

082421_EMUHSD_BANNERS1: Representatives from El Monte Union High School District, the El Monte Promise Foundation, the city of El Monte, the city of South El Monte and the city of Rosemead receive certificates of recognition from the office of Supervisor Hilda Solis during an event to honor the Class of 2021 graduates with congratulatory banners, held Aug. 19 at El Monte High School. 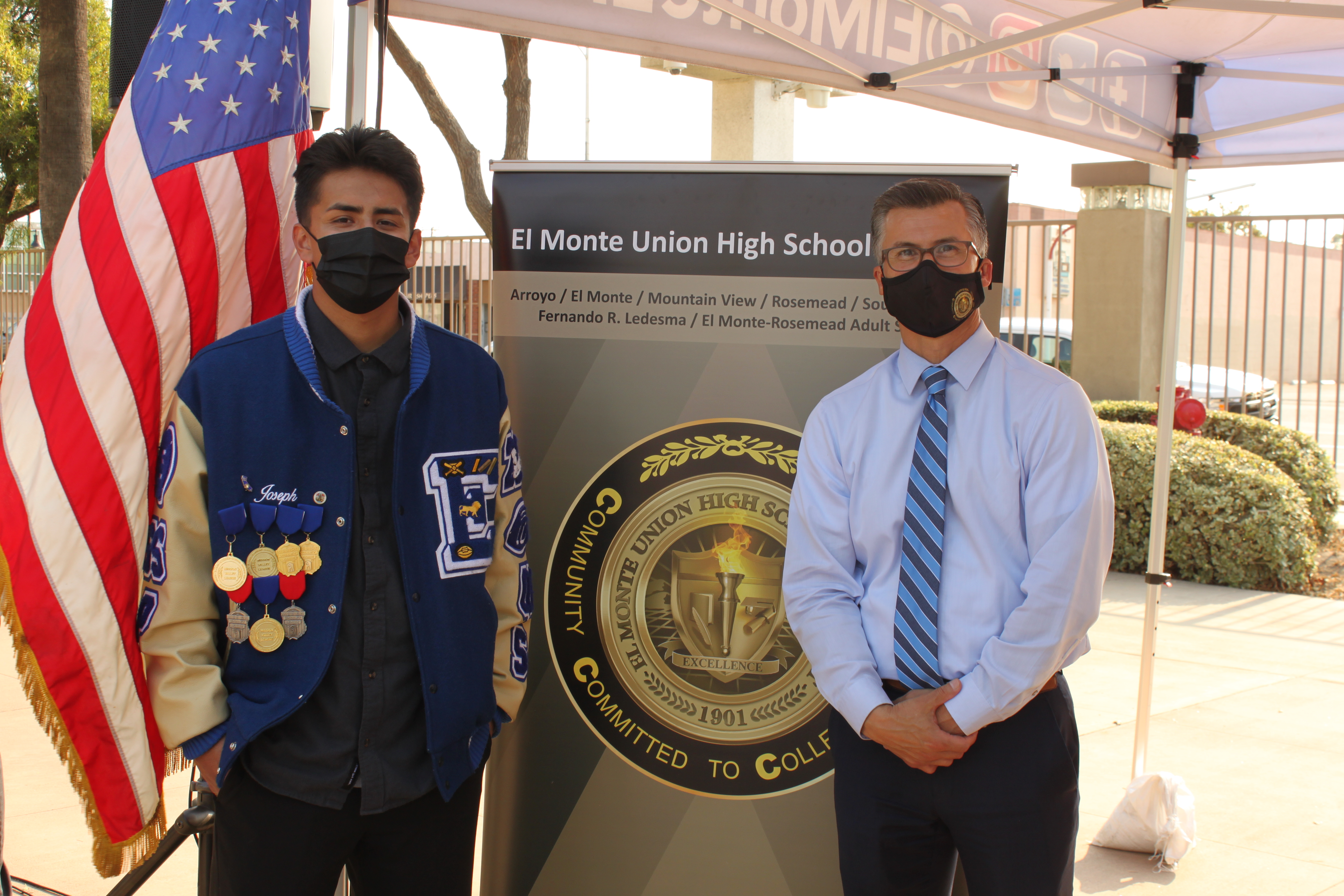 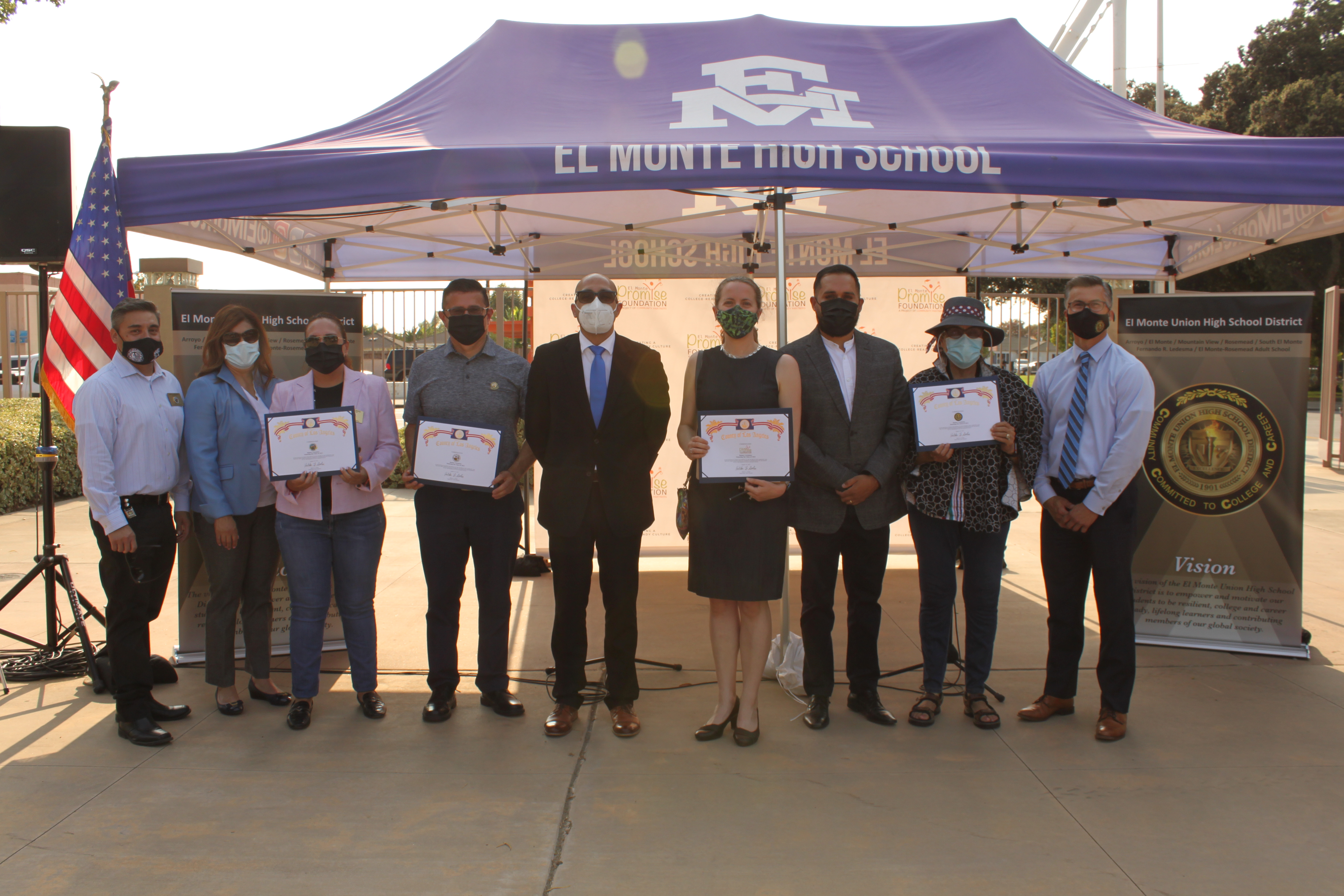