EL MONTE – Just weeks after going head to head in the kitchen to see who could prepare the most appetizing cuisine during the District’s inaugural Cooking Showdown, three El Monte Union student teams waited in anticipation at the Board of Trustees meeting on May 1 to find out who would be named the winner.

Channeling such popular cooking shows as “Top Chef,” six-member teams from Mountain View, Rosemead and Arroyo high schools were given 75 minutes to plan and prepare a unique and savory meal using chicken, sweet potatoes and beets on March 15. A three-person judges’ panel rated each plate, which featured vegetables grown by the Arroyo High Garden Club.

The 30-minute show – filmed, produced and edited by Mountain View High VISTA Academy video production students – premiered May 1, with the reveal show streamed live during the Board meeting.

“Our teamwork was top notch, our timing was perfect and we really came together at crunch time,” said head chef Jaselyne Ruelas, who has been in the culinary program for two years. “That’s what made it fun.”

“I’m proud of the whole team because we pulled it off,” Arroyo team member and junior Paola Gonzalez-Ruelas added. “We did really well and we deserve this.”

VISTA Academy students were equipped with cameras, boom mikes and viewfinders, covering the competition from every angle. They conducted on-camera interviews with student chefs in the kitchen, judges who waited for the meals to be prepared and the teams as they watched the judging on screen.

“We thought the Cooking Showdown was an excellent way to have our career technical education (CTE) pathways work collaboratively on a District project,” VISTA Academy teacher John Mann said. “It was a little nerve-wracking, but fun. And our kids are learning valuable job skills at the same time.”

050919_EMUHSD_CULINARY1: Students who participated in El Monte Union’s inaugural Cooking Showdown were recognized at the Board of Trustees meeting on May 1, where Arroyo High School was declared the winner, student chefs from Arroyo, Mountain View and Rosemead high schools received chef trophies and instructors of each program were honored. 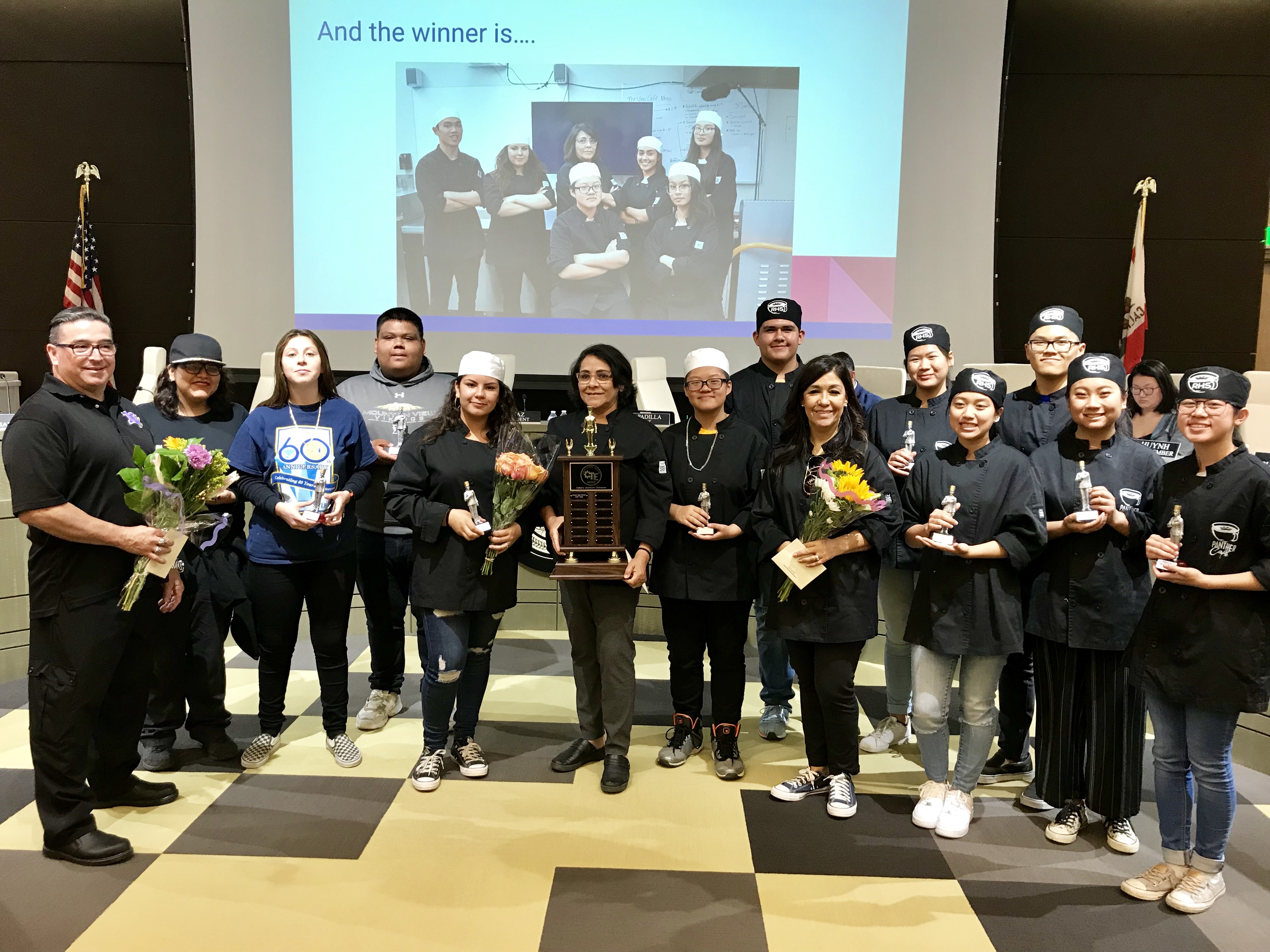 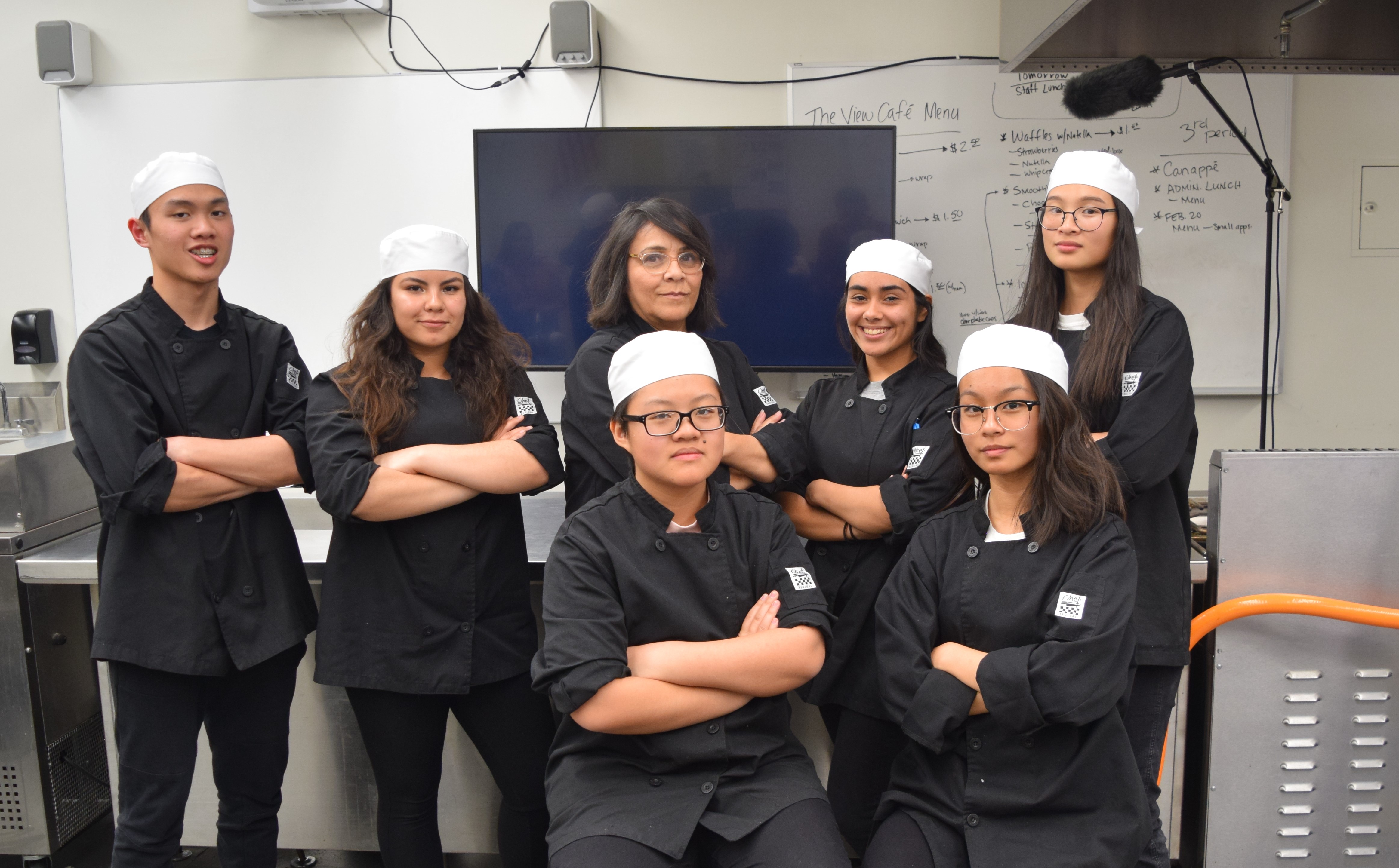