“Our parents, teachers, staff and community partners are the backbone of our success,” Zuniga said during his second annual State of the District. “They provide critical support to our college and career readiness efforts and ensure our students thrive in their future endeavors. We understand the importance of investing in our students and their futures, and I want to congratulate this community for supporting education.”

Guests received an overview of the District’s vision, mission and goals, its Community Committed to College and Career motto and five LCAP goals – demonstrated in a new District video.

The superintendent also discussed the importance of providing competitive academic and co-curricular programs, such as career technical education and Speech and Debate, with Arroyo High School students demonstrating their skills on stage.

Zuniga also touched on challenges ahead, such as declining student enrollment and rising employee benefit costs. Members of the Superintendent’s Parent Advisory Committee and parent groups across each EMUHSD campus were also recognized.

030119_EMUHSD_STATEOFDISTRICT: El Monte Union recognizes parents across the District for their support, engagement and participation at the second annual State of the District on Feb. 20. 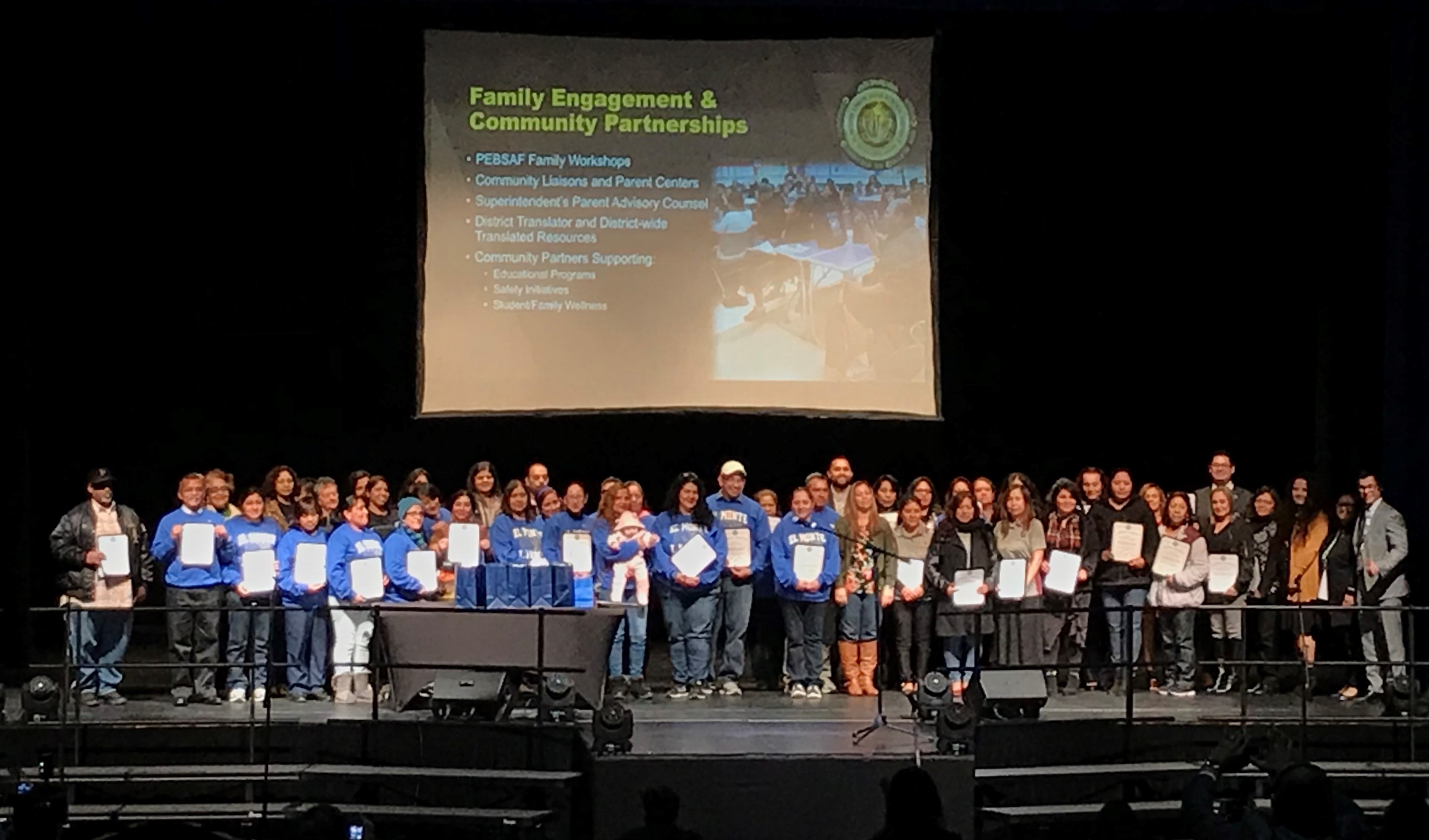 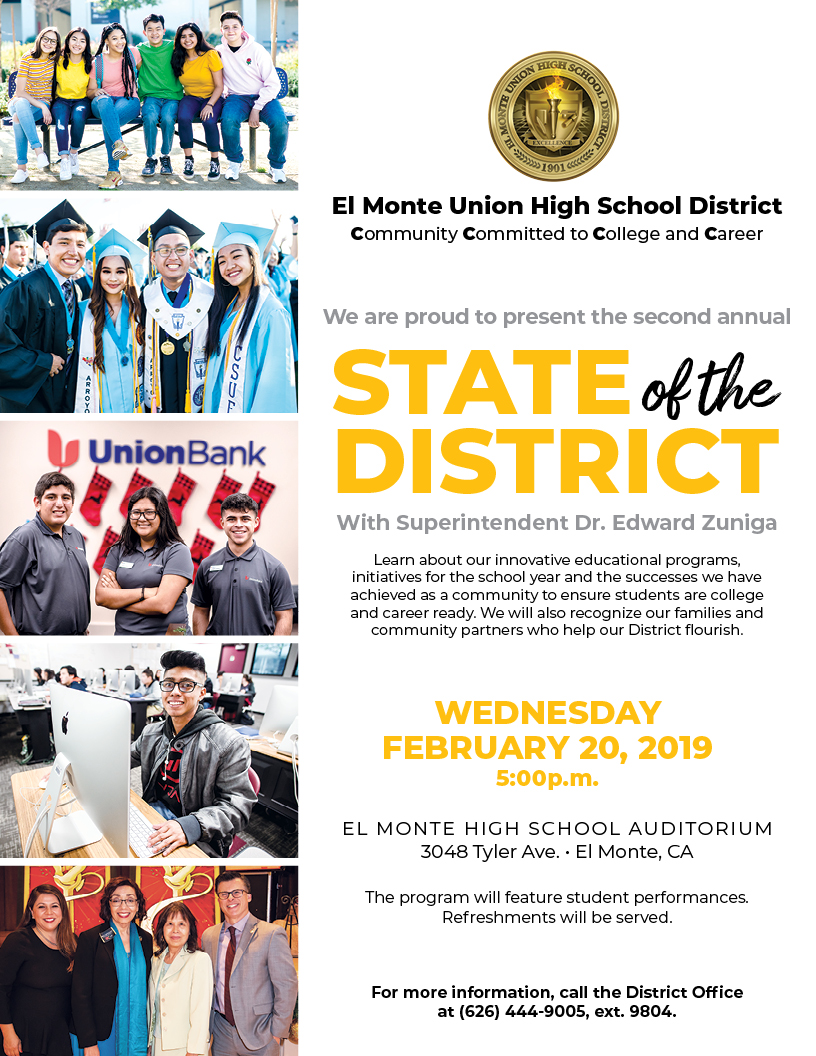