EL MONTE – Arroyo High School seniors Ethan Wong and Molly Hake share an affinity for academics and athleticism. After years of diligence in the classroom and in athletic competition, the students have been recognized as two of the top scholars in the nation.

Wong, who has served his share of aces as a member of the Arroyo Knights tennis team, scored his most impressive ace when he earned the highest possible ACT composite score of 36, a perfect score reached by only 2,760 students – or 1/10 of 1 percent – of the more than 2 million who took the ACT exam in 2017.

The ACT consists of tests in English, mathematics, reading and science, each scored on a scale of 1-36. A student’s composite score is the average of the four test scores.

“When I found out my score, I was taken completely by surprise,” Wong said. “I would like to thank my parents for fully supporting me and my teachers and coaches for providing me with the rigorous instruction that has enabled me to join such an exclusive group of high achievers. It is quite an honor.”

Wong is ranked first in his class of 547 at Arroyo, carrying a cumulative 4.46 GPA, taking the school’s most exacting courses, as well as community college math courses. He has applied to Stanford, USC, Occidental College, Harvey Mudd, Cal Tech and a number of UC universities.

He has achieved the highest Boy Scouts of America Award – Eagle Scout – in part by renovating the school’s tennis benches. Wong is also a member of a number of academic clubs, including California Scholarship Federation, and volunteers at the Huntington Library and Botanical Gardens.

Meanwhile, Hake, a distance runner who has garnered many awards as a member of Arroyo’s track and cross country teams, was recently recognized as a Commended Student in the National Merit Scholarship Program.

Hake’s high score places her among the top 50,000 of over 1.6 million students who entered the 2019 National Merit Program by taking the 2017 Preliminary SAT/National Merit Scholarship Qualifying Test (PSAT/NMSQT). Only 34,000 students across the nation were recognized as Commended Students.

“This has been an amazing year for me. I am so appreciative of the support I have received from Azusa Pacific and from my teachers and coaches at Arroyo,” Hake said. “Being named a National Merit Commended Student means so much to me. The work is hard, but the rewards are gratifying.”

“Ethan and Molly enrich the Arroyo High School community every day with their hard work and determination and I could not be prouder of them,” Principal Angelita Gonzales-Hernandez said. “They are role models, gracious competitors and community leaders. I wish them great success in their futures.”

021519_EMUHSD_AHSSCHOLARS: Arroyo High School scholar-athletes Ethan Wong and Molly Hake have been recognized for their individual academic achievements, with Wong earning a perfect ACT score and Hake earning Commended Student status for her score on the PSAT. 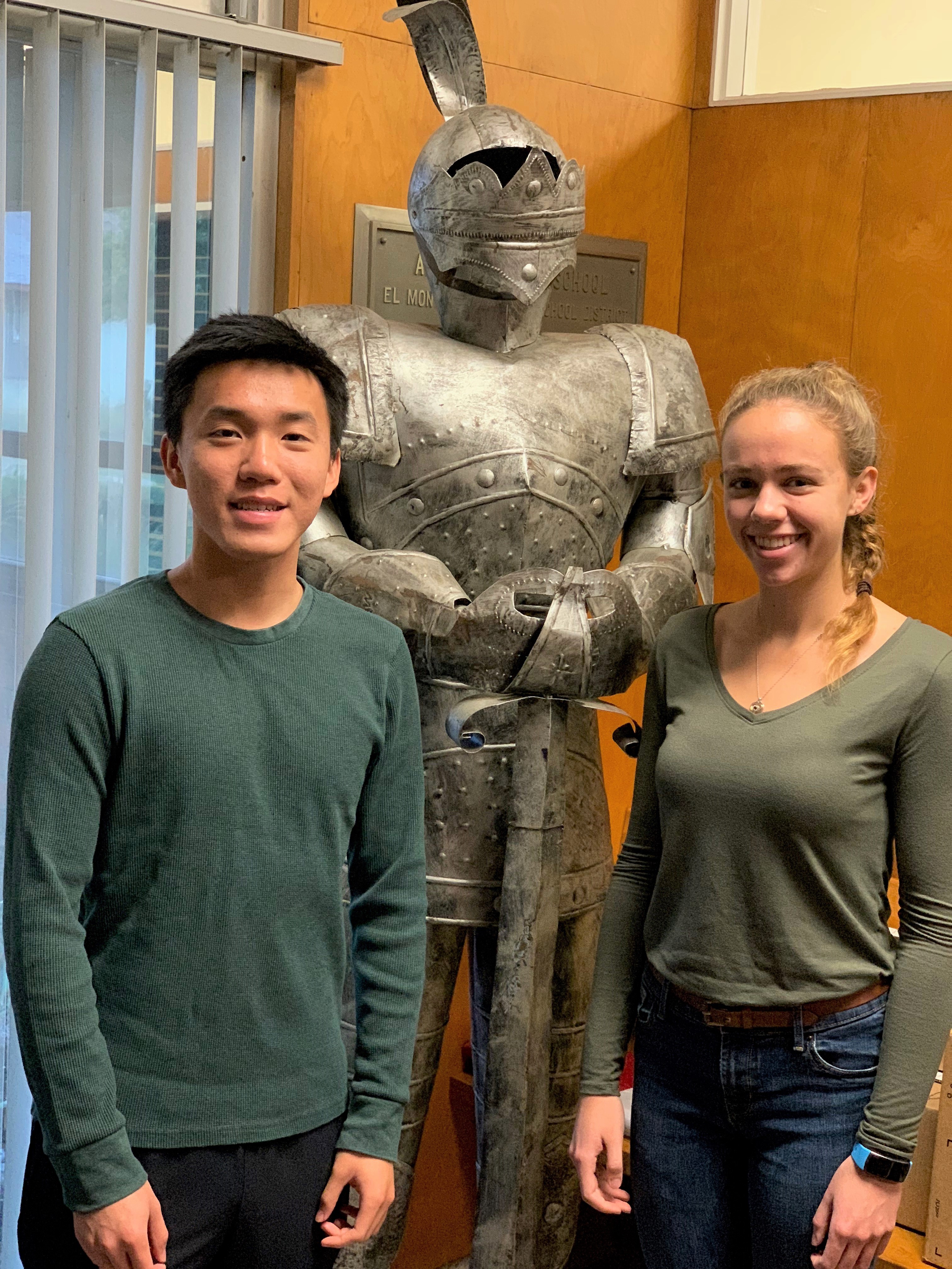