EL MONTE – Putting their culinary arts expertise to practice, three El Monte Union High School District Food Service and Food Science pathway student teams competed to see who could prepare the most appetizing cuisine during the inaugural Cooking Showdown, held March 15 at Mountain View High School.
.
The winning team will be announced at the Board of Trustees meeting on May 1.

Channeling such popular cooking shows as “Top Chef,” six-member teams from Mountain View, Rosemead and Arroyo high schools received mystery boxes containing the same three ingredients – chicken, sweet potatoes and beets – and 75 minutes to plan and prepare a meal. The students added their own savory touches to the mix, hoping to impress the judges’ panel.

“We were well-prepared. Chef Max teaches us the proper way to cook meats, chop vegetables and to go with our instincts on what to serve,” Mountain View senior Luis Villalobos said. “The stress level was high, but we had a lot of confidence and our communication was great.”

The judge’s scored each group’s dish based on timing, presentation, taste and creativity. Students from Mountain View’s VISTA Academy video production program filmed the competition and will post the complete show to each school’s YouTube channel on May 1.

Jeff Palmer, lead instructor of the Baldwin Park Food Service and Culinary Arts Academy, served as host of the Cooking Showdown, along with a student co-host. Vegetables were donated by Arroyo’s gardening club.

“All of our students did an amazing job today preparing and cooking meals, showcasing their culinary skills and demonstrating teamwork under pressure,” Superintendent Dr. Edward Zuniga said. “I also want to hand it to our VISTA Academy students, who are essentially creating a television show for our community to enjoy. It’s truly a team effort among our EMUHSD educators to prepare our students for the future and challenge them in new and innovative ways.”

032119_EMUHSD_COOKINGSHOWDOWN1: The Rosemead High School Culinary Arts team prepares a gourmet dish during El Monte Union’s inaugural Cooking Showdown competition on March 15 as they are filmed by VISTA Academy video production students. The game show-style competition will “air” on each school’s YouTube channel on May 1.

032119_EMUHSD_COOKINGSHOWDOWN2: Arroyo High School Culinary Arts students sit in a “green room” at Mountain View High School and watch as judges taste their creations in the next room during El Monte Union’s inaugural Cooking Showdown competition on March 15. The final winner will be announced May 1. 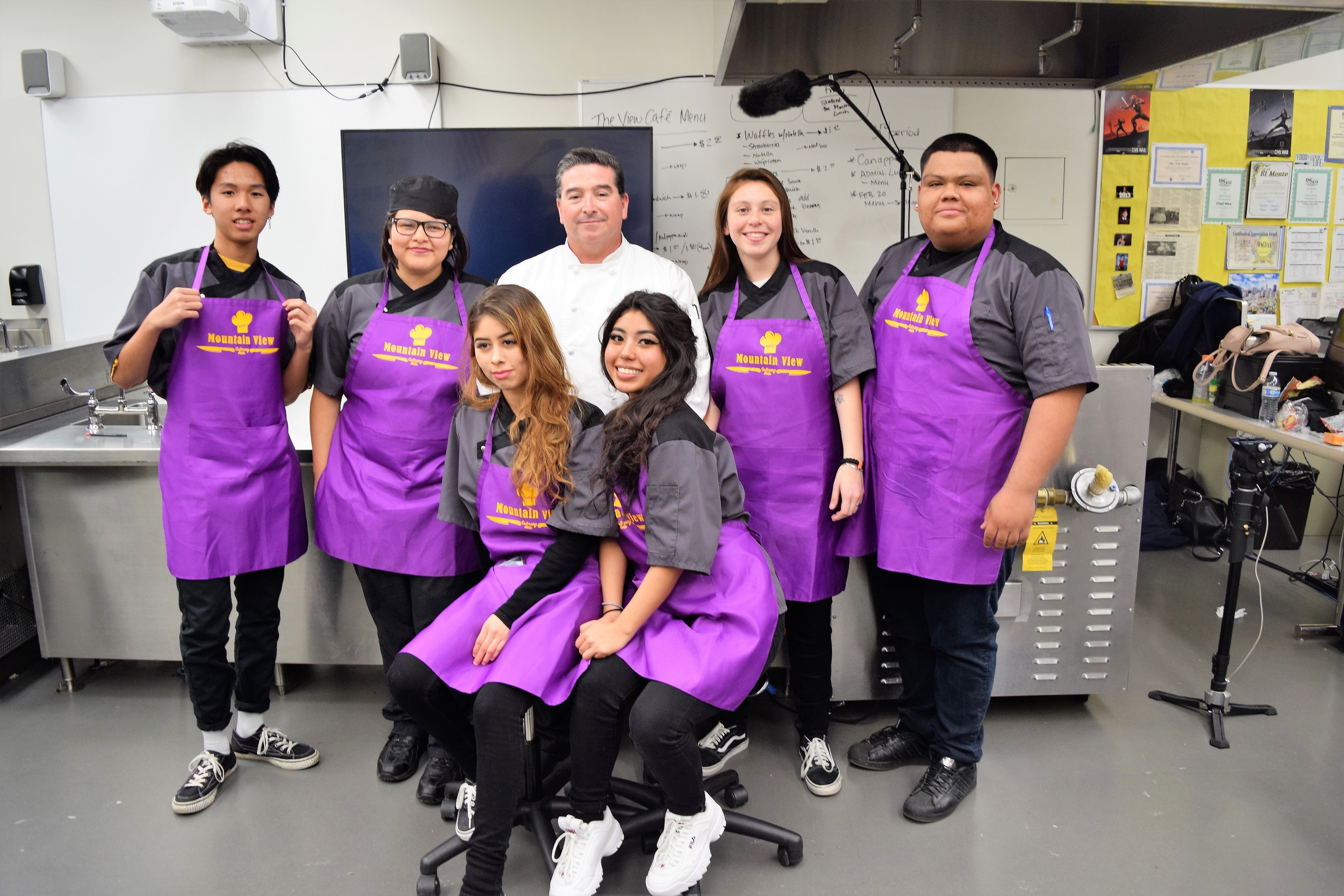 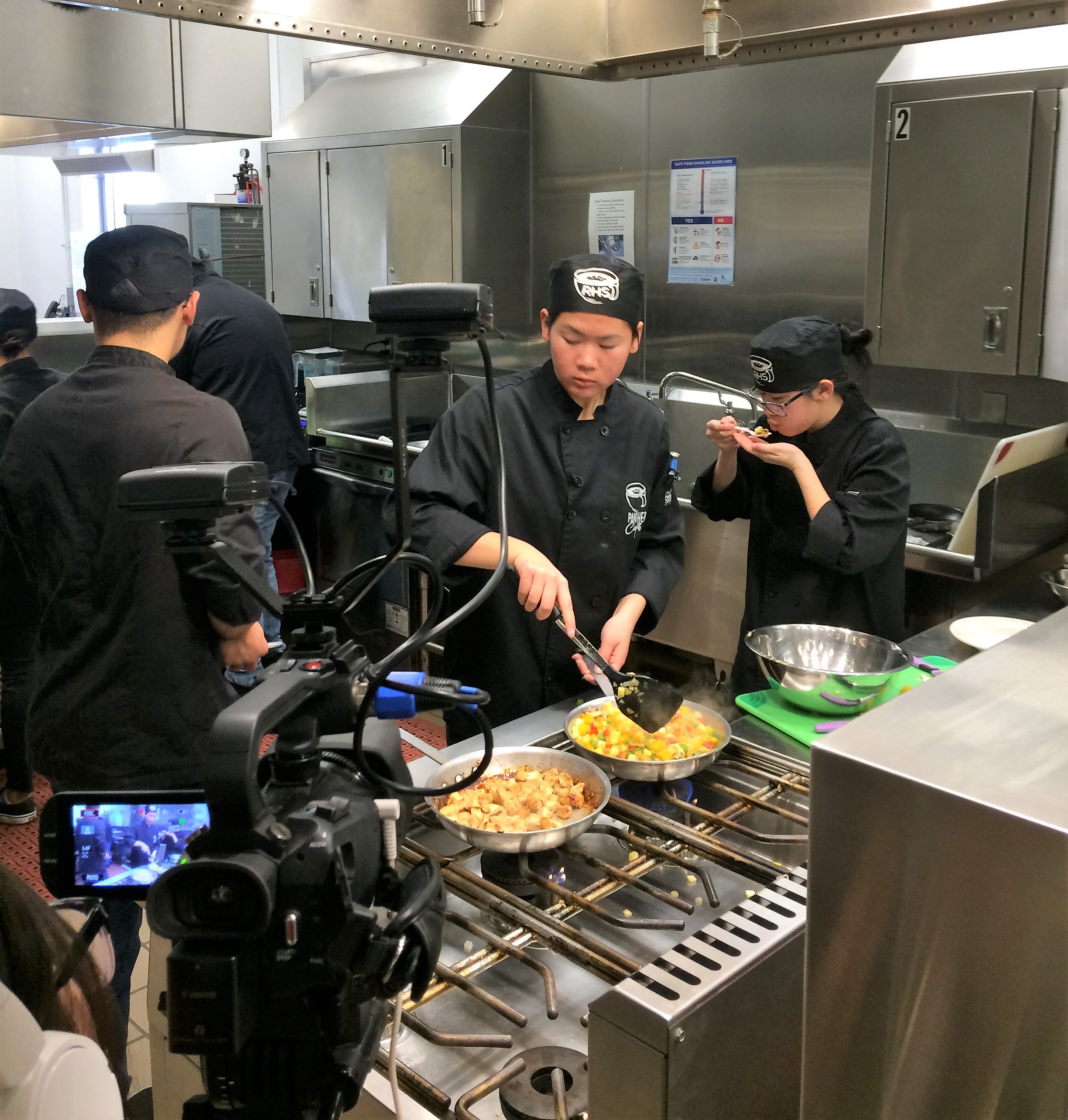 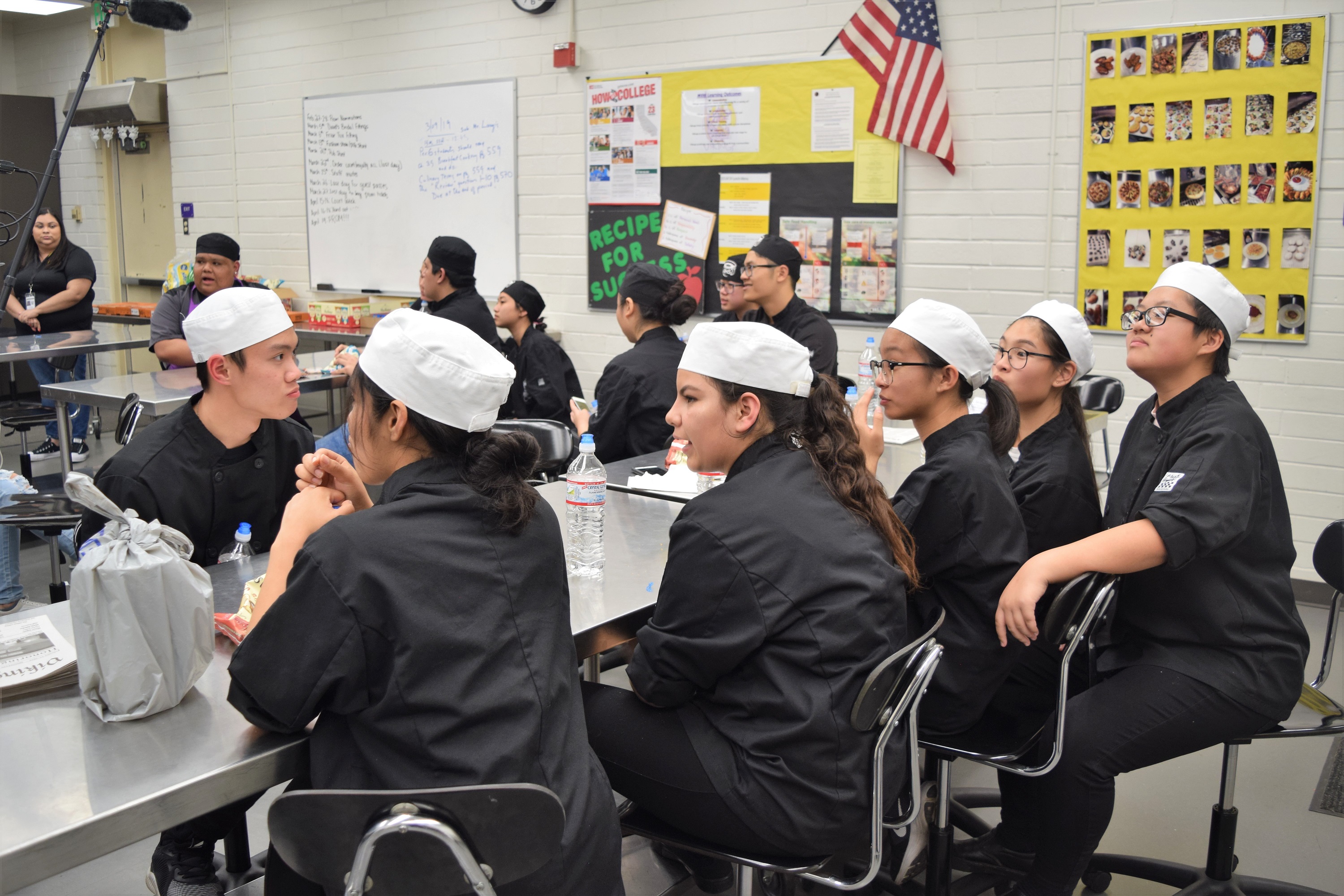