EL MONTE – Arroyo High School senior student Kelli Doan learned the basics of cooking while helping her mother prep a week’s worth of family meals on Sundays. When Doan discovered she could expand her skills by taking culinary arts classes at Arroyo, she eagerly enrolled. She never dreamed it would lead her down the road to becoming a master chef.

Doan was recently awarded a $125,000 scholarship through the Careers through Culinary Arts Program (C-CAP) to attend the prestigious Culinary Institute of America New York campus, where she will pursue a bachelor’s degree in culinary science.

“This is amazing. I had no idea this would happen,” Doan said. “I am so excited! Thank you so much to my teacher for all of her support in helping me develop as a chef and encouraging me to use my intuition in the kitchen.”

“I would have never thought a high school cooking class could help guide me and give me the push I need to grow as a person,” said Aguilar, who is considering attending Mt. SAC or L.A. Trade Tech College. “I just want to cook and be in a workspace where I feel at home. Cooking is an important part of my life and I can’t wait to see what is in my future.”

The scholarships were awarded based on the results of a C-CAP preliminary cooking competition, held Feb. 7 at the Institute of Culinary Education in Pasadena, where students demonstrated their knife skills and prepare two dishes: a French omelet and a cucumber salad.

Doan, Gonzalez, Winata and Aguilar all advanced to the C-CAP Los Angeles regional final, which was to be held in April but was canceled due to the COVID-19 health crisis.

“I am so proud of my students,” Arroyo culinary teacher Genevieve Wobrock said. “They have been working and training so hard and now we are excited to celebrate.”

“El Monte Union’s culinary arts program continues to reward our students with the knowledge and support they will need to enter a highly competitive field where hard work, skill and innovation determine success,” Superintendent Dr. Edward Zuniga said. “I want to thank our tremendous instructors and C-CAP for giving our students the opportunity to explore potential careers and fulfill their dreams.”

051120_EMUHSD_CCAP1: Arroyo High School senior student Kelli Doan has won a $125,000 scholarship through the C-CAP program to attend the Culinary Institute of America in New York.

051120_EMUHSD_CCAP2: Arroyo High School senior student Kelli Doan prepares a meal during the El Monte Union Culinary Showdown, which took place in March. She was recently awarded a $125,000 scholarship through the C-CAP program to attend the Culinary Institute of America in New York. 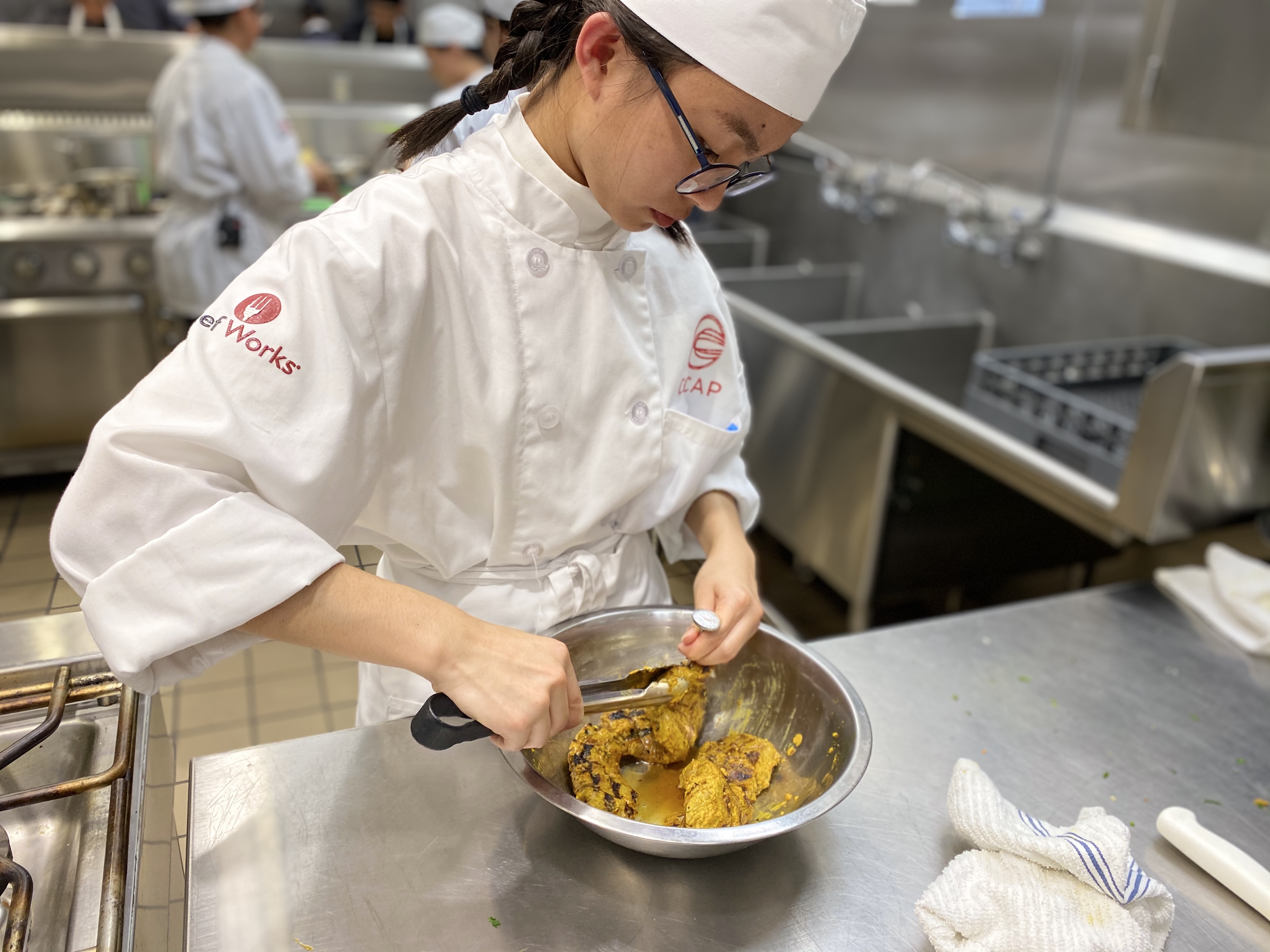 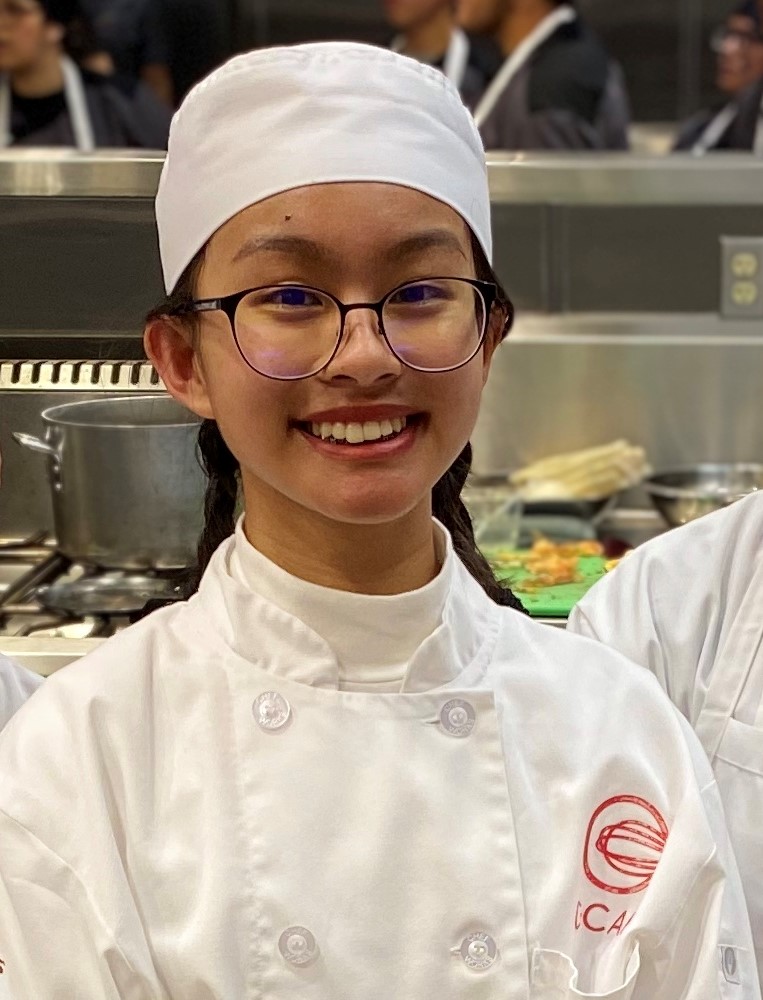