District officials, SCE representatives gathered at South El Monte High School to “plug in” the newest EV station at the school and celebrate the milestone with students and the community.

El Monte Union is the first public school district to be accepted into the Charge Ready program – aimed at getting more EV charging stations installed in locations where drivers park their cars for extended periods of time. The District is close to completing the installation of 44 stations at six sites.

“We are proud to be an energy-efficient and environmentally conscious school district that not only cares about the health, well-being and education of our students, but also our environmental impact on the world,” said Superintendent Dr. Edward Zuniga, who served as the event’s MC. “We are thankful to Southern California Edison for supporting our sustainability efforts and affording us the opportunity to participate in this groundbreaking program.”

The event included remarks from EMUHSD Board of Trustees Clerk David Diaz and SCE Senior Vice President of Regulatory Affairs Caroline Choi, both of whom emphasized the importance of clean air. The event also featured a display of electric vehicles to highlight the various eco-friendly transportation options available, as well as a plug-in ceremony.

El Monte Union qualified in May 2016 to participate in SCE’s $22 million Charge Ready program, which has funded installation of EV stations at schools, multi-family spaces, office and government workspaces.

Under the program, El Monte Union owns, operates and maintains the electric vehicle charging stations, while SCE is charged with installing and maintaining the supporting electrical infrastructure, valued at about $172,000 per site.

“We have made a concerted effort to support thoughtful environmental stewardship and sustainable living by engaging our students, community members and local partners,” said EMUHSD Energy Manager Shawn Cun, who has been instrumental to strengthening the District’s environmental programs. “Our community partners are essential to reducing our carbon footprint and raising awareness of how others can do the same.”

At full capacity, the charging stations can supply more than 170 megawatt-hours of energy to EMUHSD employees and students annually, allowing for nearly 700,000 miles of travel with electric powered vehicles and offsetting about 160 metric tons of carbon dioxide.

El Monte Union is a Green Ribbon School and Energy Star leader recognized by the state and the U.S. Department of Education for its pioneering energy savings projects and energy efficiency.

Recently, the District secured $13.6 million in Clean Renewable Energy Bonds) for solar power installation at five sites. It has also been recognized with a San Gabriel Valley Water Smart Award by the Upper San Gabriel Valley Municipal Water District for achieving significant reduction in water usage through a landscape survey and retrofit program. 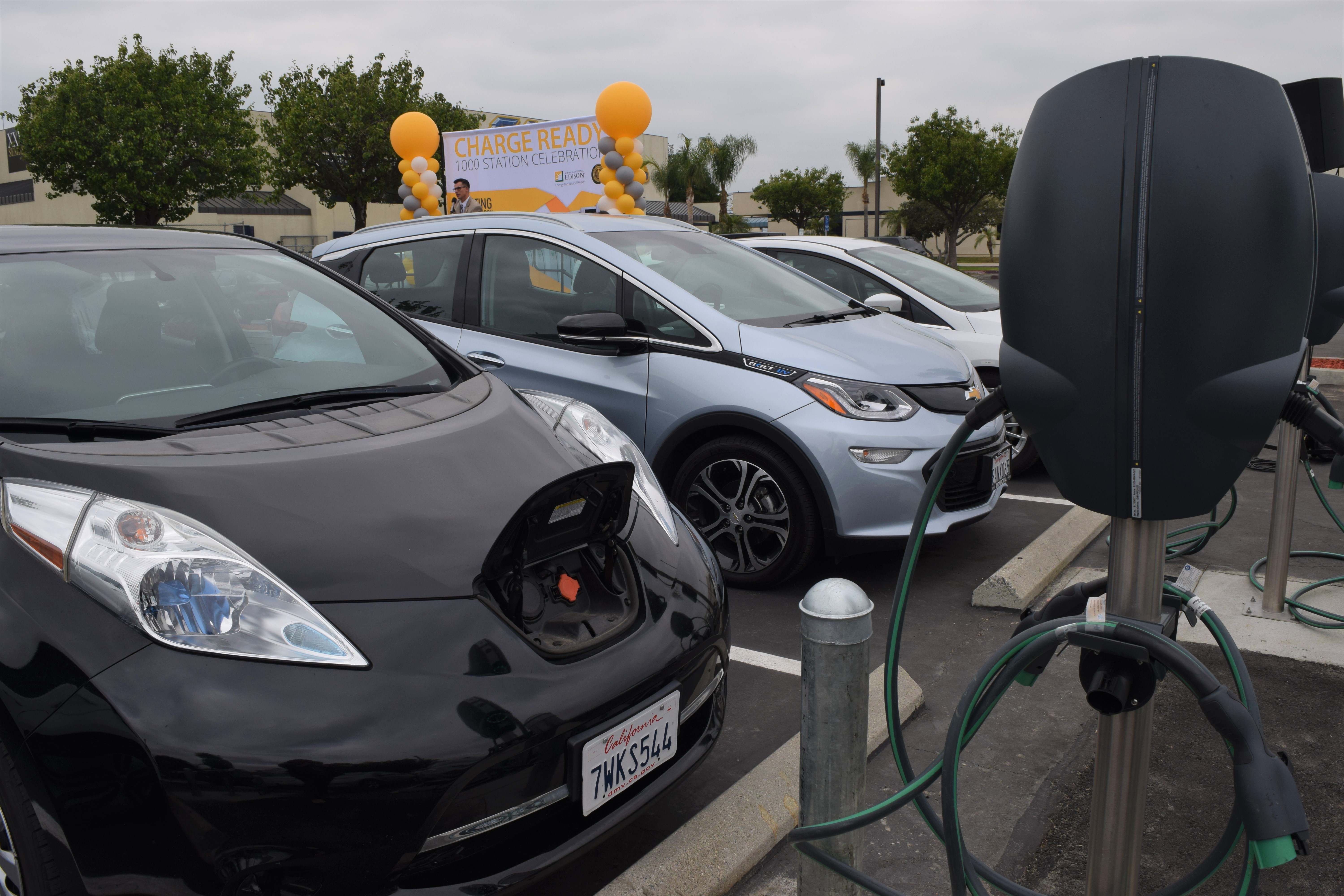