EL MONTE – South El Monte High School (SEMHS) celebrated its Early College Academy (ECA) class of 2022 with a Gala and Awards Night for students and their families, as well as teachers and administrators from Río Hondo College and El Monte Union High School District on May 17.

“I personally enjoyed being a part of the Chicano studies class,” SEMHS senior Michelle Martinez, an ECA graduate who is attending UCLA in the fall, said. “It helped me gain a better understanding of my background and made me feel even more proud of my culture.”

The celebration concluded with those in attendance proudly singing the SEMHS alma mater while a slide show of photos from the event played on the big screen.

“These students you see before you are not simply graduating high school but are already considered freshman in college,” SEMHS Principal Dr. Jorge Morales said. “This spectacular achievement was made possible through the hard work and perseverance of our students, and also through the leadership and support of our District office, community partners at Río Hondo College, and our families. At South El Monte High School, we believe that every student is a success story.”

After graduating from high school, ECA students may continue their education at Río Hondo College or transfer their credits to another college or university.

Currently, 400 students in grades 9-12 are participating in the ECA program at SEMHS. More information about this program can be found on the SEMHS website.

“This is a remarkable moment in EMUHSD history as we celebrate the first graduating class of South El Monte High School’s Early College Academy,” Superintendent Dr. Edward Zuniga said. “As a District, we are extremely proud of the dedication our students displayed while taking college-level courses throughout their four years of high school. We also want to thank Río Hondo College for their partnership and commitment to ensuring our students are college and career ready.”

EMUHSD_ECA_AWARD NIGHT_3: South El Monte High School (SEMHS) seniors and Early College Academy graduates Elizabeth Amezquita (left) and Michelle Martinez (right) lead students and families as they sing the SEMHS alma mater, while a slide show of photos from the night plays on the big screen at the Gala and Awards Night on May 17. 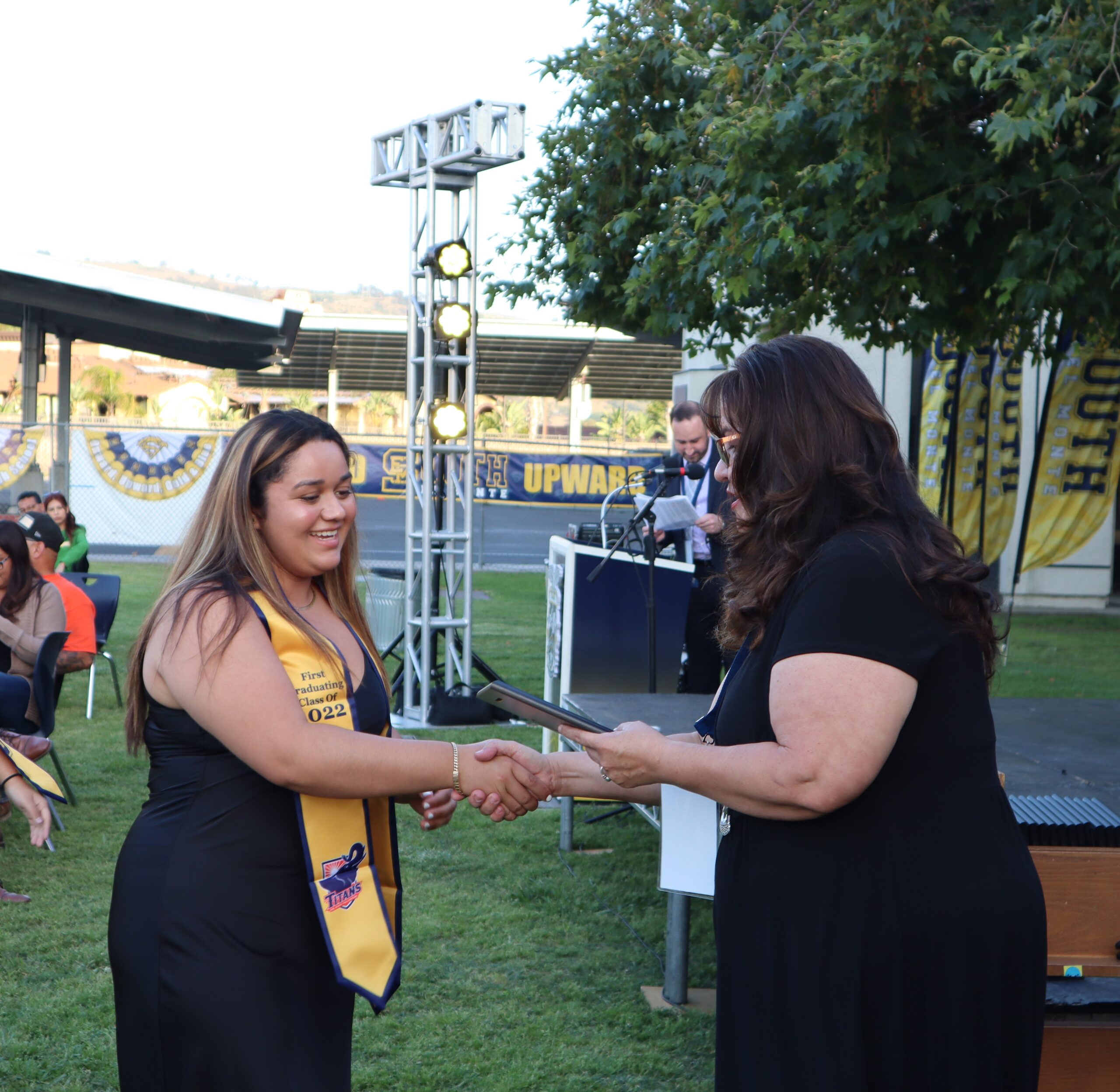 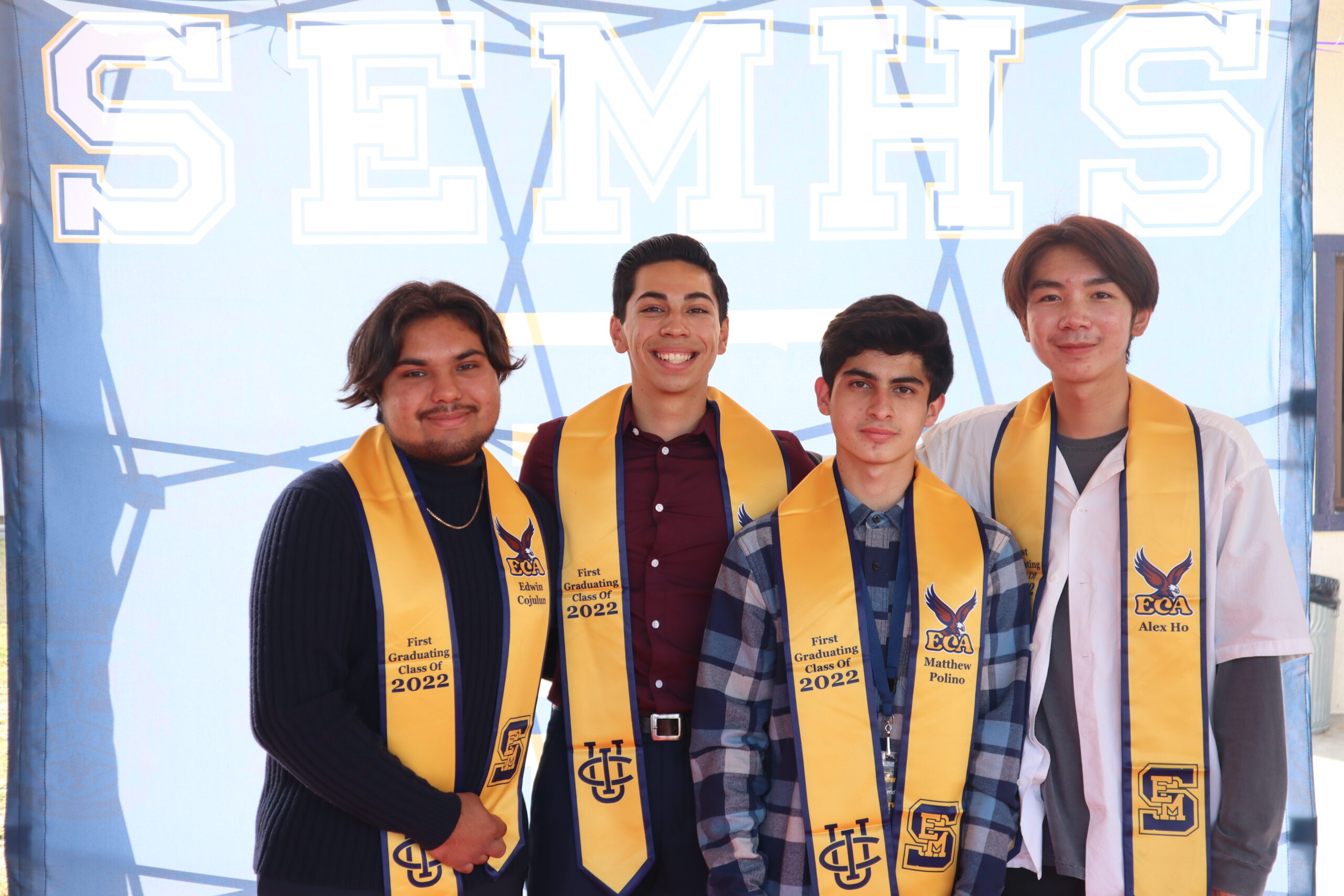 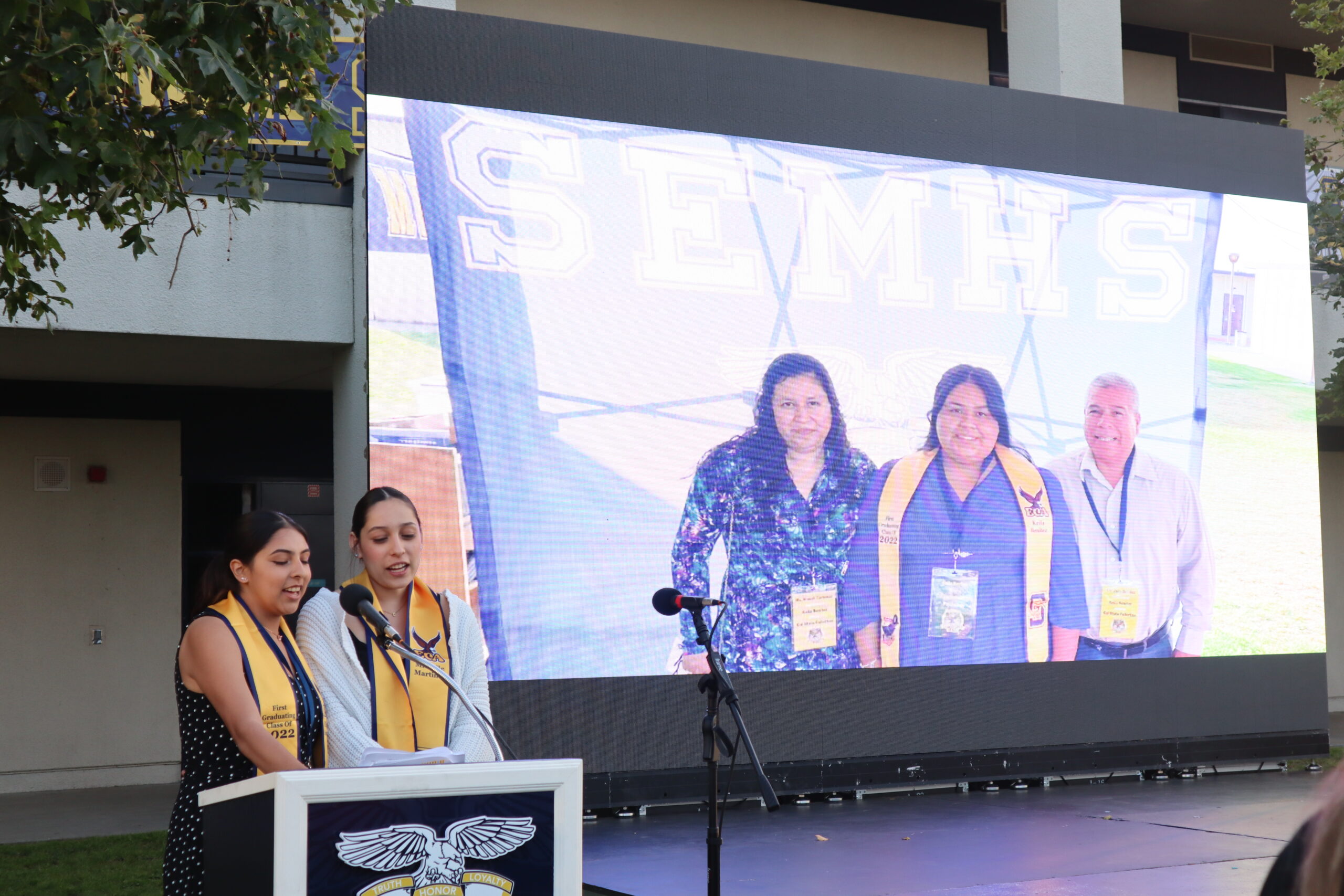