EL MONTE – El Monte Union High School District is continuing its annual tradition of displaying more than 450 banners that feature the photos and academic accomplishments of its Class of 2022 graduates throughout the cities that make up the District.

“We are proud to put the spotlight once again on our amazing students, who have worked so hard and gone through so many challenges, and are now taking the next steps into higher education or a post-secondary career,” Superintendent Dr. Edward A. Zuniga said. “Thank you so much to our city partners, the El Monte Promise Foundation and Supervisor Hilda Solis for their tremendous work in keeping this tradition going for a new class of graduates.”

The banner tradition began at the end of the 2019-20 school year after the COVID-19 pandemic effectively canceled in-person graduations. The community response was supportive of the banners, inspiring El Monte Union and its partners to make the banner recognition an annual event.

The El Monte Promise Foundation raised more than $1,600 to support the banner program this year, while Supervisor Solis provided a $1,000 sponsorship. El Monte Union worked with its city partners to determine what locations throughout the District would be used to showcase the banners.

“It’s very important for the community to see the accomplishments of its children,” El Monte Promise Foundation Executive Director Jennifer Cobian said. “Families need to know that college is something that every child can aspire to and, starting at a very early age, with the right planning, can be attained by all. The Promise Foundation supports every effort by our families to make this dream possible.”

Now in its 10th year, the El Monte Promise Foundation is a nonprofit that supports community efforts to create a cradle-to-college pathway, helping families set up a 529 college savings plan through the Scholars Savings Program, offering assistance on financial literacy and supporting year-by-year higher education goals through its recently launched Roadmap to College program.

Visit the District’s YouTube Channel to get a closer look at the annual banner tradition, which highlights the dedication of its graduates and the teamwork behind this project. 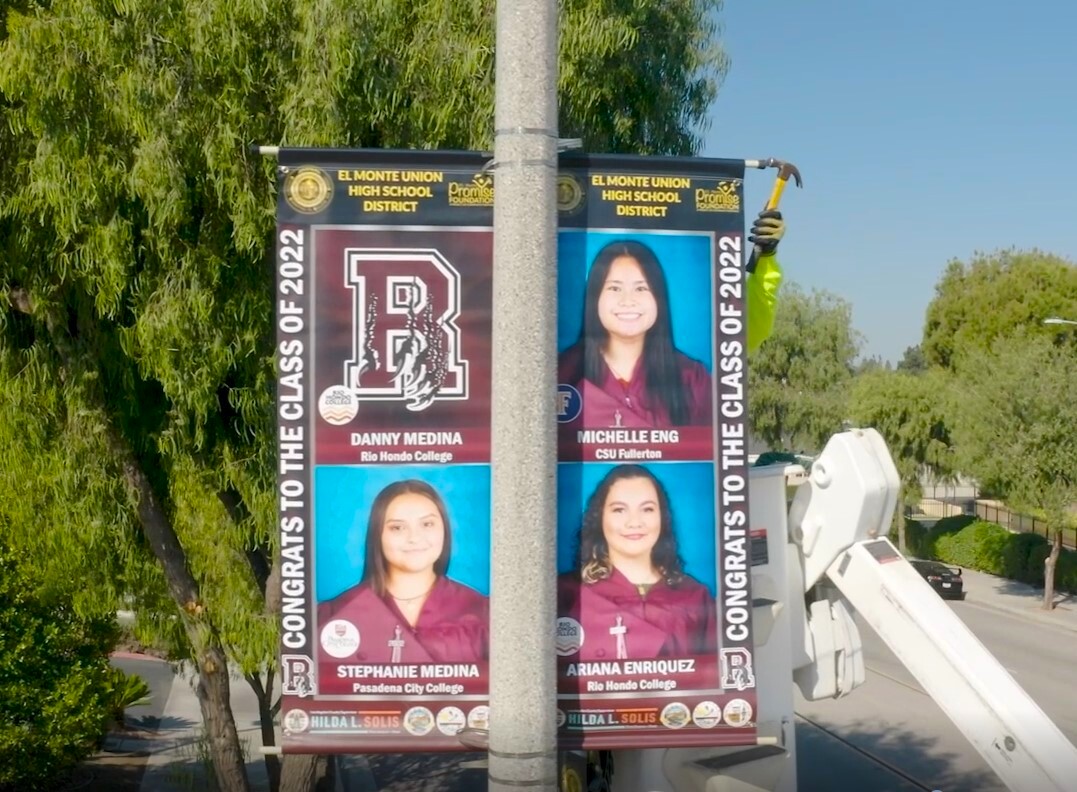