EL MONTE – Throughout her childhood, South El Monte High School Class of 2021 graduate Heather Gomez discovered a joy for playing soccer and a love of children. Gomez, who helped lead the SEMHS Eagles girls soccer team to a state championship in 2019, is taking her athletic prowess and dream of a career as a pediatrician to Montevallo College in Alabama.

Gomez graduated with a 3.8 GPA, completed eight AP classes and holds the school record for most goals scored, totaling 29 — one of the scholar-athlete’s many accomplishments on the field.

“As a first-generation college student, this is very exciting for me and my family,” Gomez said. “Making the transition to college in Alabama is going to be difficult, it’s a big step, but I am ready for the challenge.”

Gomez has three sisters and four brothers and credits her athletic toughness to coming from a large family. As she got older, Gomez realized she was a magnet for young children, who seemed to naturally gravitate toward her. Gomez, who will major in biology at Montevallo, saw this affection as a sign that she should pursue a career helping children grow up strong and healthy.

“I love kids. Being around them brings me joy, and becoming a pediatrician is one way I can continue to help them grow,” Gomez said. “It’s all about family to me. I love spending time with my family, and greatly appreciate all the support they have given me over the years.”

Gomez began playing soccer at three years old and started club soccer at seven years old. As a freshman, Gomez joined a young South El Monte team that had lost several seniors and had not won a Mission Valley league championship in 10 years. Everything changed in 2019.

The Eagles dominated their Mission Valley competition, finishing with an 11-1 record, with Gomez, then a sophomore, scoring goals almost at will. South El Monte continued its hot streak through the CIF Southern Section Division VI playoffs, securing the title with a 5-1 win over Arrowhead Christian, giving the girls soccer team a chance to vie for South El Monte’s first-ever state championship.

In the state final versus Desert Mirage, the teams were deadlocked at 1-1 when Gomez cut through the defense and fired a crosskick to her teammate Makayla Cordova, who struck what would be the winning goal. South El Monte won 2-1, and Gomez was recognized as Eagles co-MVP and earned the CIF SS Division VI Player of the Year award.

“It was a big deal for us to win the Mission Valley title, that was the goal from the start,” Gomez said. “We gained more and more confidence as the playoffs progressed and we realized, hey, we’re a great team, we can do this. We can go all the way. And we took the triple crown – league, CIF, state.”

Though a rigorous athletic schedule kept her busy, Gomez prioritized her academics and participated in many extracurricular activities, including the 2021 South El Monte academic decathlon team. When Gomez found the time, she would make afterschool visits to her teachers.

“I would go in for a little tutoring, but it was more like a bonding session with my teachers,” Gomez said. “It’s good to know that your teachers recognize you as more than a student, but also as a person. These visits really helped me grow as a person.”

Gomez received scholarship offers from many California colleges, but the COVID-19 pandemic impacted her recruiting process. Gomez’s preparation and self-determination paid off, as she accepted an offer to attend school and compete collegiately at Montevallo.

“Heather Gomez was truly a student leader on campus,” South El Monte Principal Dr. Jorge Morales said. “In the classroom she collaborated with students and teachers. Her time management and balance of academics and competitive soccer should be commended, as she helped make South El Monte a better school. We are so proud of her accomplishments here and wish her all the best in her future.” 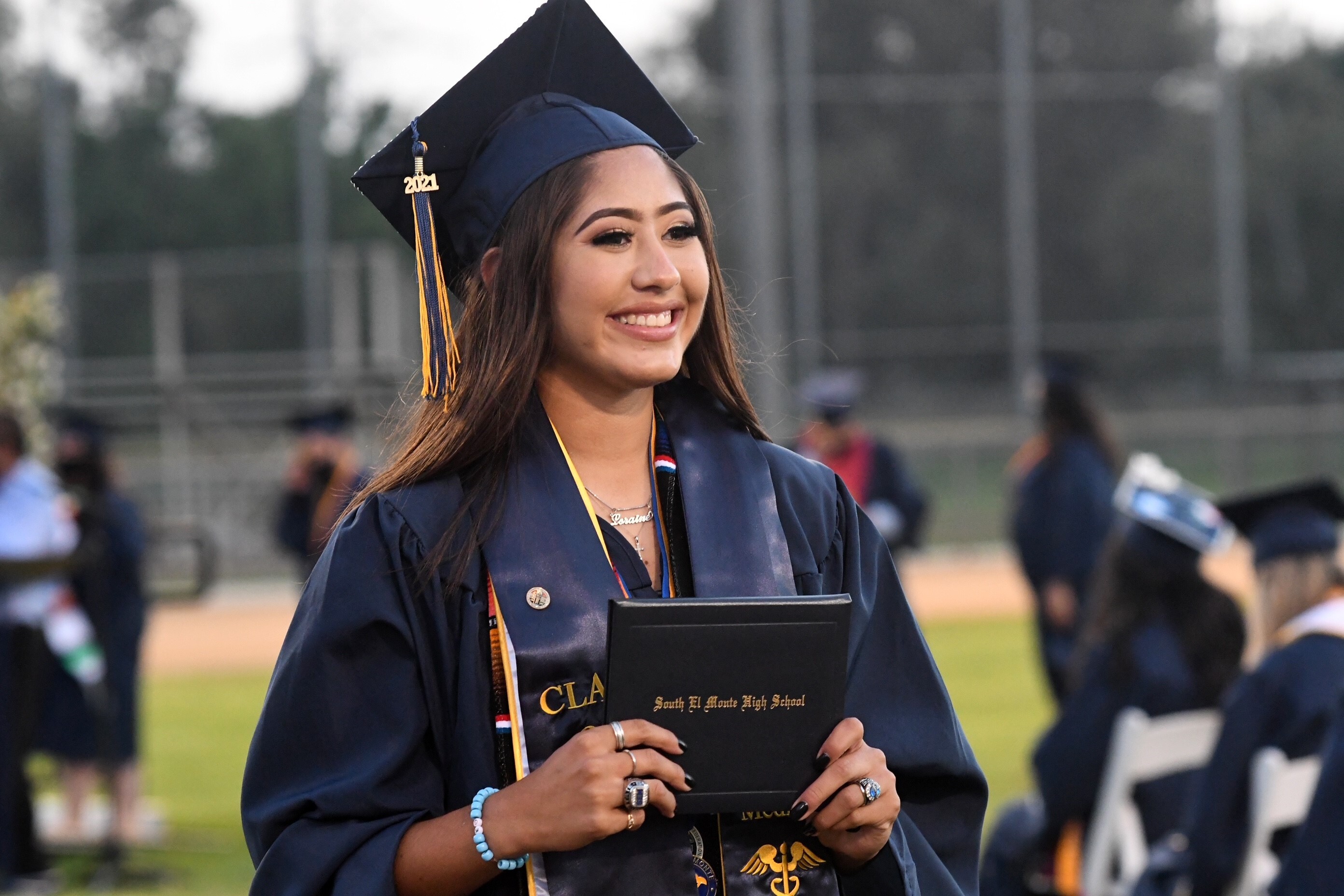