EL MONTE – Each time El Monte High School hurdler Derek Song steps onto the track, he pushes himself to improve on his momentum and speed; however, it is his kindness toward opponents and genuine care for his teammates that earned him the Positive Coaching Alliance (PCA) Triple-Impact Competitor award.

Song is one of 10 Los Angeles-area high school student-athletes to receive the recognition along with a $3,000 scholarship from PCA, a national nonprofit that works to develop better athletes and individuals by providing character-building sports opportunities.

“I never see my opponents as enemies but as people who have the same goals as me,” Song, a senior, said. “It feels really good to be recognized for my sportsmanship because sports have helped me grow so much – I’m a totally different person from freshman year and I’ve come out of my shell.”

Scholarships are awarded to students who demonstrate that they continually work to better themselves, help their teammates and improve the game as a whole – three levels in which a Triple-Impact Competitor works.

“When I found out that I won the scholarship, it made me realize how much my coaches, family and friends helped shape me into who I am today,” Song said.

Song played basketball for his first three years at El Monte High School and started on the varsity track and field team during his sophomore year, competing in jumping events such as long and high jumps.

For his senior year, Song transitioned to hurdling, using his adrenaline to launch himself at full speed over obstacles on the track. He trains on the track for over two hours daily, strength trains three days a week and maintains a balanced diet.

Once a withdrawn student who benefited from the support of others, Song understands the importance in encouraging and motivating his teammates and opponents.

“The worst feeling is being hopeless and I don’t want anyone to feel that way when I can try and make a difference,” Song said. “It means a lot when you see that others believe in you and want you to be the best you can be.”

Aside from being a compassionate athlete, Song holds a 4.2 GPA and keeps a rigorous schedule of Advanced Placement courses. He is a three-year member and current president of the Leo’s Club, a community service club that assists with school events and focuses on local outreach.

Song will use the PCA scholarship toward a biology degree from UC Irvine or UC San Diego. After college, Song plans to return to El Monte to give back to the community.

“Derek Song started off his high school career as a quiet, shy freshman,” El Monte High School Principal Robin Torres said. “Over the last few years, I have seen him mature into one of the best student leaders I have ever met. As a principal, I admire his willingness to support the entire El Monte community.”

041218_EMUHSD_PCASCHOLAR: El Monte High School senior Derek Song was named a Positive Coaching Alliance Triple-Impact Competitor and earned a $3,000 scholarship for his dedication to track and field and commitment to encouraging his teammates and opponents. 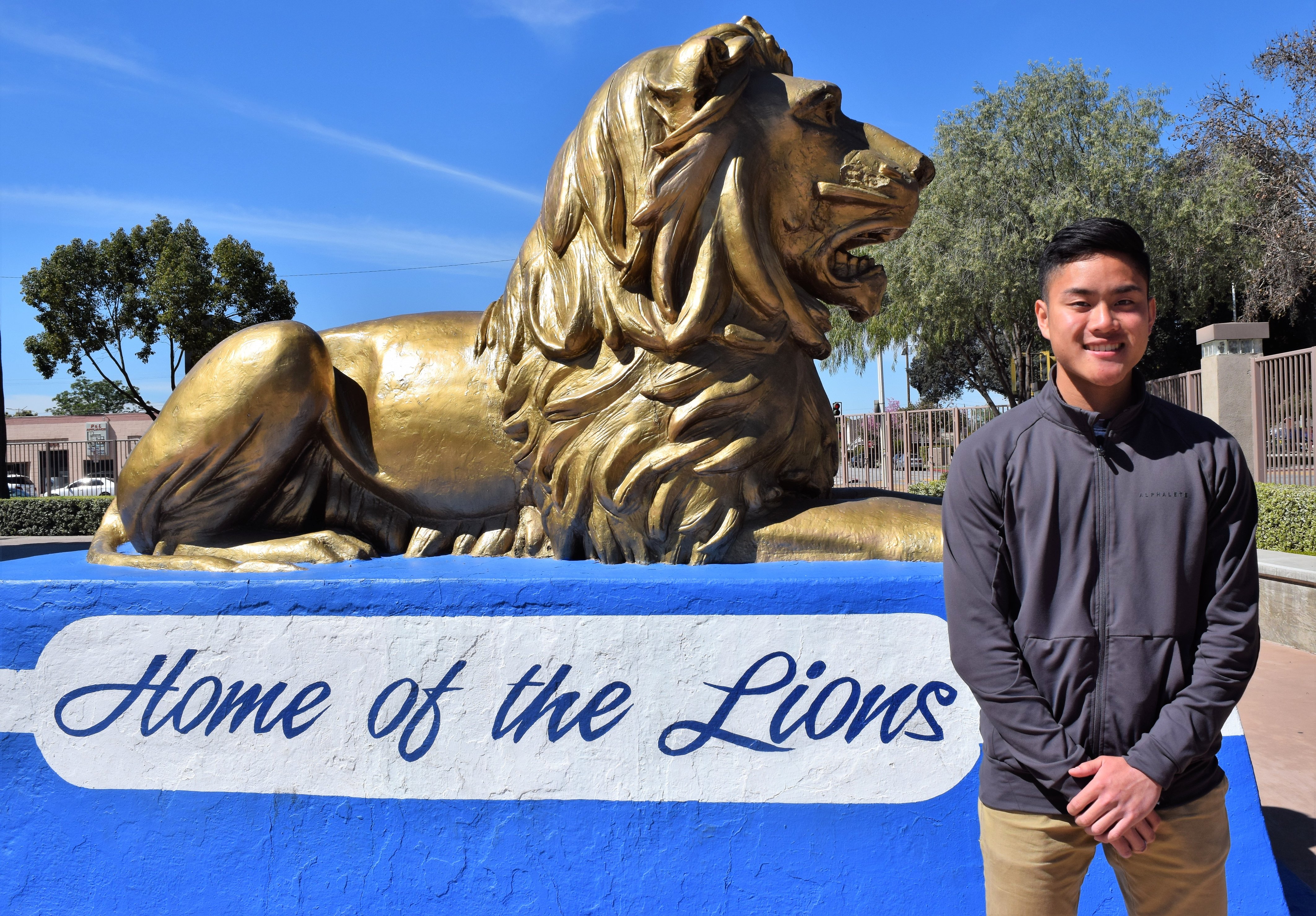