WEST COVINA, CA – Edgewood High School senior Carissa Castro’s hard work in the classroom and passion to improve access to clean water have earned her a $40,000 scholarship from Edison International – one of just 30 given to high school students across Southern California.

Castro, who was surprised by her mom and fellow ASB members during a physics class on March 20, was selected from more than 2,000 applicants to be an Edison Scholar.

“Honestly, I didn’t think I had what it takes to win, so I feel really validated and proud,” Castro said. “As people who have the privilege to go to school and study, we should give back to the community and benefit from the things we’ve learned.”

Edison International annually awards $1.2 million to seniors who are determined to change the world and pursue science, technology, engineering and math (STEM) fields at four-year universities. At the top of her class with a 4.5 GPA, Castro is choosing between UC Berkeley and CSU San Jose. She plans to study mechanical engineering, with a goal of inventing tools that help others.

“The school community is incredible here,” Castro said. “Everyone here looks at you and you know they care; teachers who I didn’t think noticed me were congratulating me for winning.”

The Edgewood Schools prepare students for success in college and career through International Baccalaureate (IB) programs, which provide a globally focused education pathway. All of Edgewood’s IB Diploma Programme candidates were accepted into four-year universities, and Edgewood graduates are thriving at universities like Harvard, Cornell, Stanford, NYU, UC Berkeley, UCLA and USC.

PHOTO
WCUSD_EDISON_CASTRO: Edgewood High School senior Carissa Castro is surprised with a $40,000 scholarship from Edison International during her physics class on March 20. 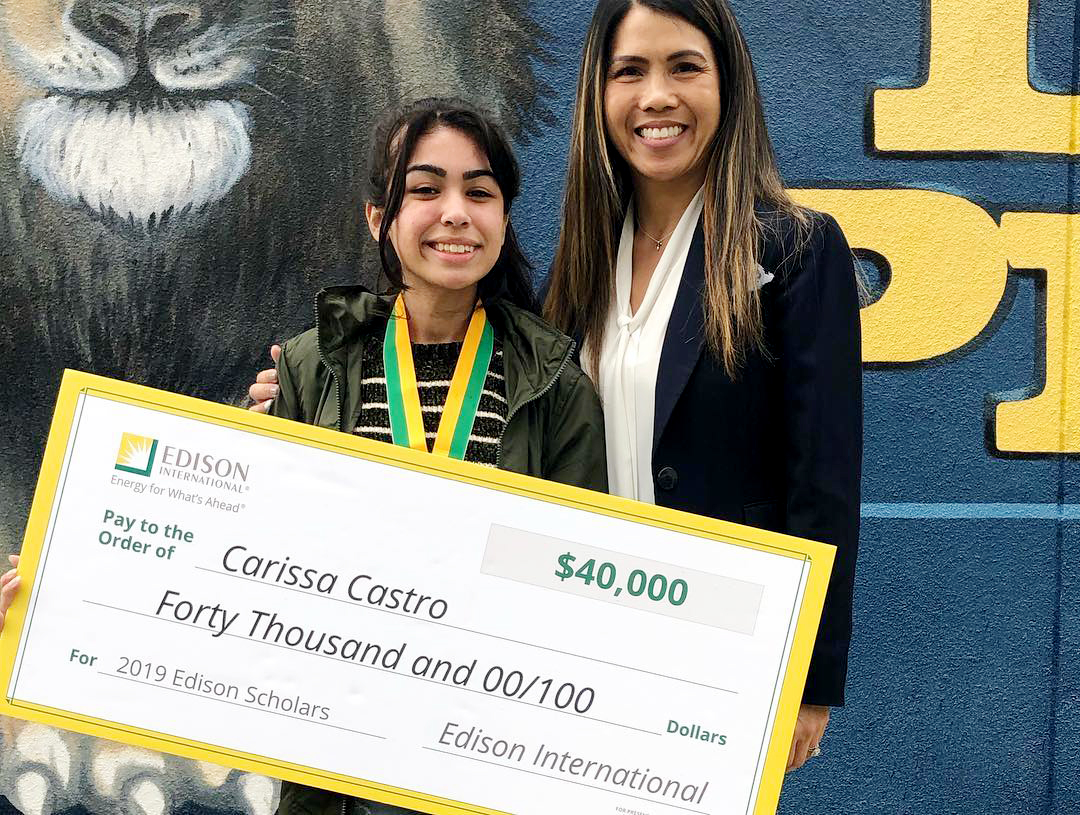