Corey School’s VAPA program was recently chosen for a Disney Musicals in Schools grant, a three-year program that provides the school with lessons from Disney coaches, performance rights and show kit materials to stage a musical theater production of “The Jungle Book.”

The school was also selected for the Frieda Belinfante Class Act Program, where students learn music appreciation directly from members of the Pacific Symphony. The program also provides a music lesson to each class in every grade level during the 2019-20 school year.

Fifth-grader Jewel Vila said she is thrilled to play Baloo the bear in her school’s musical theater production and to learn about symphonic music from professional musicians.

“Being part of the play and knowing that I’ll be able to learn from real musicians just makes me feel so grateful, because the chance to get to see and do all of these activities is so fun,” Vila said.

Corey School’s students will also have the privilege to attend Pacific Symphony performances, where they will explore the music and career of legendary composer John Williams.

“Our Disney Musicals in Schools grant and Class Act program participation give our students the chance to express their talent and interest in the arts,” Program Specialist Jay Beckelheimer said. “They get to sing, dance, stretch their creative thoughts, explore talents they never knew they had. This can open limitless horizons for kids.”

Corey School Principal LaRonda Ortega said the chance to offer musical appreciation lessons and a musical theater production is a boon for getting students interested in the arts and encouraging their creativity.

“The addition of the Disney Musical and Class Act program are a natural fit for Corey School,” Ortega said. “Students always see a career as a singer, actor, musician or dancer as a dream job and these programs give them the chance to work with industry professionals to see what kind of careers in the arts are available to them.”

Corey School’s Class Act lessons will start in January. Its production of “The Jungle Book” will debut the last week of February.

“We are extremely proud to offer such an impactful visual and performing arts program at Corey school,” Superintendent Dr. Ramon Miramontes said. “We at Buena Park School District know that Corey’s program offerings will inspire creativity that will boost overall student excellence.”

112619_BUENAPARK_VAPA1: Corey School students practice their dance moves in preparation for their school’s production of “The Jungle Book.” The musical theater production and a music appreciation segment has been added to boost the school’s Visual and Performing Arts program for the 2019-20 school year. 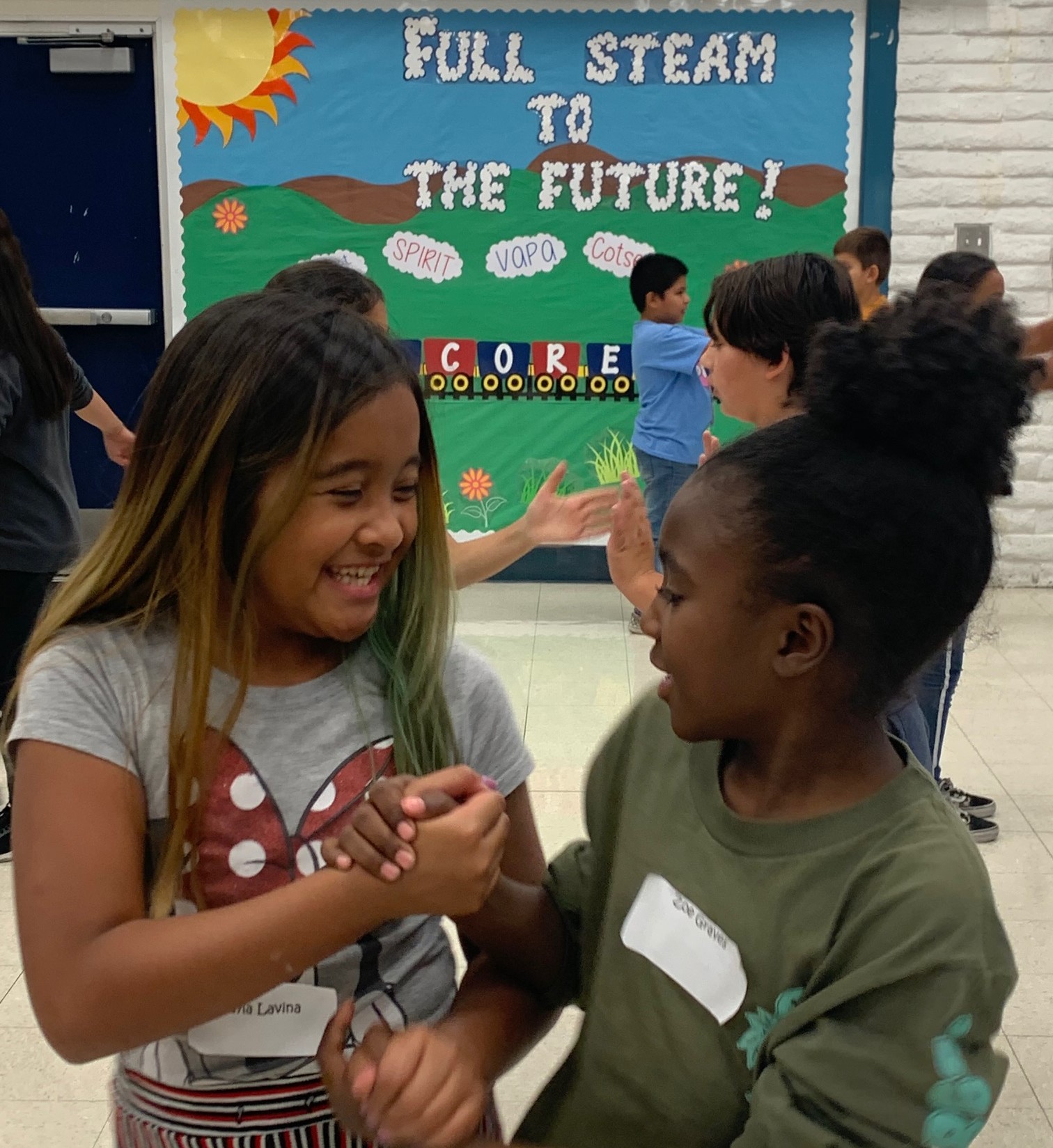