Lynwood – Lynwood High School alumnus Eddie Gonzalez made a virtual return to LHS on April 15 to share with students how his own Lynwood story inspired the Netflix one “On My Block,” a popular coming of age television series.

Gonzalez was the keynote speaker for Lynwood High’s Career Day and the writer/producer inspired the group of more than 300 students with a message that encouraged them to always “tell your story.”

“Your stories matter whether you’re telling them to a million people or just a few,” Gonzalez said. “The power of storytelling is being real. The inspiration for ‘On My Block’ is all of you – it’s Lynwood.”

Gonzalez shared that after growing up as an undersized teenager in Lynwood, he arrived at Loyola Marymount University and was intimidated because his unique background made him a fish out of water. He has since learned that embracing differences has connected him with people from all over the world.

“I receive messages from other countries about how the characters I create resonate with people,” Gonzalez said.

“On My Block” explores life in South Central for four teenagers – particularly its Afro-Latina female lead. Season 4 of the show is currently in production, and LHS students eagerly asked for spoilers. Instead, Gonzalez provided a separate surprise when he shared a video message for the high school from a few of the show’s cast members.

“We know that arts education is crucial in developing creative thinkers, and Mr. Gonzalez is a shining example of where imagination can lead,” LUSD Superintendent Gudiel R. Crosthwaite said. “For our students to see someone who comes from their community reach success and reflect their story on the big screen is a powerful motivator.”

Gonzalez explained his daily responsibilities as both a writer and a producer and took questions from students about how to deal with criticism, and how long it took him to find big success (17 years). Gonzalez’s writing credits also include the hit show “Empire” and the film “All Eyez on Me.”
Lynwood Unified has recently welcomed other successful professionals to inspire students, including award-winning actor and rapper Daveed Diggs of “Hamilton”, and author and entrepreneur Chris Gardner, who inspired the film “The Pursuit of Happyness.”

“We are so thankful to Mr. Gonzalez, as well as our other recent guests who have taken the time to share their success with our children and inspire the next generation,” LUSD Board President Maria G. Lopez said.

041621_LUSD_ONMYBLOCK1: Lynwood High School alumnus Eddie Gonzalez, creator of the Netflix show “On My Block”, made a virtual visit to LHS students to inspire success during the school’s Career Day on April 15. 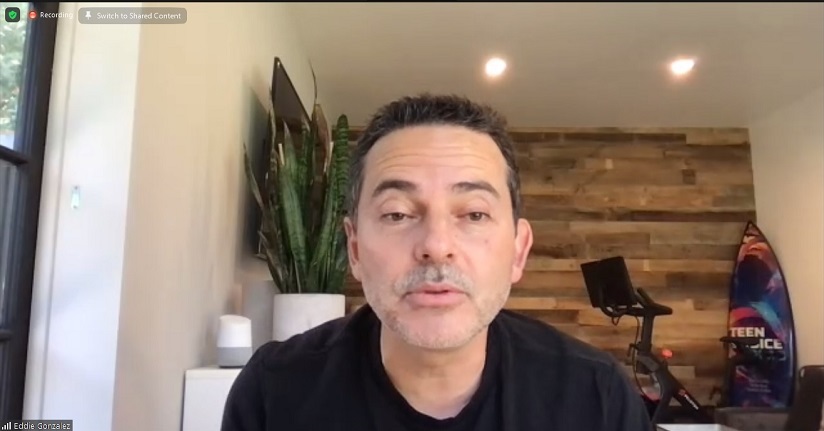 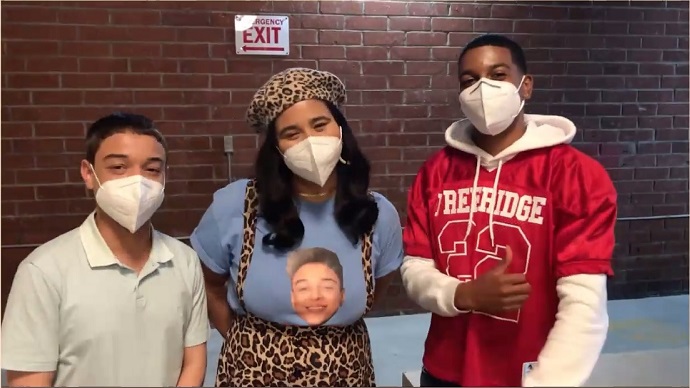