BUENA PARK, CA – Energetic pop music and the cheers of teachers filled the air at Corey School on May 25, as the school community honored 79 fifth-graders in dazzlingly decorated cars during a drive-thru promotion ceremony.

The afternoon ceremony marked the end of the 2020-21 school year and provided students the opportunity to celebrate with friends and family while thanking teachers for their support.

“I’m so pleased to congratulate my students – they’ve worked so hard, they’ve grown so much and they’ve learned so many new skills,” Principal LaRonda Ortega said. “Our students have exceeded in every possible way with academic excellence.”

Promoting fifth-grader Audrey P. has spent her entire academic journey at Corey School, attending kindergarten through fifth grade. She said she is ready for the future and to continue being a scholar and artist.

“I am really nervous and excited,” Audrey P. said. “I would love to go to Buena Park Middle School so that I can continue with speech and debate and performing arts.”

During the last two school years, Audrey P. was cast as Shanti in the school’s production of “The Jungle Book” and won first place in her grade’s speech competition. She said her inspiration is her aunt, who is a funny, caring person that loves animals.

“We’re very proud of Audrey for being one of the top students of her class because she’s had a lot to overcome.” said Melissa P., mother of Audrey P. “This year, with classes being on Zoom and learning mostly on iPad – it’s a big change. When it was time to go back, she begged us to go back to see everyone and participate in person.”

Corey School’s promoting students were also given yard signs to showcase their promotion to their neighborhood.

“Promotion is a time to celebrate the end of one journey and the start of another, and we are so proud that the journey of each of these students brought them to Buena Park School District,” Superintendent Dr. Ramon Miramontes said. “We look forward to seeing their continued progress and achievements with great interest.”

BUENAPARK_COREYGRAD1: Corey School alum and Presidential Academic Award winner Audrey P. celebrates her promotion to the sixth grade against the backdrop of her family’s decorated truck. Audrey P. and 78 other Corey School fifth-graders celebrated with a drive-thru promotion on May 25. 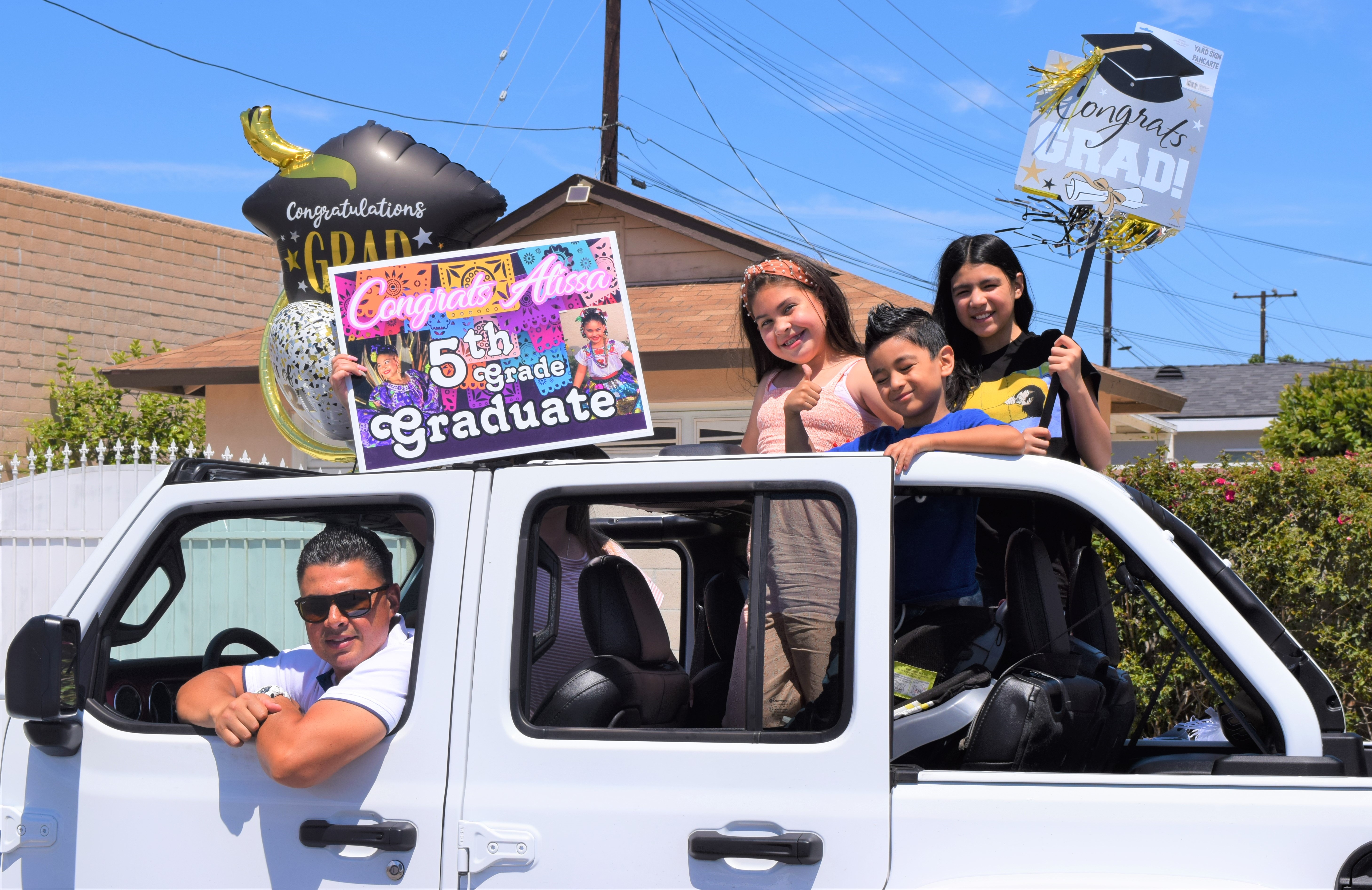 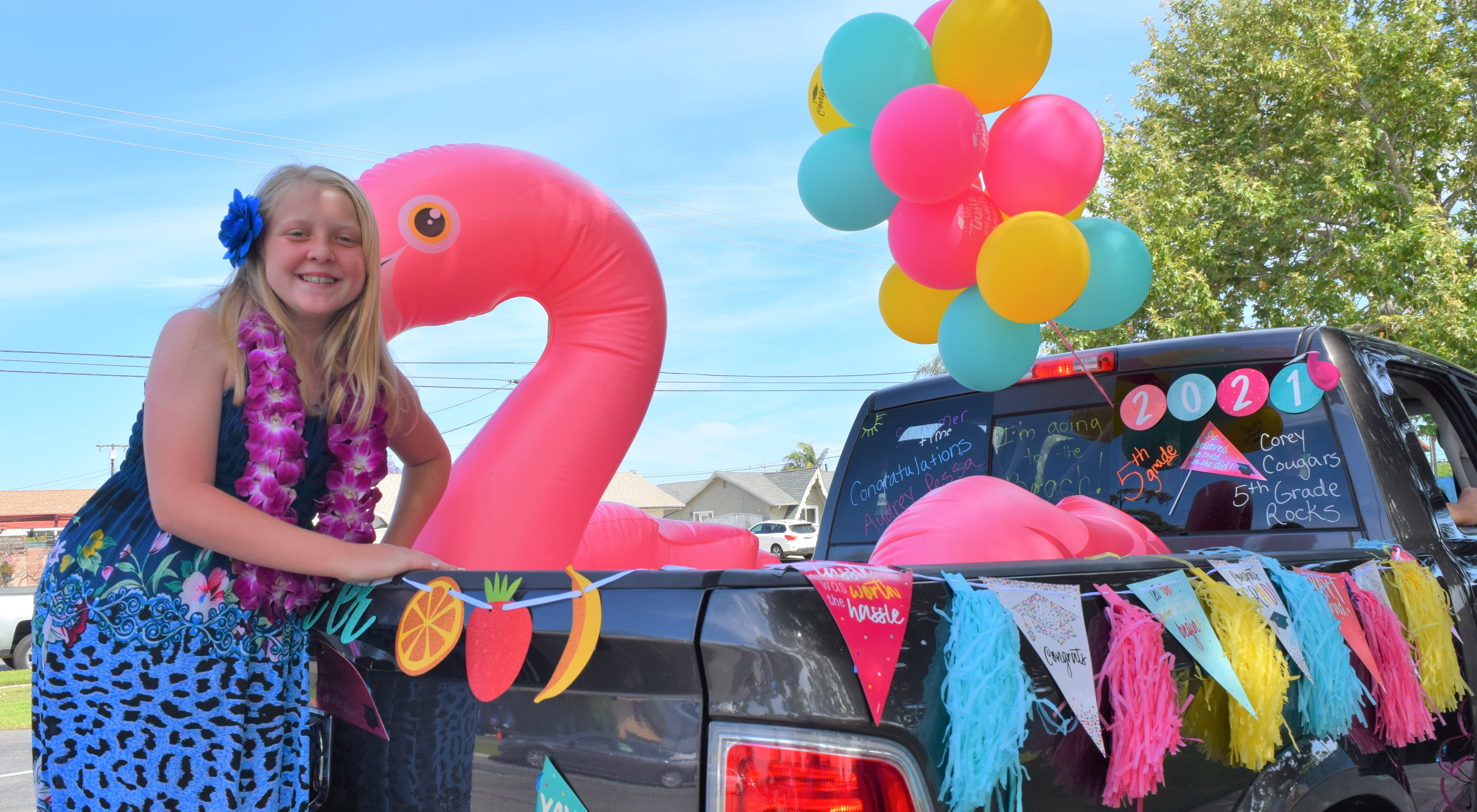