SAN GABRIEL, CA – Coolidge Elementary fourth-grader Shannon Yan stepped up to the microphone, took a deep breath and spelled her way to victory during Coolidge’s annual spelling bee on Feb. 1 with two words: “ornament” and “uninhabited.”

Coolidge hosts the District’s only spelling bee and invites fourth- and fifth-graders to participate. This year, 11 Coolidge students accepted the challenge and competed for nine rounds before Yan took home the engraved bobble-head bee trophy.

“It was exciting to win the spelling bee! I know my mom was proud of me,” Yan said. “I haven’t thought about the next step yet, but I am looking forward to competing and doing my best.”

Coolidge’s Parent Teacher Association will sponsor Yan, who will represent the District in the Los Angeles County Elementary Spelling Bee at 4 p.m. Wednesday, March 13 at the Almansor Court Event Center in Alhambra. 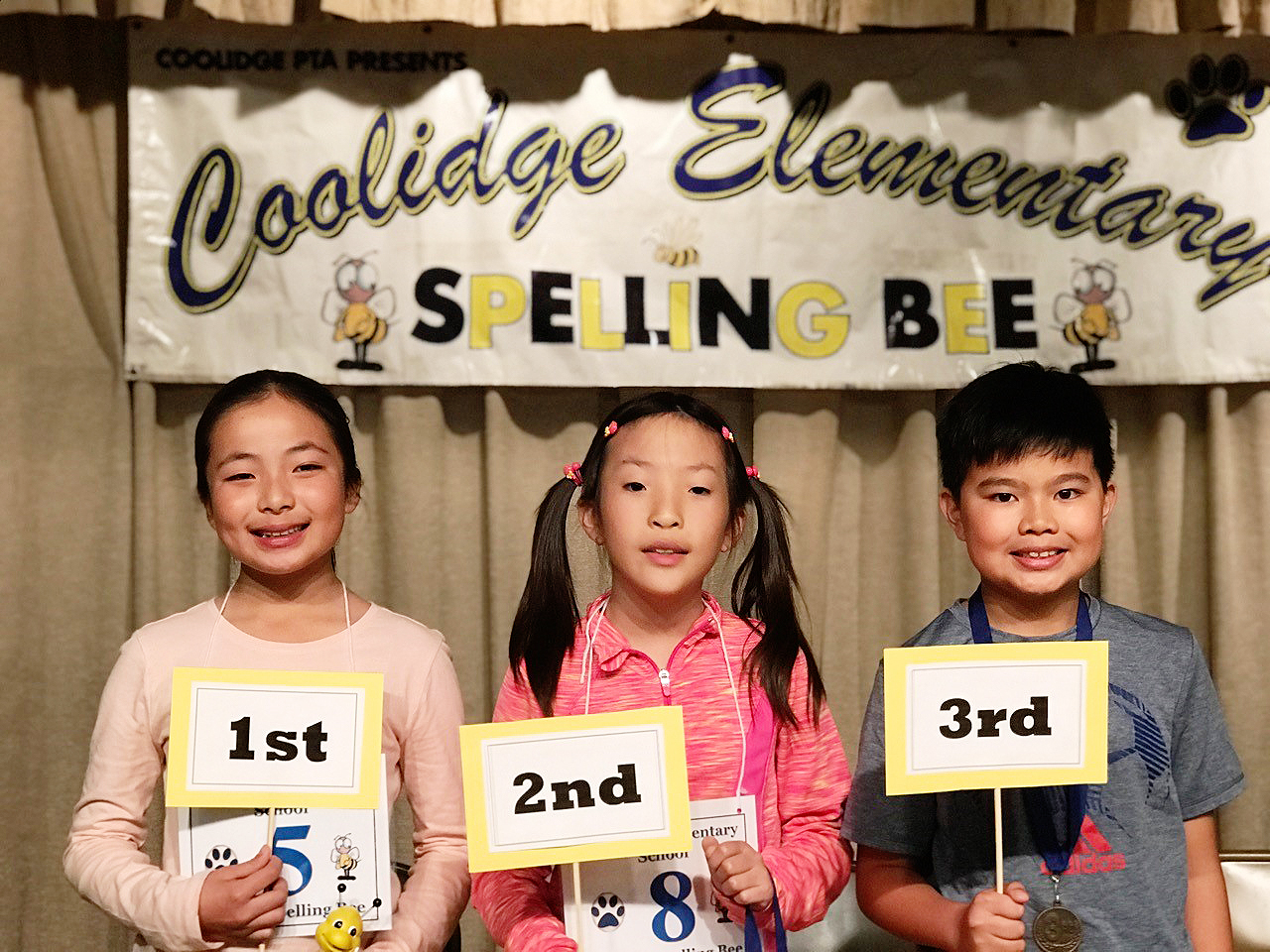