Paramount, CA – Four Paramount High School students are being honored by the community for assisting injured students during a car accident in March.

Fernando Melgar, Gabriel Orozco, Juan Garza and Anthony Farias leaped into action on March 19 when they saw four fellow students hit by a pickup truck just off campus. The seniors-to-be ran toward the scene and lifted a fence that had fallen on top of one of the injured.

“It was a pretty chaotic scene but we knew we had to help our fellow students,” Farias said. “We stayed with them until an ambulance arrived. We know that other students at PHS would have done the same for us.”
The injured students were treated and released at a local hospital.

Since that day, the four heroes have received an outpouring of recognition from the Paramount community. Mayor Diane Martinez commended them with certificates of recognition during a City Council meeting in June.

The Paramount Unified Board of Education also recognized the students during a board meeting, while Paramount High School honored the four at a schoolwide assembly that celebrated their actions.

“I don’t really feel like we’re heroes, but it’s been nice to receive support from everyone,” Melgar said. “It was definitely a day that I will never forget, and I’m happy that we were able to help the victims to safety.”

Melgar, Orozco, Garza and Farias have maintained a friendship since childhood, and said that a willingness to help someone in need is a part of Paramount’s tightknit culture. As the PHS slogan says: “Once a Pirate, always a Pirate.”

“I’m so proud of our students for coming to the aid of one another in a time of need,” Paramount Superintendent Ruth Pérez said. “An unfortunate accident became an example of selflessness that has inspired our entire community.”

Paramount Board of Education President Vivian Hansen has spent more than 30 years at PUSD and said that what happened on March 19 was one of her proudest moments.

“The actions taken by these four students reflect the community spirit we have in Paramount,” Hansen said. “We will continue to lift each other up in times of need.” 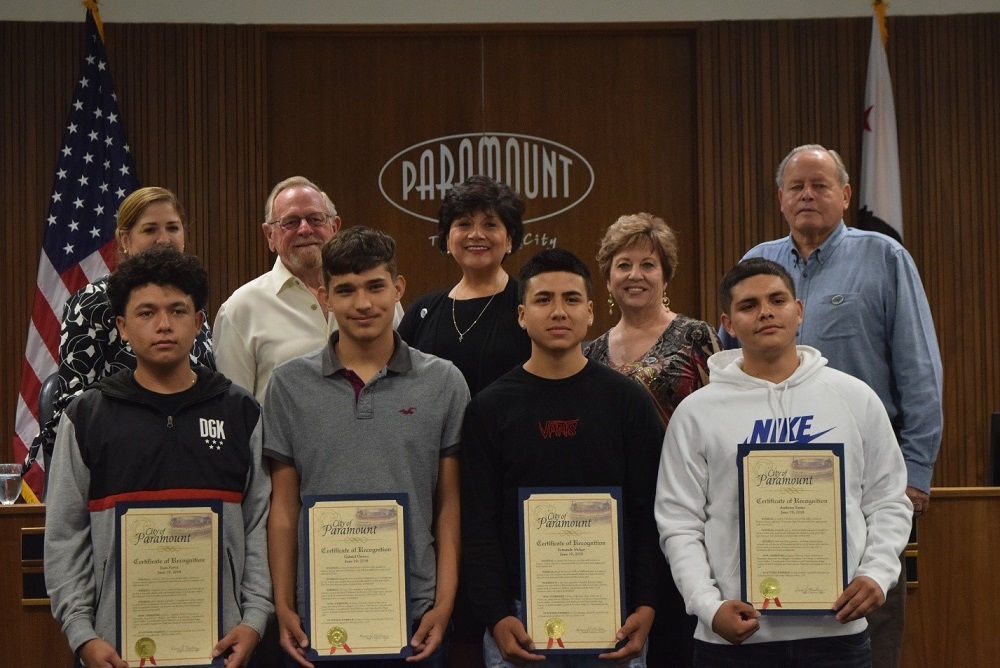