WHITTIER – California High School senior George Felton is known on campus for his big heart and positive attitude, a dedicated student who never backs away from a challenge. Felton, who has been in the California foster care system since he was 11 years old, has gone to great lengths to remain at Cal High, overcoming obstacles and emerging as a campus leader.

For his unwavering commitment to academics and athletics, Felton, who has a 3.45 GPA and has been a member of the Cal High football team for four years, was recognized with an Award of Merit from the Whittier Union Board of Trustees on Nov. 10.

“I truly love Cal High. The sports, teachers, staff, students, campus, basically everything,” Felton said. “I’d like to thank the Board for recognizing me, my teammates, my foster family and especially my guidance counselor, Stephanie Rose. I am proud to be a Condor.”

Felton was born in South Dakota, a member of the Cheyenne River Sioux tribe. He moved to California with his grandmother when he was 11 years old and was eventually placed into the foster system. Felton has a younger brother in foster care and a younger brother and sister who live in Arizona.

After attending multiple elementary schools and Graves Middle School for two years, Felton came to Cal High, joined the football team and quickly realized he had found a home. As a freshman, Felton was forced to make a tough decision on his future: remain at Cal High or follow his younger siblings to live with his aunt and uncle in Arizona. Felton chose to stay at Cal High.

“Many students are afraid to let people know that they are in the foster care system. George wears it with no regrets,” Cal High Principal Bill Schloss said. “George overcomes his challenges with grace and is a role model on campus, a perfect example of the wonderful students we have at Cal High. He inspires us with his positive attitude and willingness to help others.”

Felton has made staying on top of his grades a top priority and, in his senior year, has assumed the role of Academic Mentor to his classmates. Balancing academics with life within the foster care system has been challenging, but Felton has responded by embracing both worlds with enthusiasm and generosity.

“George attends all of our monthly lunch meetings for foster students,” Rose said. “He’s very attentive with our guest speakers and loves to celebrate his birthday with the group, as well as those of other foster students. Not only does he stay until the end to help clean up, he usually invites his teammates to come and share in the leftovers. He wants to make sure they all have a good lunch before practice.”

During junior year, Felton found himself without a place to live after his foster family moved out of state. Knowing of his determination to stay at Cal High, many staff members, both at Cal High and the District office, offered to serve as his new foster parents. Felton was eventually placed with a family in Hawthorne.

Felton wants to study criminology and become a police officer. He is considering attending Rio Hondo College, Cal State Fullerton and the University of La Verne.

“George is going to continue his success at the next level and then go on to create a productive and satisfying life for himself and his family,” Schloss said. “George knows how to overcome adversity while contributing positively to society.”

111920_WUHSD_AWARDOFMERIT: California High School senior George Felton, who has been in the California foster care system since he was 11 years old, was recognized with an Award of Merit from the Whittier Union Board of Trustees for overcoming obstacles and emerging as a campus leader. 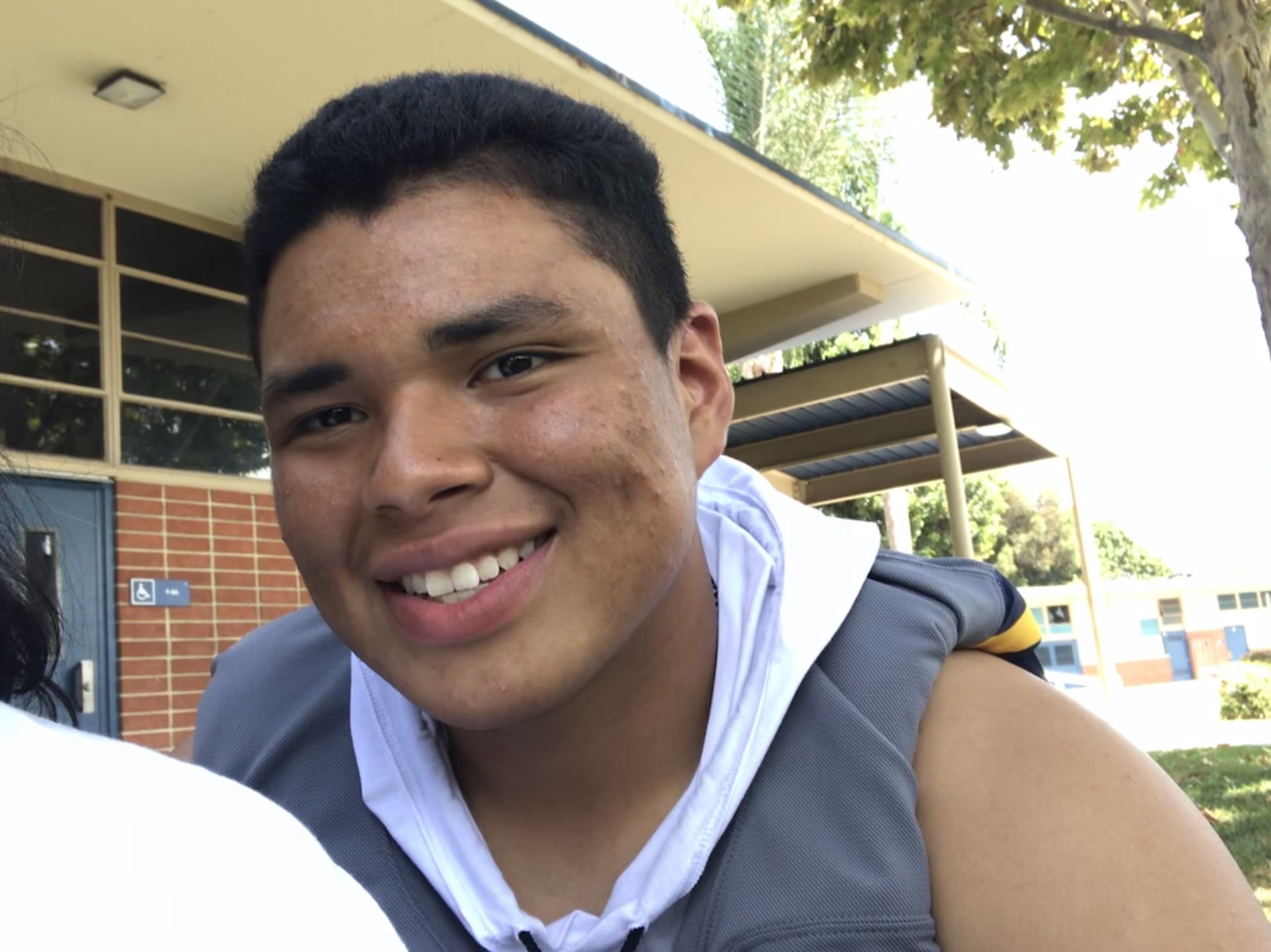