WHITTIER – The California High School Chamber Choir celebrated its harmonic excellence with a performance at the prestigious California Music Educators Association (CMEA) 2018 All-State Choral Festival in March, part of a busy spring schedule that included an annual community goodwill tour of local nonprofits and an upcoming performance at the Walt Disney Concert Hall.

“The Chamber Choir is an elite vocal group that consistently receives Superior ratings at regional and state music festivals, enabling our students to perform at the most esteemed venues in California,” Cal High Chamber Choir director Dan Hawkins said.

Cal High was one of six high schools in the state to be selected to participate in the 2018 All-State Choral Festival, a select event that took two years to prepare for. The 31-student Chamber Choir performed three songs from European composers, including a musical adaptation of a Romanian folk dance. The performance earned the group a Superior rating from judges, the highest rating level.

“Performing at the CMEA All-State is the equivalent of placing in a state championship in our field, and a great honor,” Hawkins said. “I could not be prouder of our students.”

In April, the Chamber Choir will prepare for its end-of-school-year showcases – the annual Cal High Pop Show at Rio Hondo College on May 12 and a return performance in the Los Angeles Master Chorale High School Choir festival at the Walt Disney Concert Hall on May 18, where the choir will join nearly 1,000 students from 30 area high schools.

“Chamber choir members gain full exposure to music styles from a wide range of eras,” Hawkins said. “For the All-State performance, they sang in multiple languages. For the upcoming pop show, we are doing a full night of music from Disney movies.”

The prominent exposure and rigorous instruction has paid off for Cal High senior Isabelle Rosales, who has been accepted into the vocal performance music program at Fort Lewis College in Durango, Colorado. Rosales, who plans to study music therapy, performed with the American Choral Directors Association (ACDA) Western Division High School Honor Choir on March 17.

“It’s a thrilling experience that everyone should have,” Rosales said. “I have been singing since I was very young, but the chamber choir has expanded my skills and given me the confidence to succeed.”

The Chamber Choir was introduced in 2003 and began hitting its stride in 2008, when it was first invited to perform with the Los Angeles Master Chorale. To prepare for the annual concert, the Master Chorale initiates a creative collaboration, with professional singers making campus visits to mentor choir members on vocal techniques and choir members taking field trips to Disney Hall to watch the chorale rehearse.

“I want to congratulate Dan Hawkins and the Cal High Chamber Choir for their continued excellence in the field of visual and performing arts,” Cal High Principal Bill Schloss said. “We encourage all Cal High Condors to find their passion and pursue it through the guidance of our world-class faculty, who work diligently to embolden our students to soar to new heights.”

041618_WUHSD_CALCHORAL1: The California High School Chamber Choir celebrated their harmonic excellence with a performance at the California Music Educators Association (CMEA) 2018 All-State Choral Festival in March. Cal High’s 31-member choir was one of six high schools in the state to be selected to participate at the festival. Their performance earned the group a Superior rating from judges, their highest rating level. 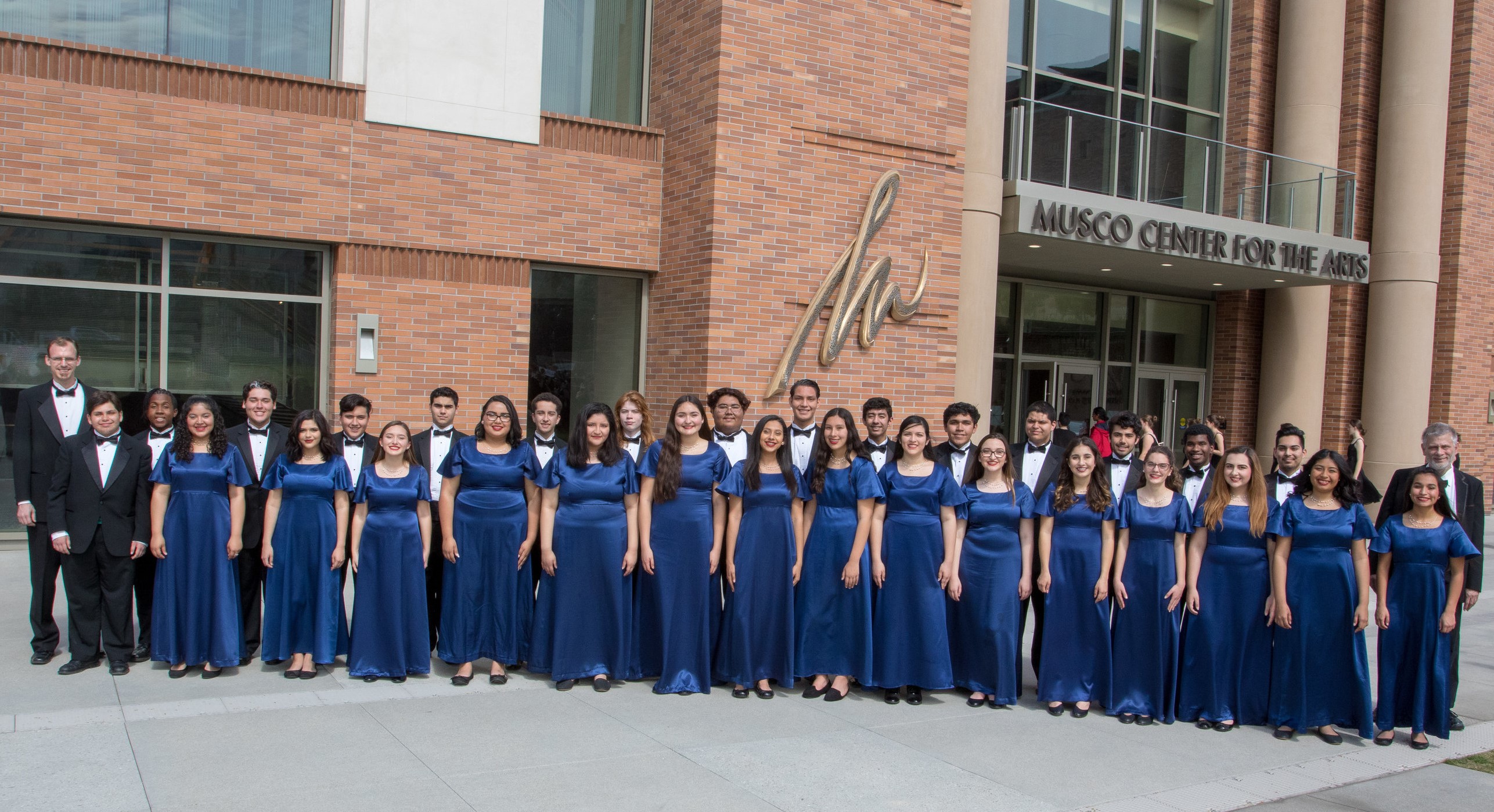 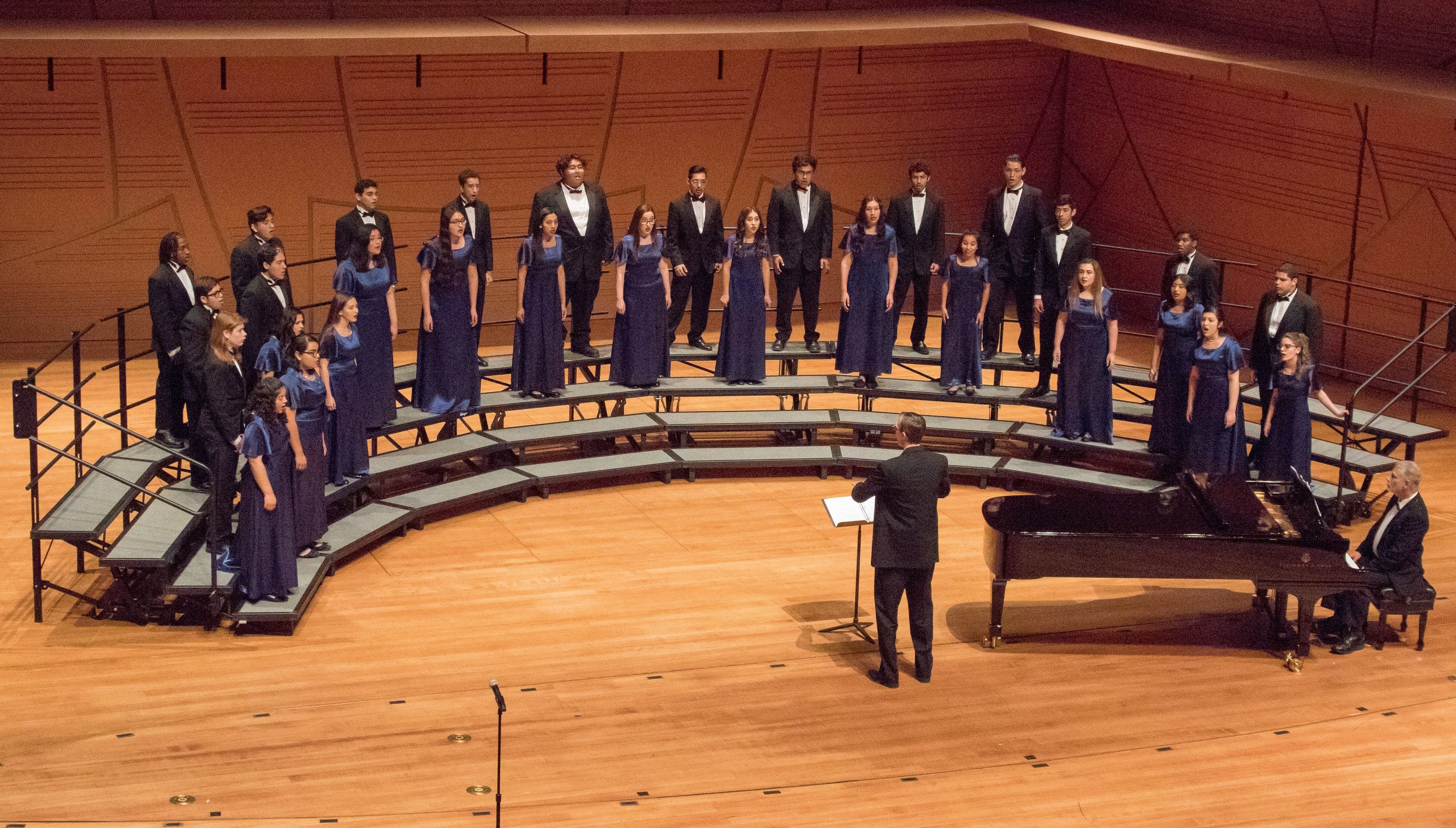