The “Blast from the Past” themed festival on Feb. 20 featured students dressed as rockers, hippies and disco dancers as they sang popular songs from the 1950s through the 2010s at Thanksgiving Church.

“The choir program has helped me come out of my shell and make new friends while also getting me interested in new music,” Emery School fifth-grader Isabella H. said.

Isabella H., who dressed in neon green and red finger-less gloves and other 80s fashion for the festival, said the choir program gave her the confidence to join and succeed in her school’s Speech and Debate program.

The festival is a culmination of nearly six months of preparation from each school’s fifth-, sixth- and seventh-grade choir members.

“The Choral Festival is magical,” Buena Park Junior High Program Specialist Debbie Clark said. “It is such an amazing sight to see our students perform and show how they’ve matured.”

Clark said the choir program and festival encourages students to be more creative and outgoing while also cultivating interest in different musical eras and boosting academics.

During the festival, the schools performed music by artists including Elvis Presley, Kool and the Gang, Jimmy Eat World and Imagine Dragons. The finale featured all students singing “Unwritten” by Natasha Bedingfield. 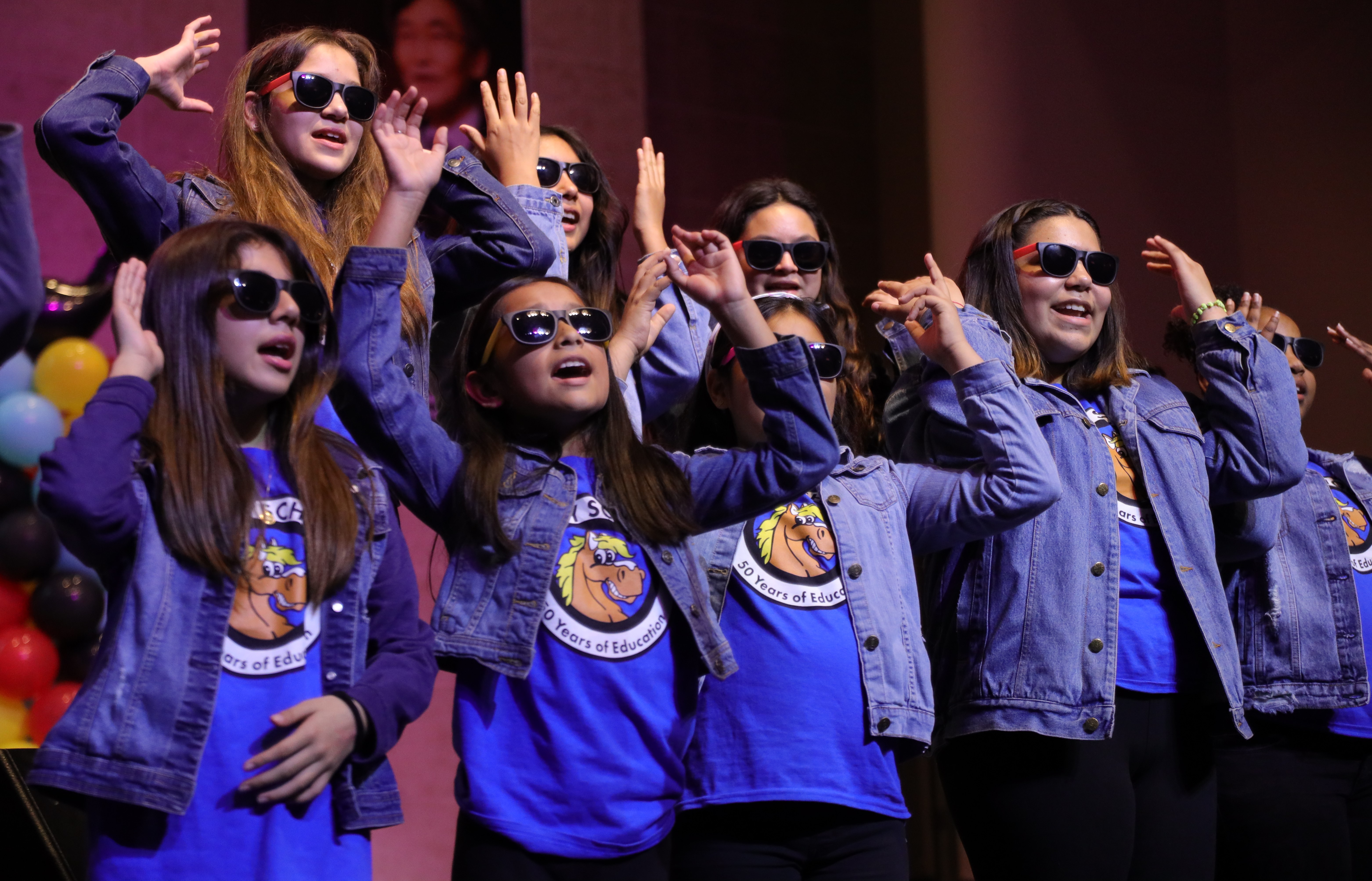 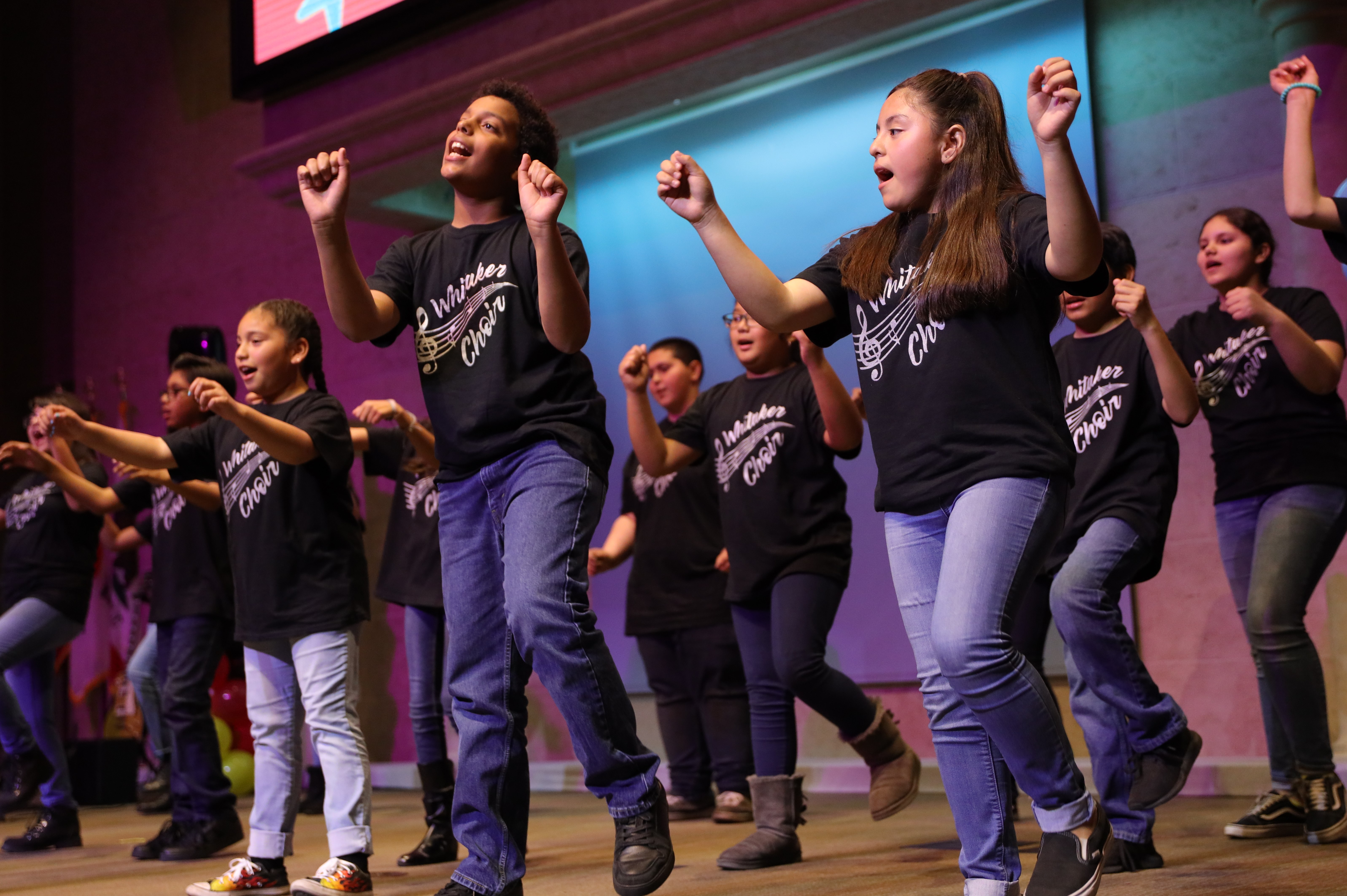