The Superintendent’s Cup brought together more than 160 third-, fourth- and fifth-grade students from each of the District’s five elementary schools for a multi-round soccer tournament, aimed at teaching athleticism, perseverance, teamwork and good player conduct.

“It feels great to be part of the winner team at our first Superintendent’s Cup – my team is so energetic and happy,” Emery School fourth-grader Charles O. said. “Sometimes we were down on points, but then we got back up and won because we never gave up. Today’s tournament showed that anything is possible if you try. We thought all the teams were better than us, but in the end we won.”

“The Superintendent’s Cup has been such a great experience for students, staff members and families – we know that the event has given our students the foundations of teamwork and cooperation,” Director of Educational Programs Seri Hwang said. “I also think they also just had a great time being outdoors during a friendly competition between our schools.”

In addition to an afternoon of soccer matches, guests had the chance to visit educational booths that explored healthy eating and physical fitness, as well as enter drawings to win prizes like soccer balls.

“Everyone had such a phenomenal time at our first Superintendent’s Cup – it was such a pleasure to see all of our families come out to support our student athletes,” Superintendent Dr. Ramon Miramontes said. “Congratulations to our winning teams and to all of our players – you all played with such heart and made your schools proud.”

SOCCER2: Several Corey and Pendleton elementary school students showcase their fancy footwork during a match at the first-ever Superintendent’s Cup soccer tournament on Dec. 3. The day’s event featured 15 soccer matches and several tie-breaker penalty kick showdowns to determine Emery Elementary School as the winner of the third- and fourth-grade divisions and Gilbert Elementary School as the fifth-grade division winner. 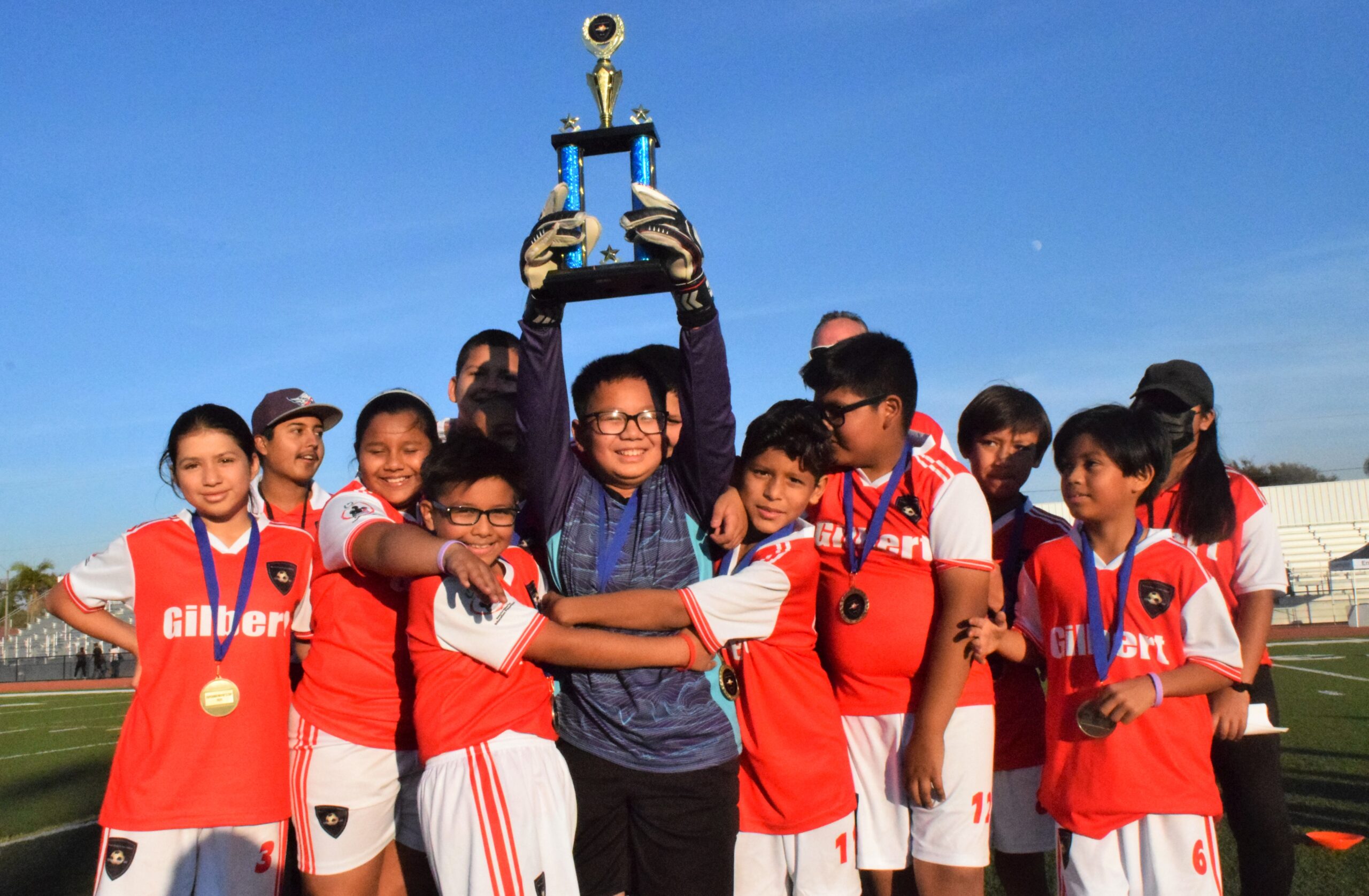 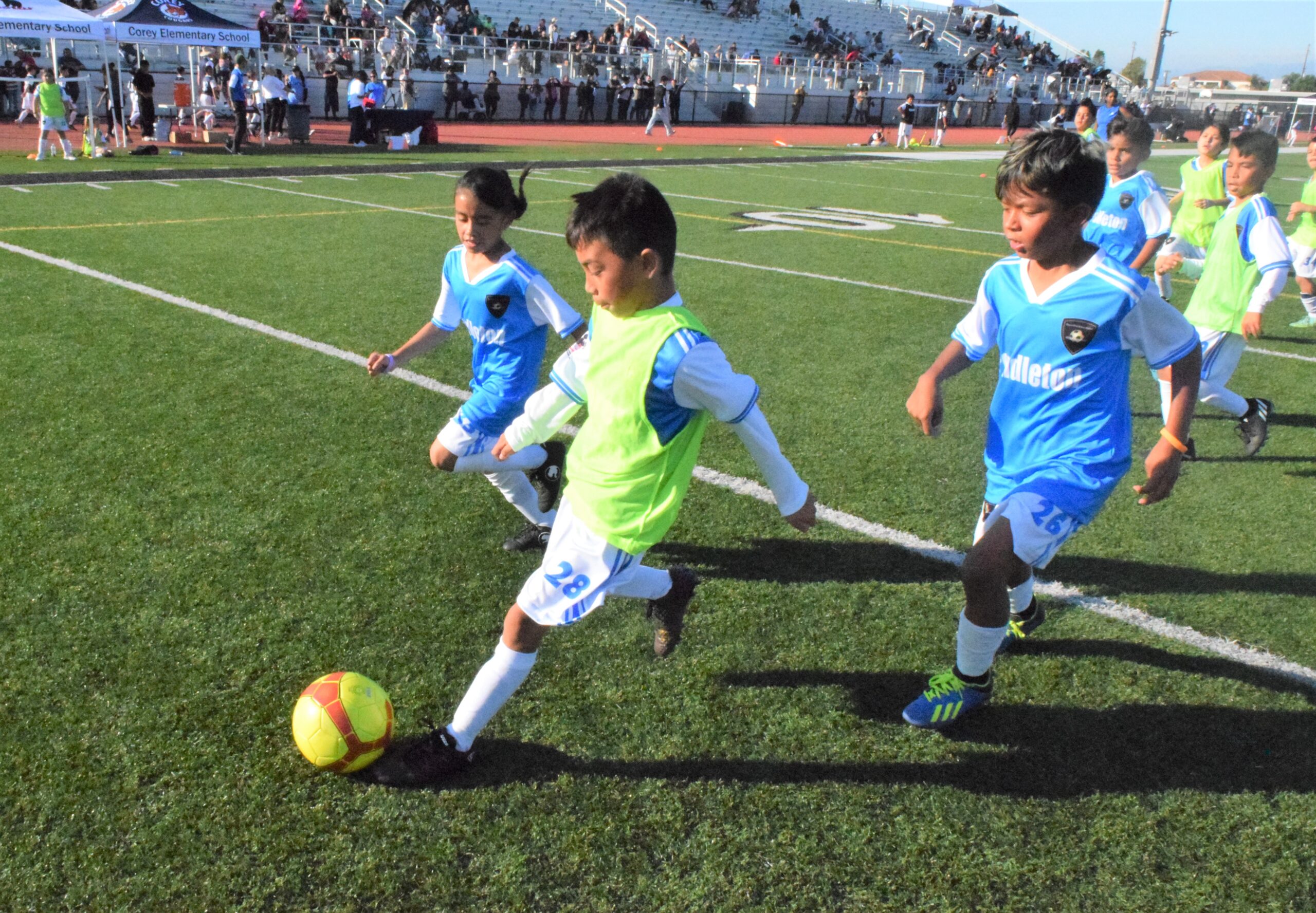