Meneses said he practiced in front of his mother, in front of the mirror and even while he was supposed to be focusing on other work.

Meneses’ efforts paid off in a big way, garnering him a first-place trophy for Storytelling, one of four top finishers who emerged from the three-school, 90-student field.

Whitaker fourth-grader Maryjane Moreno – a fourth-place winner in the Prose category – was nervous at first but credited the contest for opening her eyes to new forms of communication.

“My coach told me to be confident, be proud and have fun with it,” Moreno said. “I learned that I don’t have to be afraid of public speaking. This was fun. I’d like to do it again.”

Emery was awarded the Sweepstakes plaque for achieving the most overall team points.

“It’s amazing to see how the students have grown in a few short weeks,” Emery School fourth grade teacher Brianne Cavallaro said. “All the kids worked so hard and dedicated themselves to excellence. We are so proud.”

The next competition, administered by Buena Park School District partner Advantage Communications, is scheduled for Dec. 14.

“The speech competition is a great way for students to bolster their English language and public-speaking skills and develop a camaraderie with their classmates,” Superintendent Dr. Ramon Miramontes said. “Thank you to our amazing coaches for all of their hard work, to Advantage Communications for bringing this great program to our District and all of the students who made it a huge success.” 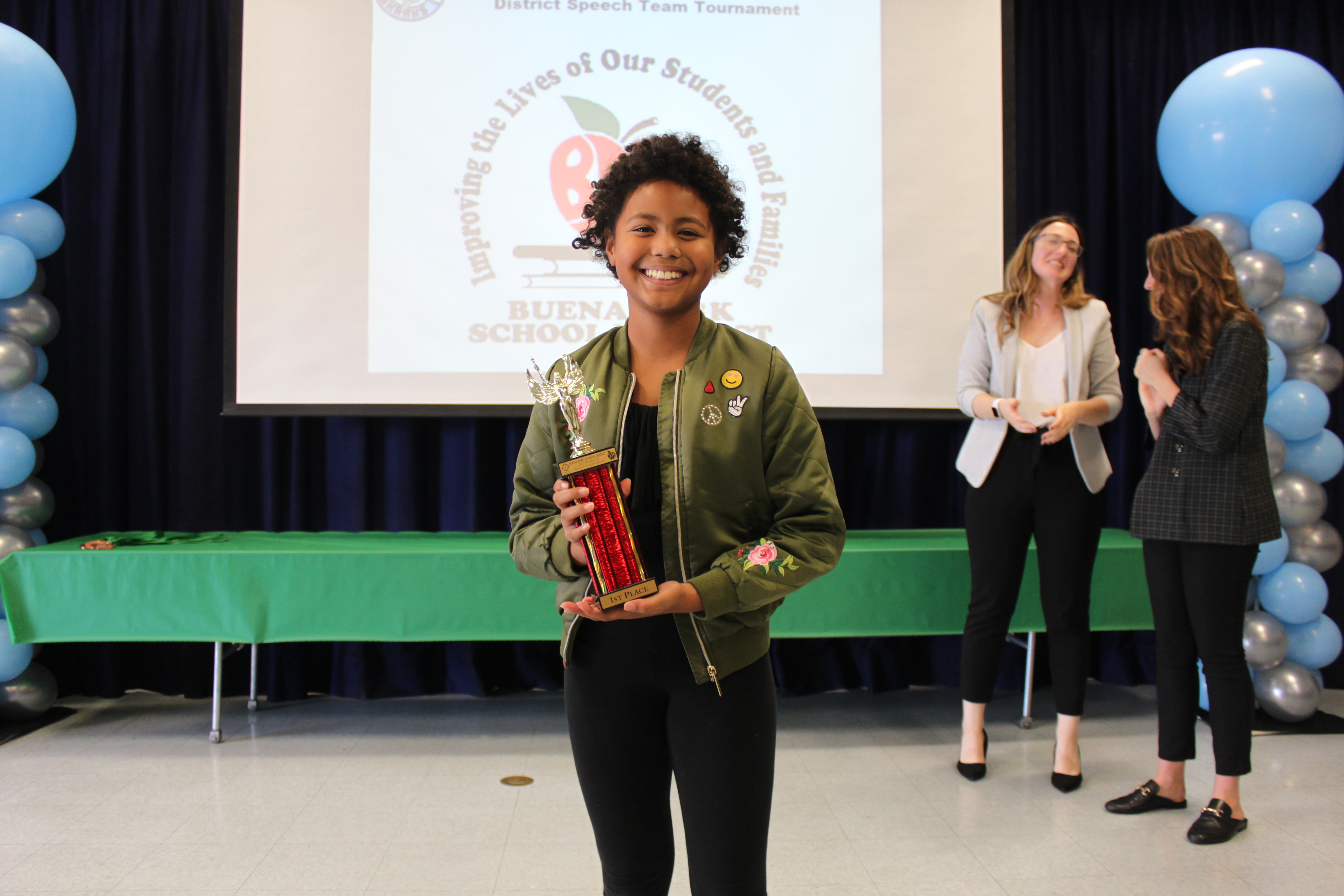 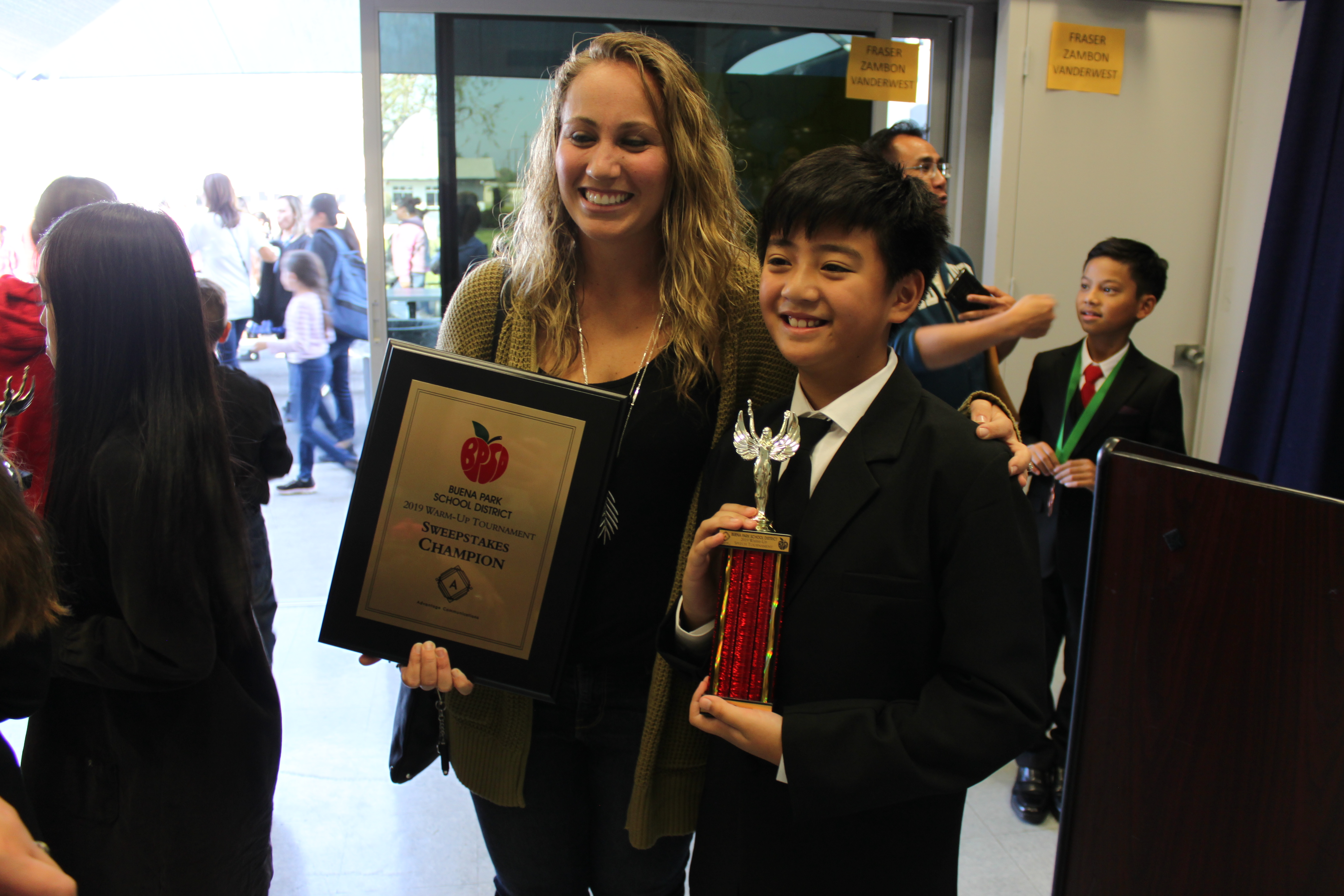