Buena Park Middle School Associated Student Body President Diana F., who was also named a Distinguished Scholar, Meritorious Scholar and speech contest winner, thanked her parents for their support and her older brothers for encouraging her to be her best self.

“Our journey getting here wasn’t easy – the past three years have been filled with trials and challenges for all of us,” Diana F. said. “But this year taught us that we’re stronger than we think.”

Gordon H. Beatty Middle School Distinguished student Daniel F. urged his peers to always look to family, friends and teachers for support. He also thanked his teachers for giving him the focus and determination that lead to his Distinguished Student award.

“My teachers here at Gordon H. Beatty Middle School are the best – I think they’re the best I’ve had in my entire academic life,” Daniel F. said. “They taught me to always persevere and never give up.”

Following each of the ceremonies, family members, friends and District administrators celebrated the middle school alums, showering them with praise, gifts and cheers.

“Congratulations to all of our promoting students for the Class of 2022 – the entire Buena Park School District is proud of your achievements,” Superintendent Dr. Ramon Miramontes said. “Today is not an ending, but a new beginning – and a beginning is the time for taking the most delicate care because it is the start of the road to success for all of you.”

2022GRAD2: Buena Park Middle School Distinguished Scholar Odin F., waves to his family and friends with some 240 of his peers during their promotion ceremony on June 1. 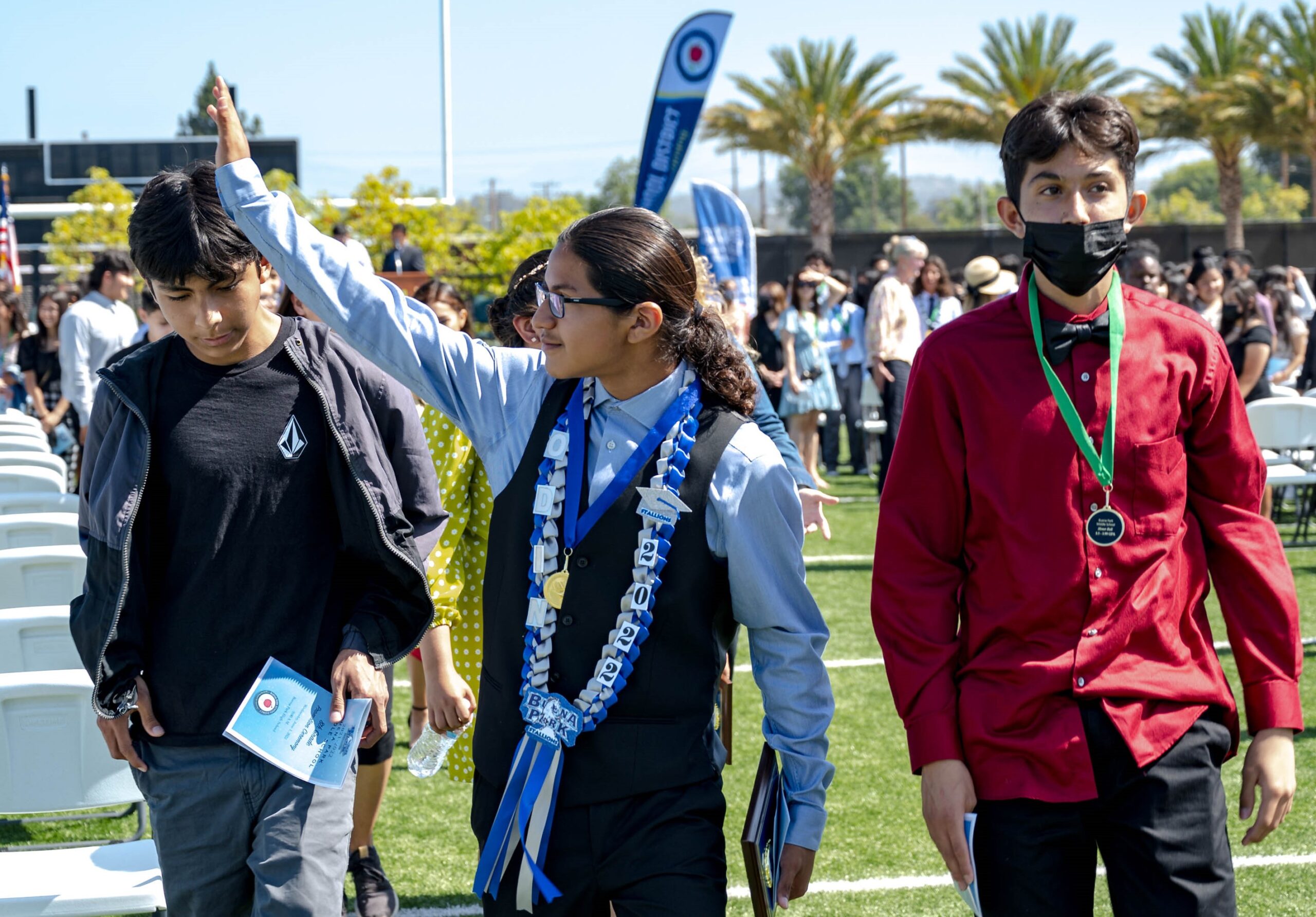 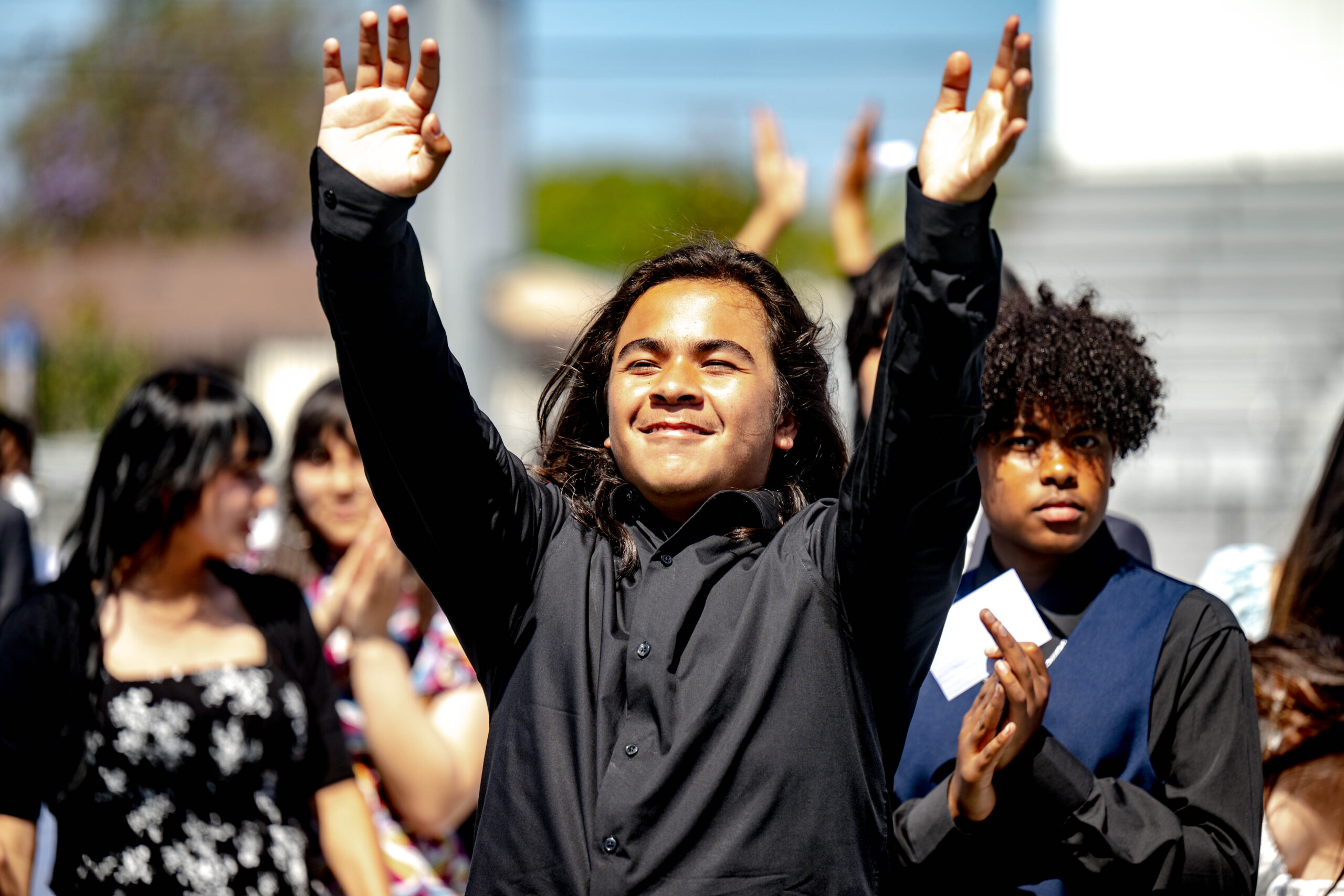 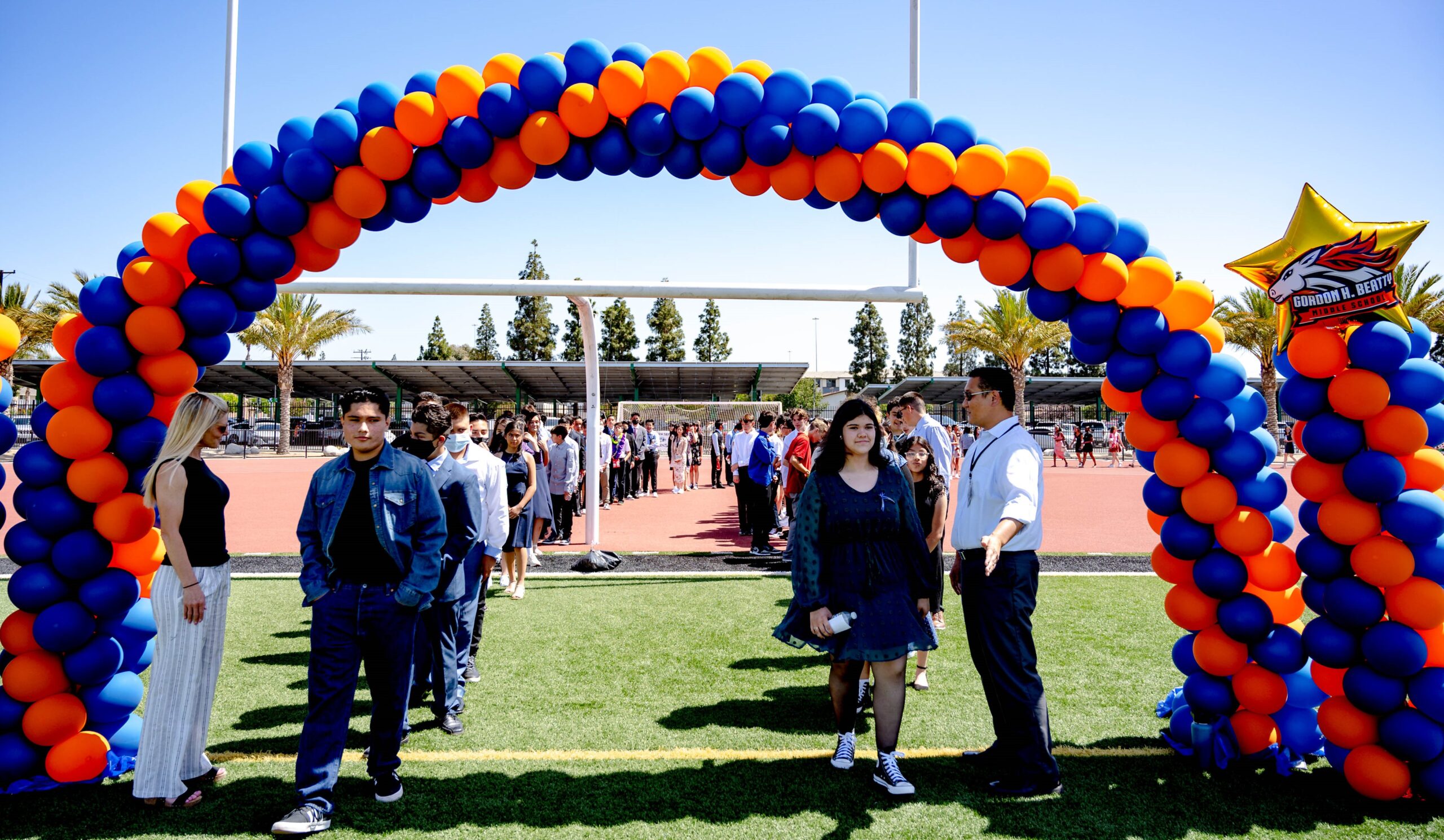