SAN DIMAS/LA VERNE – Bonita Unified welcomed one new and two returning Board of Education members during its Dec. 14 Board meeting, ushering in a new era on a night that also saw longtime Board member Chuck Coyne retire after serving 17 years on the Board.
Returning Board members Derek Bahmanou and Jim Elliot joined newly elected member Chris Ann Horsley to take the oath of office, which was administered by Interim Superintendent Matt Wien. Bahmanou and Elliot were elected to four-year terms, while Horsley was elected to serve a two-year term. Glenn Creiman, who was elected in 2003 and Greg Palatto, elected in 2020, complete the Board of Education.

“This is a very special night for the District, as we say goodbye to a friend but also welcome our new governing board,” Wien said. “Moving forward, we will continue to focus on student achievement and preparing our students for success in college and career.”

Horsley retired at the end of the 2021-22 school year after a 32-year career in education. The final 22 years of her career were spent at Bonita Unified, where she was Senior Director of Elementary Curriculum for five years. Upon retirement, Horsley was honored with the District’s Purpose Award. As Director of Curriculum, Horsley helped to create the District’s new transitional kindergarten program, which began in September.

Like Creiman and Palatto, Horsley will serve as an at-large member until 2024, when representatives for Trustee Areas 1, 4 and 5 will be elected, thereby completing the District’s transition to a by-trustee elections system.
Elliot was re-elected to serve Bonita Unified Trustee Area 3, after he was appointed to fill a vacancy on the Board in 2021. Elliot previously served 14 years on the Board, from 2003 to 2017. Elliot is CEO of California Correctional Care Services, a position he has held for 12 years.

Bahmanou was re-elected to his second consecutive term and will represent Trustee Area 2. A San Dimas resident, Bahmanou has two children who attend Bonita Unified schools. He is an eighth-grade science teacher at Sierra Vista Middle School in Baldwin Park.
After the swearing-in ceremony, the Board held their annual reorganization, with Creiman named president, Palatto named vice president and Horsley named clerk.
The Board recognized Coyne for his years of service with the District’s Purpose Award, which was presented to him by Matt Wien. Coyne received certificates of gratitude from Assemblymember Chris Holden and State Sen. Anthony Portantino. Coyne also received recognitions from the San Antonio Regional Occupational Program and the La Verne/San Dimas Educational Foundation. 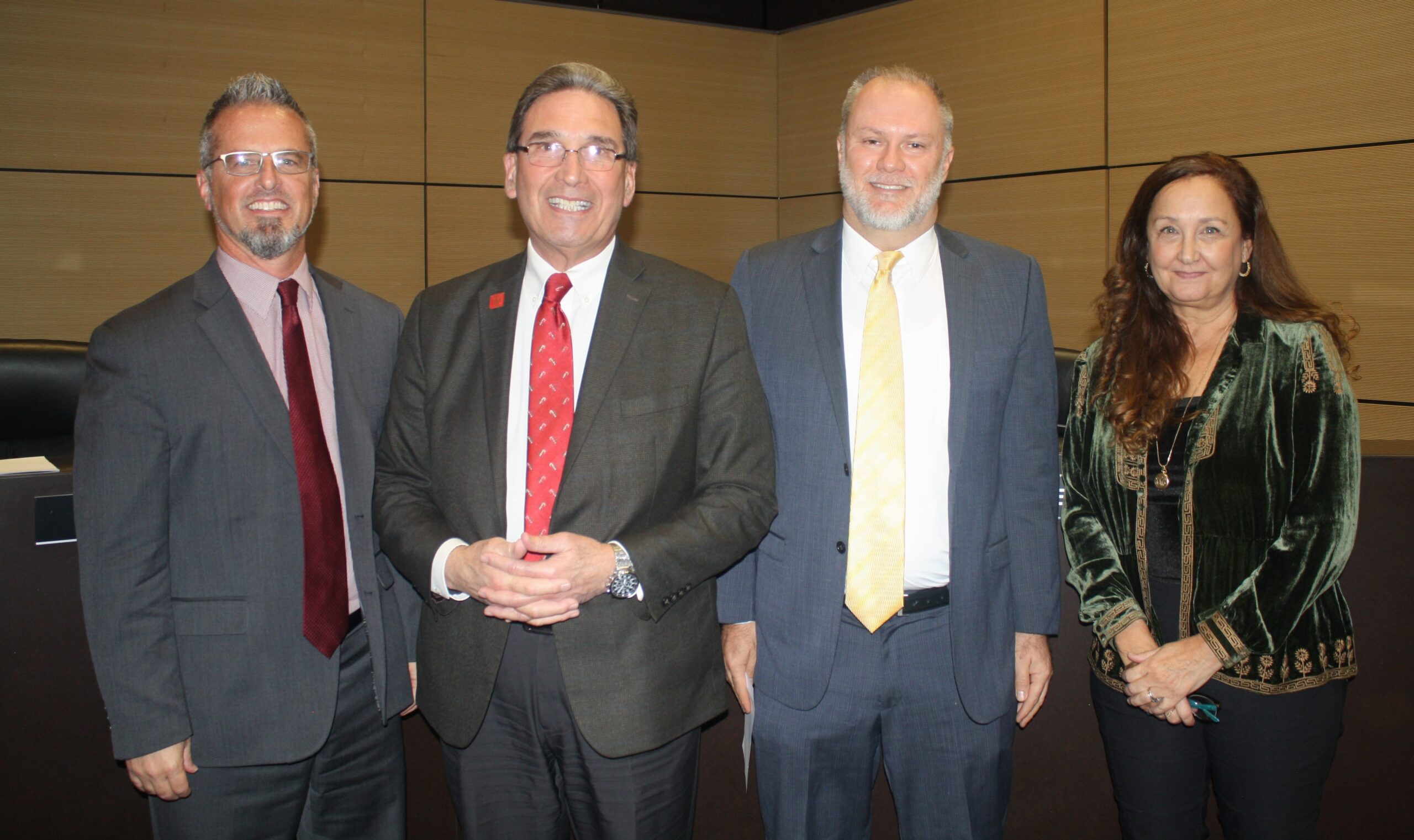 Bonita Unified Welcomes New and Returning Board of Education Members