SAN DIMAS/LA VERNE – San Dimas High School seniors put their leadership skills to the test during the City of San Dimas’ Students in Government Day, which provided a real-world look at the challenges and rewards of running a city.

Fifteen San Dimas High students had the opportunity to run a City Council meeting, meet city officials, tour city departments and serve in roles mirroring those of City Council members during the event, held on March 23.

“Students in Government Day has been immensely beneficial for our students, as many of them weren’t fully aware of how the inner workings of city government directly impact their daily lives,” San Dimas High School government teacher Dave Milbrandt said. “They also appreciated that the City Council and staff treated them with respect and valued their opinions. We are grateful to the City of San Dimas staff who work so hard to make this experience better every year for our students.”

The seniors also met with City of San Dimas officials – who briefed them on how to run a formal meeting and the roles of City staff members in City departments – to discuss a resolution regarding a fictitious new housing development. They then debated the pros and cons of the housing development and decided not to recommend the project, concluding that the impact on the community and the loss of the park space were too high a price to pay.

“Bonita Unified is thrilled that our Saints had the chance to learn what it takes to be decision-makers and leaders,” Bonita Unified Superintendent Carl Coles said. “This was a great opportunity for our students to apply what they have learned in the classroom in a real-life setting and discover ways they can make a difference in their communities.”

The San Dimas Students in Government Day is an annual event that aims to help students develop an understanding of local city government, promote participation in community affairs, recognize the impact of city government and empower them to become more informed and involved citizens and voters.

“Thank you to the City of San Dimas for presenting our students with the opportunity to learn more about their municipal government,” Board of Education President Derek Bahmanou said. “The skills our seniors have learned will greatly help them as they explore the opportunities that await them after graduation and motivate them to become the next generation of leaders.”

BUSD_GOVERNANCE: Fifteen San Dimas High School seniors participated in Students in Government Day on March 23 and received an in-depth look at how the City of San Dimas works to serve the community. 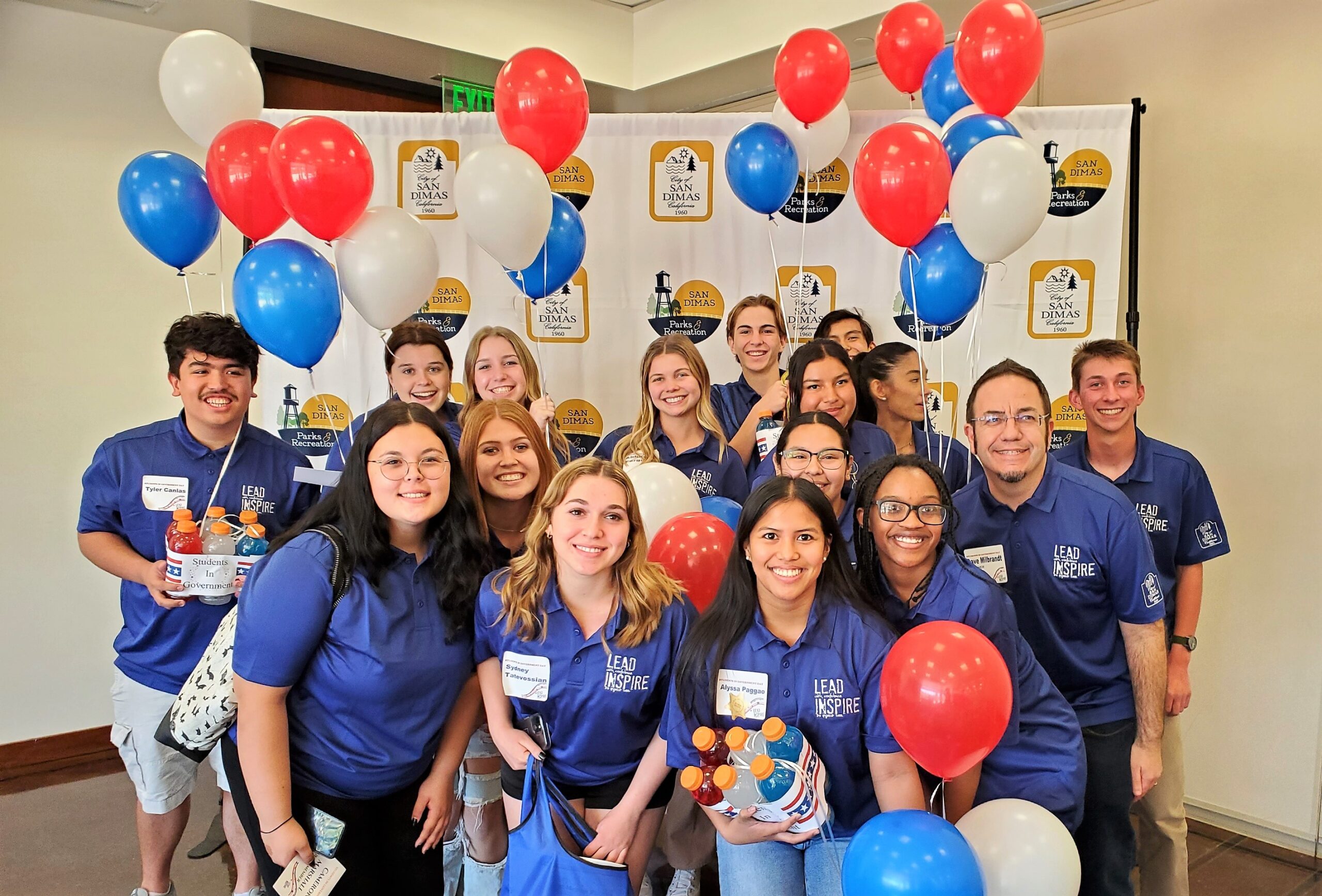