“In a lot of ways, Smudge Pot is the biggest event of the season. It’s unlike anything else, with all the people from both cities who come together to fight for the Smudge Pot,” Bonita High School student Ghassan Azizeh said. “The Smudge Pot is an iconic piece of our history that was used many years ago, and it’s cool how we’re still using it today.”
The battle for the iconic silver Smudge Pot trophy – an oil-burning tool used to shield fruit trees from frost and a symbol of the two cities’ roots in the regional citrus industry – was accompanied by demonstrations of artistic skill and athletic prowess on the sidelines.

San Dimas High School’s Royal Corps and Bonita High School’s Marching Bearcats showcased their musical skills as they energized the crowds with lively renditions of “Seven Nation Army” by The White Stripes, “September” by Earth, Wind & Fire, and “Take on Me” by a-ha.

As Bonita High School’s spirit squad fired up the crowd and cheered on the Bearcats football team on the home side, San Dimas High’s spirit line and dance teams took turns hyping up the audience with rhythmic performances on the visitor’s side.

“To me, Smudge Pot means family and coming together to compete,” San Dimas High School student Samantha Ghomeshi said. “We’re rivals, but we’re all here to show our spirit and celebrate our school pride.”

Bonita High’s marching band and color guard entertained the stadium with a haunting halftime show, followed by a joint performance from Bonita cheerleaders and the D Street dance team.

Amid the performances of athleticism and artistry, both schools dedicated time and space to recognize Patriot Day. Bonita High School invited local first responders and service members to the field, honoring them in a pre-game ceremony.

The evening concluded with a victory for the Bonita High School Bearcats, who retained the Smudge Pot for another year with a 28-14 win over the San Dimas High School Saints.
“Smudge Pot is more than just football and more than just one game to our community,” Bonita Unified Superintendent Carl Coles said. “It’s an opportunity for everyone to come together, celebrate the pride we have for both of our high schools, and highlight our students’ talents in athletics, arts and activities. Congratulations to both of our schools on their hard work and success.”

BUSD_SMUDGEPOT2: Members of the San Dimas High School dance team perform on the sidelines during the Smudge Pot game against Bonita High School on Sept. 11. 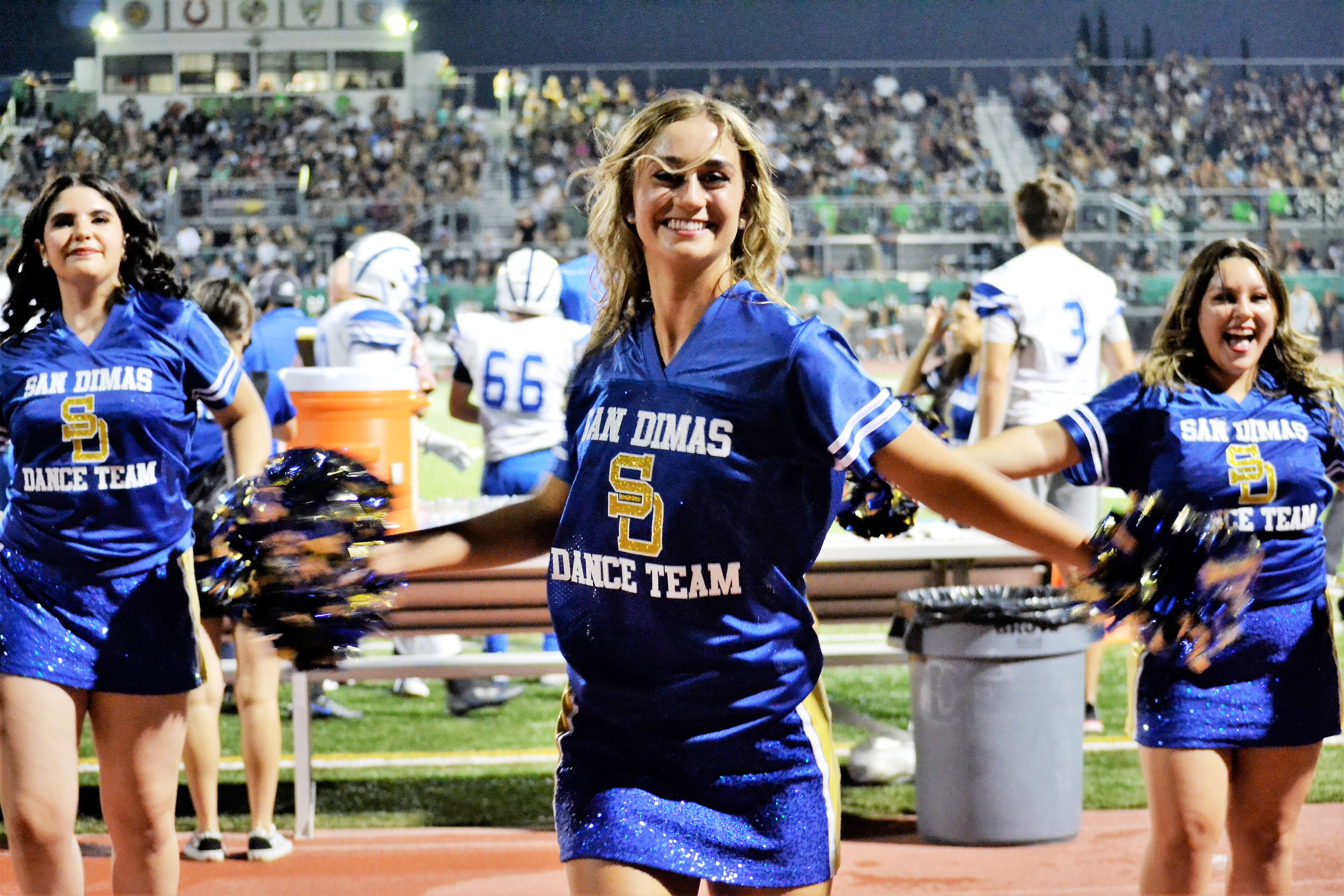 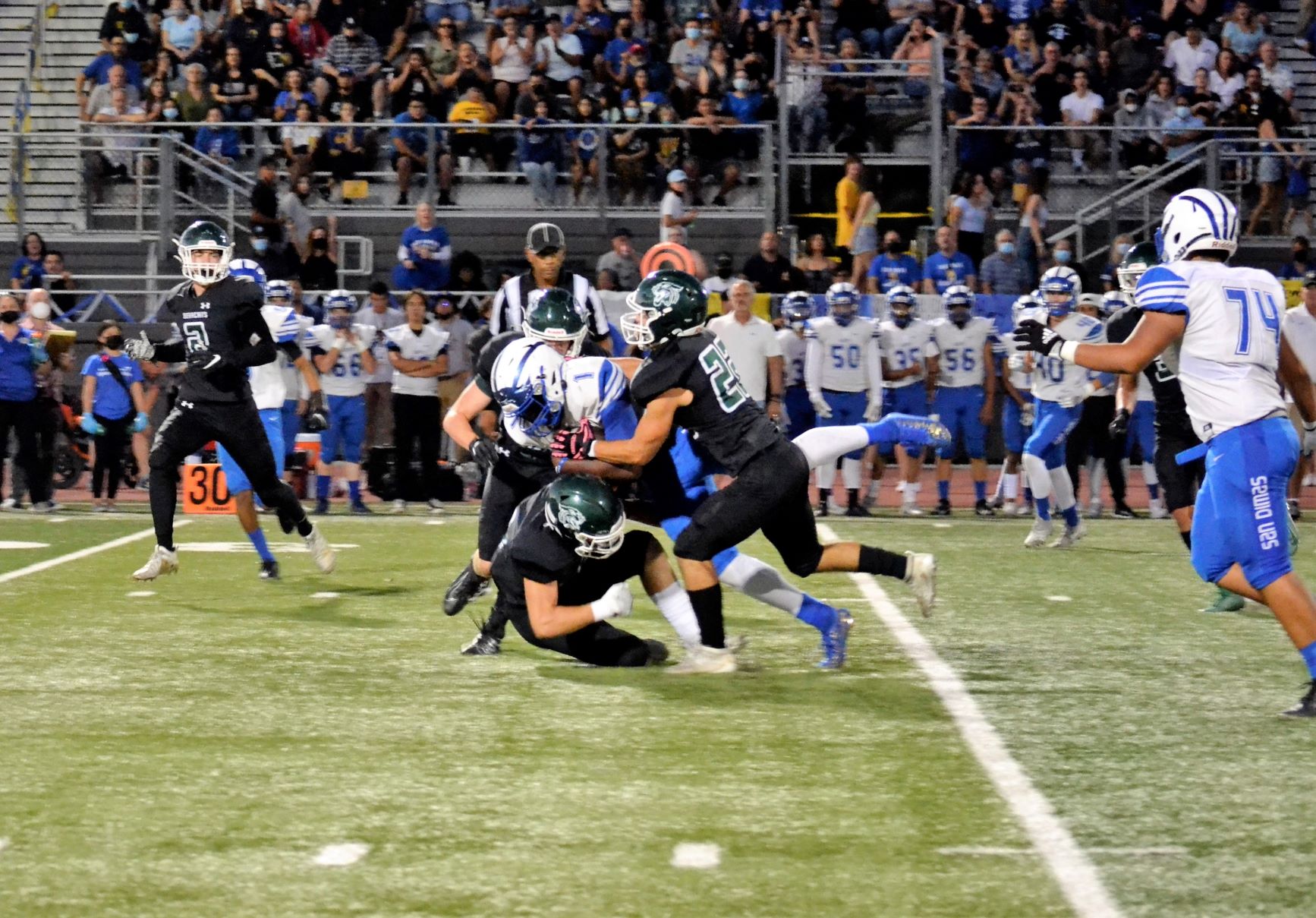 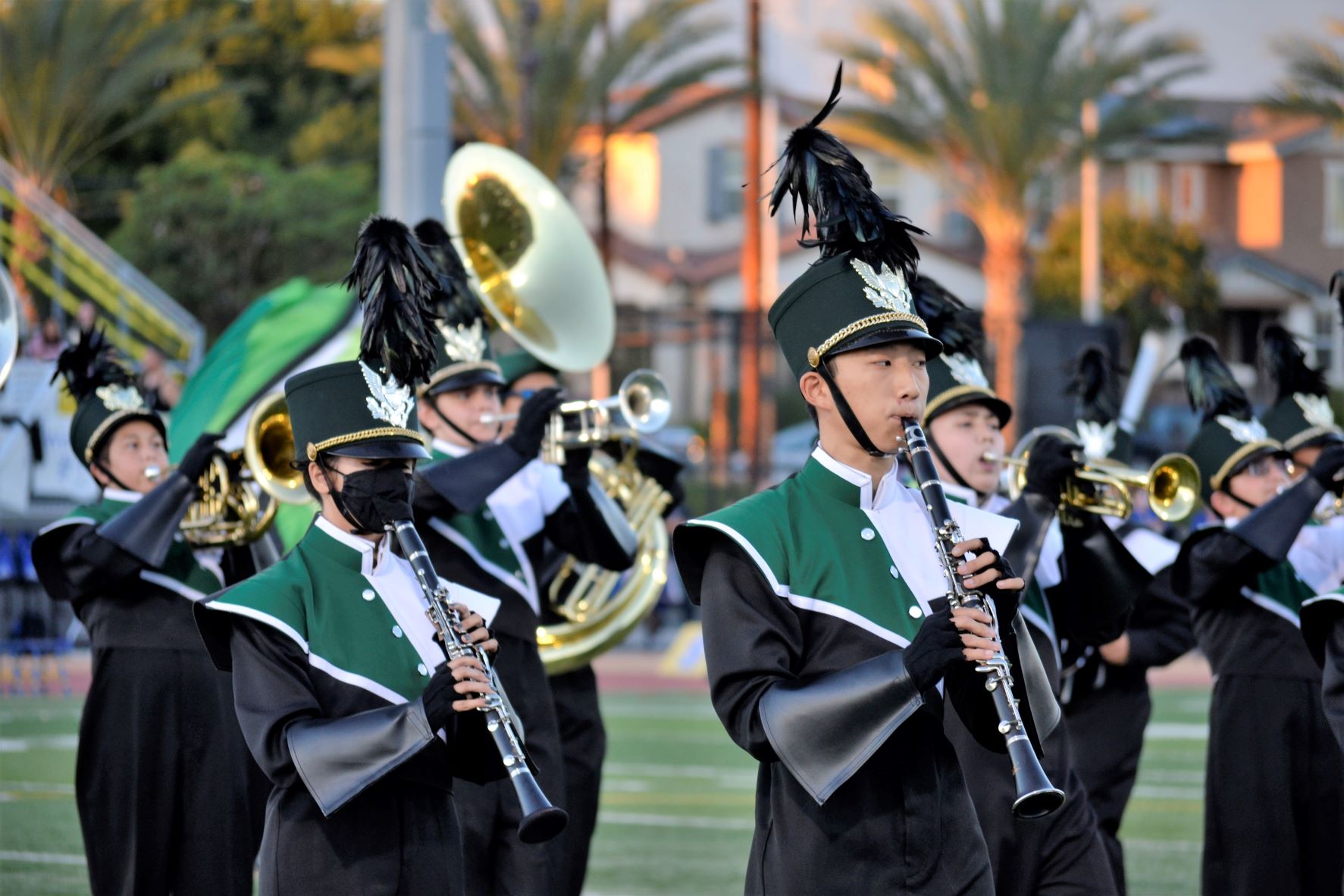 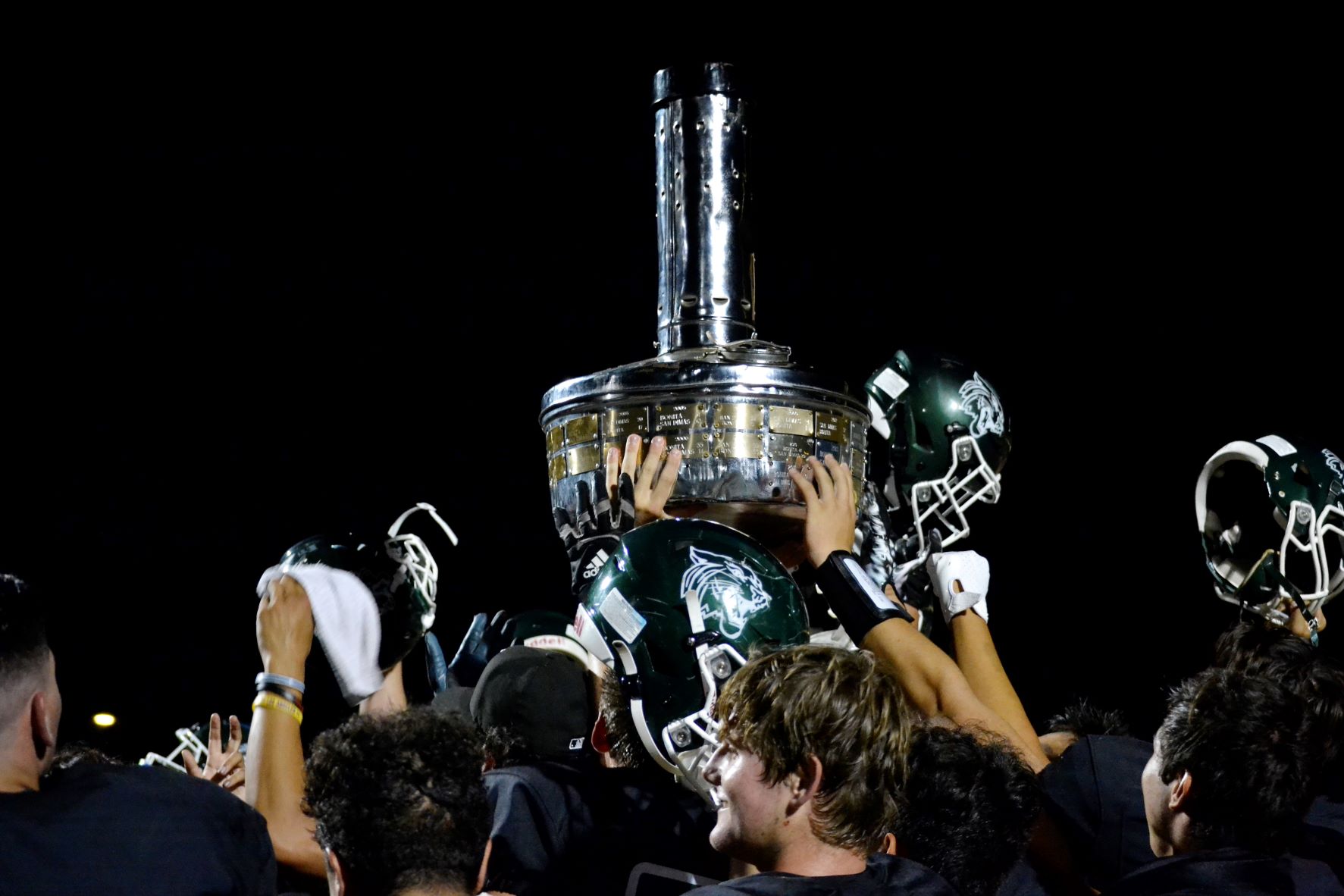