SAN DIMAS/LA VERNE – Bonita Unified School District recognized the San Dimas Sheriff’s Station, Incycle and the Southern California Velo Cycling Club (SCVelo) at their Board of Education meeting on Feb. 2, celebrating their generous donation of bicycles, helmets and toys to students during the holiday season.

Incycle and SCVelo donated bicycles to the sheriff’s station, which then coordinated with the District to identify students in need. In total, 73 bicycles and helmets were distributed to Bonita Unified students and their siblings in December.

“At Bonita Unified, we work to prepare every student to live their purpose, and we are proud to have community partners who support us in this effort,” Bonita Unified Superintendent Carl Coles said. “It is truly amazing to see the San Dimas and La Verne community come together to support our students in times of need.”

Andrea Calvillo – a single mother with five children enrolled in the District – said the donation was a special experience for her children. When she was unable to fit all the bikes in her car, the sheriff’s station volunteers helped her children ride the bikes back to their house.

“When I was called for the opportunity for my children to receive bike donations, it was very comforting,” Calvillo said. “Seeing these bikes was very rewarding as these durable and reliable supplies were not only something they were excited about, but something I needed as well.”

Coles said the District hopes to continue facilitating these partnerships with the San Dimas Sheriff’s Station, Incycle, and SCVelo and help organize this event for years to come.

“A huge thank you to the volunteers at the San Dimas Sheriff’s Station, Incycle and SCVelo for their partnership and generous donation,” Bonita Unified Board of Education President Derek Bahmanou said. “With assistance from our close-knit community, we will continue to ensure every student will have the opportunity to celebrate the holidays, year after year.”

BUSD_BIKE_DONATIONS: The Bonita Unified School District Board of Education recognized volunteers from the San Dimas Sheriff’s Station, Incycle and the Southern California Velo Cycling Club for bringing holiday cheer to District families through their generous donations of bike, helmets and toys during its Feb. 2 meeting. 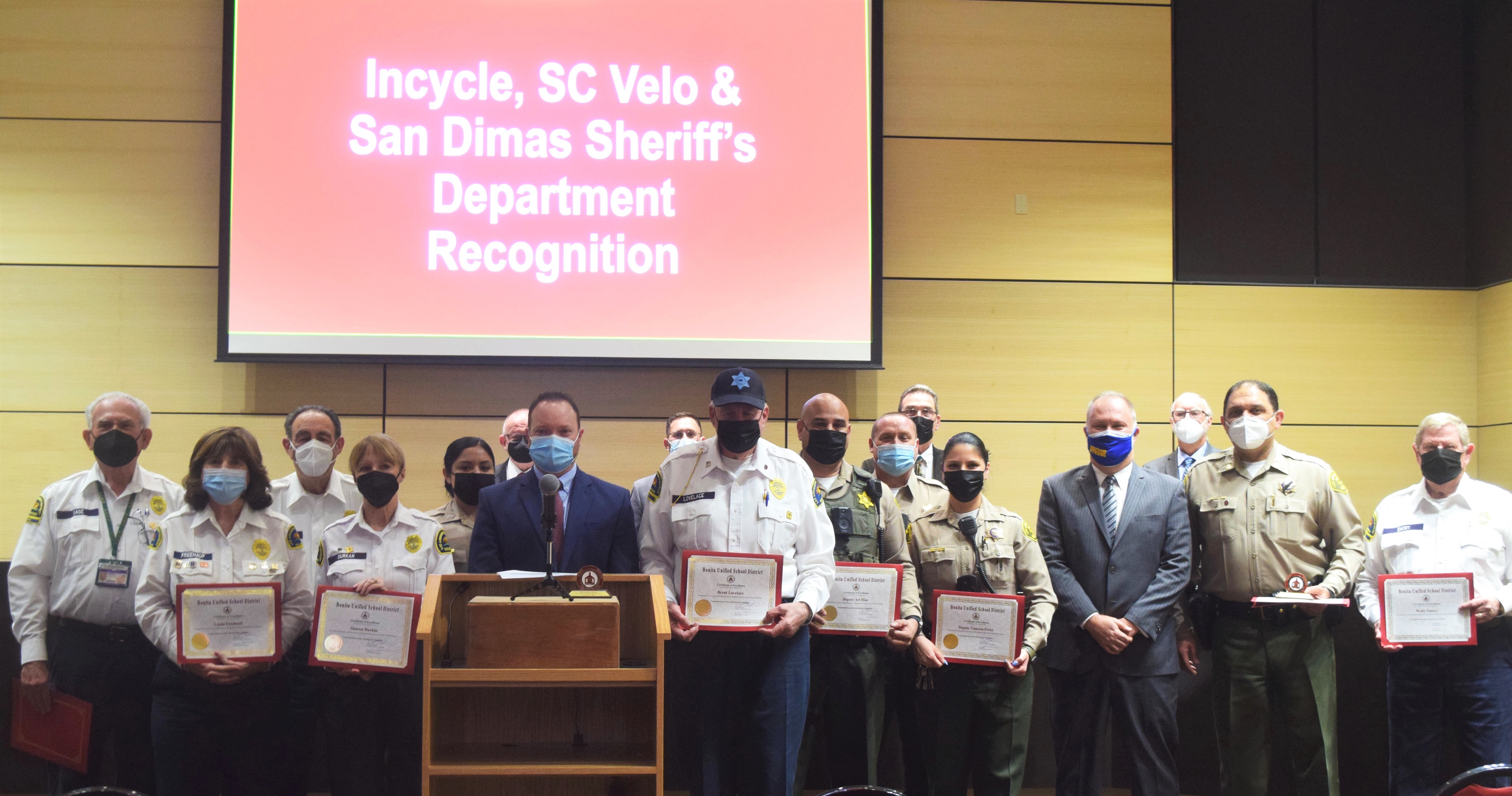